The administration of J&K has cancelled the age-old practice of shifting capitals between Jammu and Srinagar to save resources. 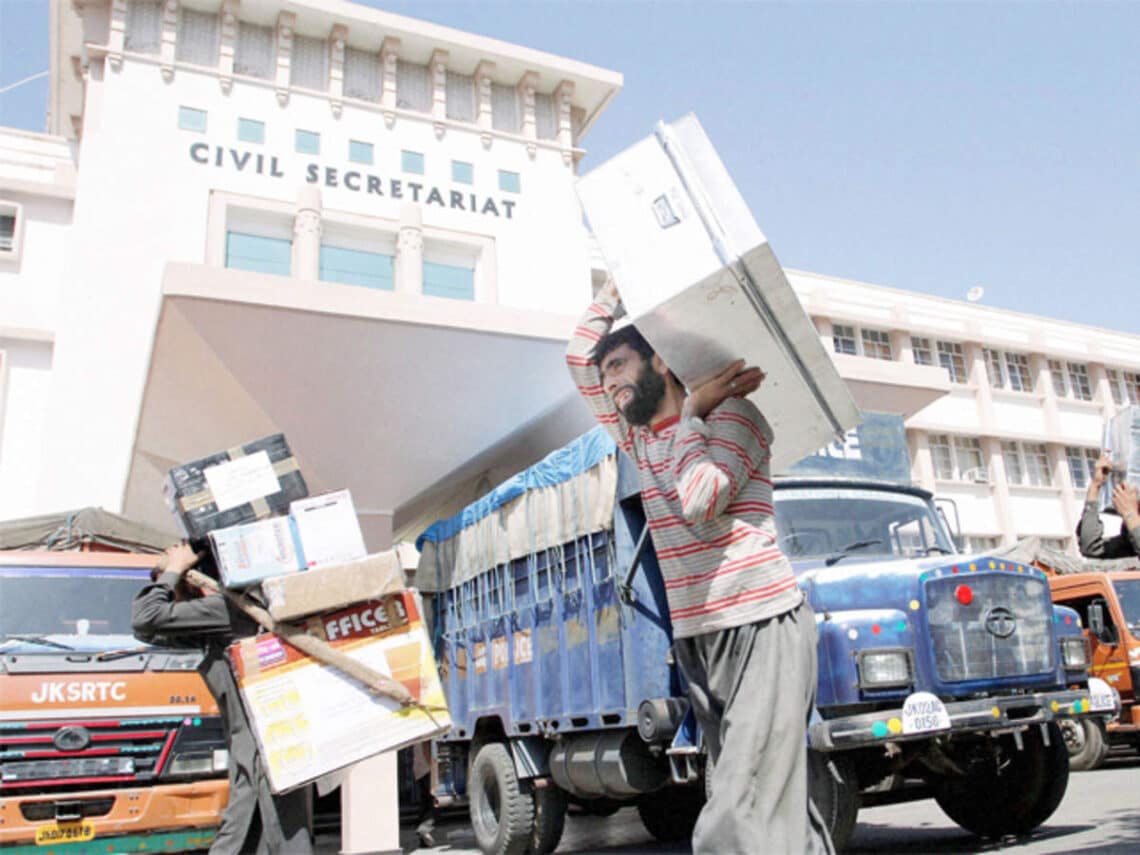 The bi-annual tradition of shifting capitals between Srinagar and Jammu ends on June 30, 2021. The 149-year-old tradition of shifting capitals by moving piles of files, which count approximately a hundred papers in trucks on the highway of Srinagar and Jammu has been stopped. A notice was served to employees to vacate the ‘Darbar move’ related accommodations in three weeks.

The order issued by J&K Estates Department reads, the allotments of offices and accommodation of officials of Srinagar and Jammu have been canceled and directives have been issued to vacate the governmental residential accommodation within 21 days from the issuance of the order.

Srinagar served as the summer capital, while Jammu served as the winter capital. The 8000-9000 employees working in Civil Secretariats followed the tradition of moving their offices around Jammu and Srinagar twice every year.

Maharaja Gulab Singh, the Dogra monarch, inaugurated the tradition of shifting offices in 1872. The tradition was continued after the independence in 1947, the office shift played a vast role in the interaction between two groups, diverse in linguistic and cultural values.

Former Chief Secretary of the Union Territory B.V.R Subrahmanyam urged the government on March 31, to switch to the paperless e-office. The administration agreed that switching to the e-office will avoid wear and tear and associated transportation costs.

The then Chief Justice Gita Mittal and Justice Rajnesh Oswal of the Jammu and Kashmir High Court in 2020 suggested the discontinuation of the shifting capital tradition because “it burdens the exchequer.”

The court observed that the money, resources, and time might be saved by switching to an e-office, and the amount saved could be utilized towards the welfare of the Union Territory (UT) and the protection of the culture and heritage of various communities in the territory.

On June 20, Lieutenant Governor Manoj Sinha said the administration no longer required switching capitals between Jammu and Srinagar due to the completion of the transition to e-offices. Hence, the six-month basis switch, ‘Darbar Move’ will be halted.

The officers allotted during the Dabar move have been asked to vacate. The decision to end the 149-year-old tradition will save the exchequer Rs 200 crore each year which can be utilized for the welfare and functionality of Jammu and Kashmir.

The formal end to the tradition implies that the employees in J&K will remain stationed in either Jammu and Kashmir. The order issued by M. Raju, the commission secretary at the estates’ department cancels the residential accommodation of the officers and officials in Srinagar and Jammu.

The estate department has 4,678 dwelling units in Jammu and Kashmir, of which 3,200 units belong in Jammu and 1,478 units in Srinagar. Many of the employees also have private accommodation which has been provided by the government.

The list issued names of the employees whose residency has been canceled and who have been asked to vacate the area in the following twenty-one days from the issuance of the order.