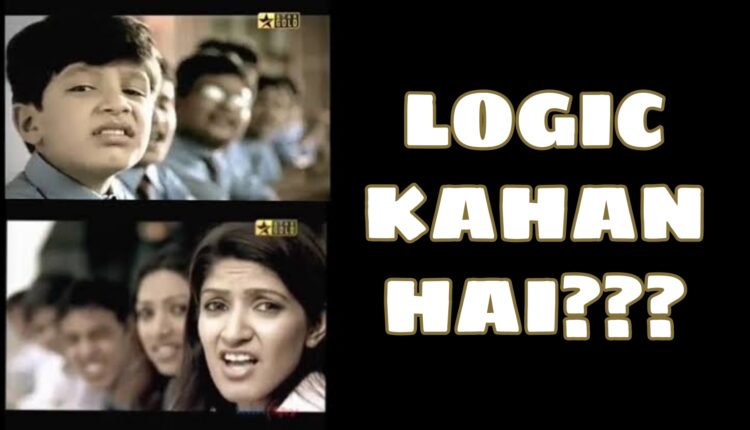 Where on one hand, Indian films have given us some iconic films, they have also given us some head-scratching illogical scenes. Let's go through some of them...

Indian Cinema is a vast film industry with the world’s largest number of feature films. No doubt the shooting requires tremendous efforts and is quite interesting to watch but at the same time, Indian movies defy all the theories and laws of physics.

Today, TSA has brought you 5 such scenes from the Indian film industry which you and I have ignored at our earlier watches, after reading this, I’m sure you won’t be able to do that.

In the climax scene of Race 2, Saif Ali Khan and Deepika Padukone were in an aeroplane which was about to crash as John Abraham has shot the pilot dead. But before the audience could see a tragic ending for the two, Saif drove a car out of the crashing plane and to top it off, four parachutes popped out from that car and that is how Saif and Deepika were saved.

Abbas-Mastan deserve a standing ovation for such a safe landing, no?

Shah Rukh Khan, the Badshah of Bollywood has one of the most illogical scenes in his iconic movie, Main Hoon Na. Scientists should learn something from our directors and writers. They are still struggling with the science theories and laws and here our directors are making us awestruck with their moves.

While chasing down a rival, Shahrukh’s character, Ram balances himself in the mid-air by the support of a rickshaw in an action scene. He was riding the rickshaw at high speed and made it jump from high land. Amidst that, we saw him balancing himself in a landscape position, parallel to the land in mid-air and making a gun-shot towards his rival, Khan.

Now he deserves a prize, doesn’t he?

Who needs huge weapons to destroy enemies when we have Hercules in our industry 😅 I’m talking about none other than Tiger Shroff. In his movie Baaghi 3, he showed so much strength that he took down helicopters and tanks like a cakewalk. Even Hercules would have been jealous if he had known Bollywood has Tiger.

But before we move onto the next movie, let’s applaud the writers for such an imagination 👏(not missing the sarcasm, are you?)

In Dhoom series, there are a lot of scenes which challenges science and logic. But the most illogical one has to be the one where Aamir Khan drove a bike on a rope and soon the bike changed into a jet ski within seconds.

What do we say now? All laws of science and inventions failed in front of this, right?

No, this is not Ajay Devgan we are talking about here, but wait! that makes me wonder, I could dig into some of his movies but that’s not the point here. Let’s talk about Telugu Singham. Well, this is one of the many famous south movies which drives us to only one possible condition that the question of logic, science or physics no longer exists. In a scene of this movie, the cop used a banana to harm the goons. Yes, you read it right! A banana!!

But before you think nothing could be illogical than this, let me tell you that this movie also features a scene towards the climax, where a live chicken was used to kill a man. No, I’m not kidding. An alive chicken was used in a bow instead of an arrow and the boom! The man was killed.

These were only some of the films which showcased illogical scenes, but the list is too long, let us know in the comments section if you want to know them all. For more such content, keep checking our entertainment section.