by Ahzam
in Politics
Reading Time: 3 mins read
A A 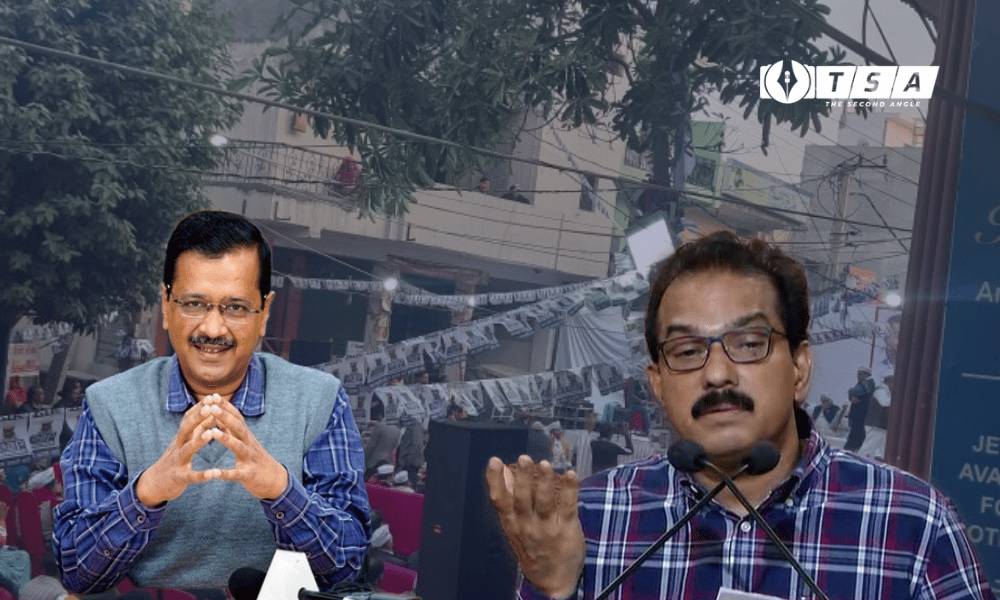 Arvind Kejriwal, the Delhi Chief Minister and convenor of the Aam Aadmi Party (AAP), announced an alliance with Kerala’s Twenty20 Party on Sunday (May 15). In Kochi, the AAP chief stated that if people in Kerala want development and free electricity, they should vote for the AAP alliance. Still, if they want “riots and corruption,” they should vote for other political parties.  “Now, there will be four political alliances in Kerala–LDF, UDF, NDA and the name of our alliance will be People’s Welfare Alliance.” Kejriwal addressed the crowd underlining AAP’s journey over the past several years in the country.

He also made comparisons to Punjab. The AAP had repeated its sweeping victories in Delhi in Punjab, saying “Do you know who defeated Chief Minister Charanjit Singh Channi? A technician at a mobile shop”. This, he claims, is possible because of the corruption-free governance that prioritizes welfare. He cited the benefits of free electricity and water, as well as healthcare and education reforms as among the AAP’s greatest achievements.

Following his landslide victory in Punjab earlier this year, Kejriwal travelled to the South. During the same elections, the party registered in Goa and hopes to gain traction in Gujarat for the state elections later this year. Kerala had long alternated between the Left-led LDF and the Congress-led UDF.

However, in the most recent election, the tradition of voting out the incumbent was broken, as the Pinarayi Vijayan government was re-elected to a second term. With a single-seat, the BJP has also gained a foothold in the state.

The Twenty20’s Tussle With The Kerala Govt

The conflict between the corporation and the state government arose following a series of inspections at Kitex’s manufacturing unit and premises by Kerala’s labour and health department. Jacob’s entry into politics was said to be the source of the conflict with the government.

Jacob claimed that businessmen like him were “harassed” during the inspections. He also threatened to leave the state unless the “ease of doing business” improved. The Twenty20 party chief stated that there has been a lot of political violence in Kerala under the Pinarayi Vijayan-led government.

“Nearly 32 (political) murders occurred during the first Pinarayi government’s term,” he said. John also claimed that the state government’s debts were growing and that if this continued, the state’s situation would worsen to that of Sri Lanka.

Does Twenty20 Have Any Political Experience?

The lesser-known party with which AAP has made an alliance is a corporate-backed party, which brings the question – Does it have any political experience?

The Twenty20 is a small political party backed by the KITEX Group. It is a major garment company and the world’s second-largest producer of children’s apparel. Twenty20 is the KITEX Group’s CSR (corporate social responsibility) wing.  In 2015, the Ernakulam-based group of companies ventured into politics. It won in four village panchayats in the Ernakulam district last year. The party made its election debut in 2021, contesting a few Ernakulam constituencies. However, it was accused of being the Communist Party of India’s B-team (Marxist). Twenty20 finished third in six of the eight constituencies in which it ran, pushing the BJP to fourth place.

According to a report, it won votes because of the goodwill generated by its CSR activities, like AAP, it was a good option for those seeking a change and alternatives to the state’s traditional parties.

What Is The Aam Aadmi Party’s Vision For The Alliance

Kejriwal hopes to make an impact in Kerala politics through this alliance. Following a landslide victory in the Punjab state Assembly elections, the party is looking to expand on a national scale. AAP has also opened an office in Goa and has its sights set on Gujarat, which holds state elections later this year

The AAP ran in a few Kerala Lok Sabha seats in 2014 but failed to make an impact. It hopes to accomplish this with the assistance of Twenty20. However, the party’s influence is currently limited to panchayats in the Ernakulam district. The PWA faces a monumental task ahead of it.

In his address to the crowd, Kejriwal discussed the Delhi model and how it could be applied to the state. “We will need to form a coalition of 130 crore people in the country,” he said.

The Thrikkakara constituency will hold a by-election on May 31. PWA, on the other hand, will not contest the election. The AAP-Twenty20 alliance has a clear goal in mind: the general elections in 2024.