by Veena Nair
in Politics
Reading Time: 2 mins read
A A 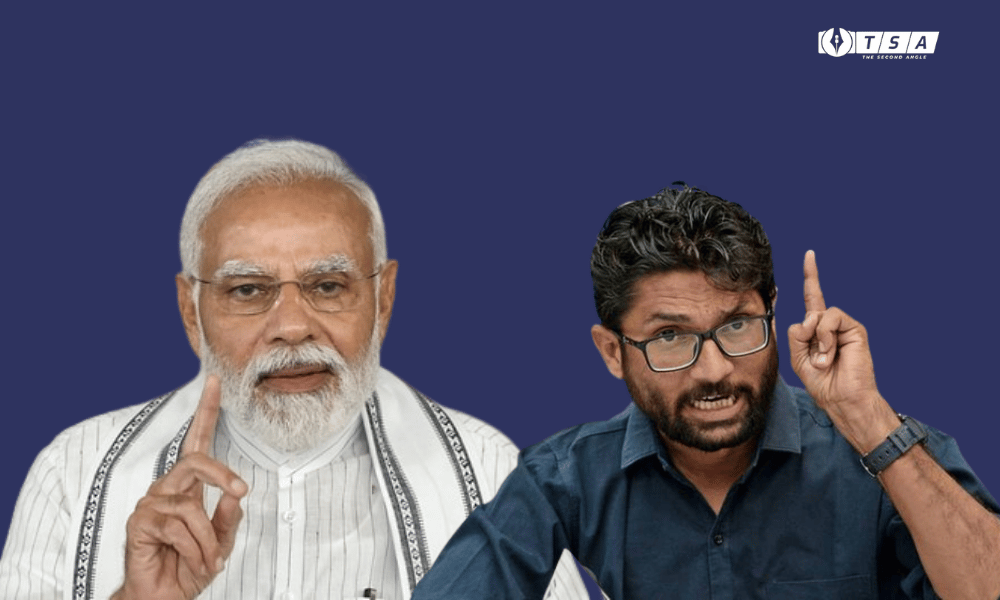 On Wednesday night Gujarat MLA Jignesh Mevani was arrested by the Assam Police for his tweets about Prime Minister Narendra Modi. His aide Suresh Jat informed that MLA Mevani was arrested in Palanpur city at 11.30 pm and then taken to Ahmedabad. Later from there, Jat said, Mevani was flown to Assam.

When the arrest took place, Assam police refused to show any documents or give any reasons behind the arrest. After a group of Congress leaders and his supporters made it an issue by protesting outside Ahmedabad airport the police were forced to show a document that said a case has been filed against his tweet.

Mevani who is an independent MLA from the Vadgam constituency in Gujarat had extended support to the Congress in September. He didn’t join the party and said that he will remain an independent candidate.

A resident of Bhabanipur in Kokrajhar district in Assam, Arup Kumar Dey had registered a complaint against Mevani. The complaint mentioned his tweets posted on April 18. Mevani wrote on Twitter that “Modi worships and considers [Nathuram] Godse as God”. Nathuram Godse assassinated Mahatma Gandhi in 1948.

The complainant further mentioned the MLA’s advice to Modi to appeal for peace and harmony during his April 20 visit to communal violence-hit sites in Gujarat. Dey has accused of the tweet having the potential to disrupt peace and harmony. The complaint said that tweet “has the propensity to disturb public tranquillity, prejudicial to maintenance of harmony among a certain section of people”.

The two tweets which are the centre of the controversy have been withheld by twitter on “legal demand”.

According to the report in Scroll, Mevani has been charged with India Penal Code Sections 120B (criminal conspiracy), 153A (promoting enmity between communities), 295A (deliberate and malicious acts, intended to outrage religious feelings of any class by insulting its religion or religious beliefs), 504 (intentional insult with intent to provoke breach of the peace), 505(1)(b),(c),(2) (whoever makes, publishes or circulates any statement, rumor or report likely to cause any officer not to discharge his duty, cause fear to the public, incite a community to commit offenses against another community) and Section 66 of Information Technology Act.