by Mantasha Naseem
in Featured, Politics
Reading Time: 5 mins read
A A 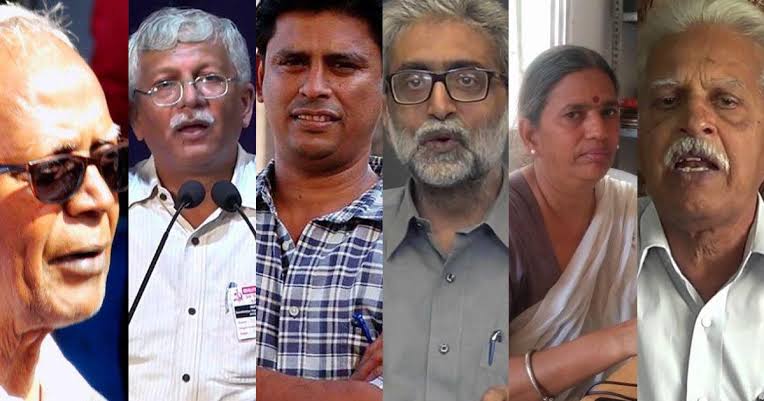 The police investigation into the incident led to the arrest of several activists who they contended had “Maoist links”. The police contended that they sponsored the Elgar Parishad meeting on December 31, 2017, where provocative sermons were made, leading to the turmoil.

So, What is Bhima-Koregaon?

Bhima Koregaon is a tiny village in the Pune district of Maharashtra with a strong Dalit-nationalist historical connection. On January 1, 1818, a Dalit-led British Army had overthrown a Peshwa army, headed by Peshwa Bajirao II, in Koregaon.

The war accomplished a legendary reputation for Dalits, who contemplate the win as a victory of the Mahars against the mistreatments perpetuated by the Peshwas.

A pillar, recognized as Vijay Sthamb (victory pillar), was inaugurated by the East India Company in the recollection of those who battled for them in the war, that thousands of Dalits come to pay tribute every year on January 1.

What transpired at Bhima Koregaon on January 1, 2018?

The year 2018 marred the 200th year of battle and thus there was a huger meeting at Bhima Koregaon as compared to previous years. During the celebrations, there were brutal conflicts between Dalit and Maratha groups, transpiring in the death of at least one person and damages to several others.

Uncertainties had started fuming on December 29, 2017, the day Govind Gopal Mahar’s memorial was found wrecked. The incident found an explanation in the Elgar Parishad, a huge public meeting organized by Dalit and Bahujan factions on December 31, 2017. Police have proclaimed that provocative sermons were made in the event that led to the turmoil the next day.

According to testimonies, violence exploded when some groups holding up saffron flags infiltrated the scene.

The FIR filed by the Dalit groups was ignored, a petition was filed in the Bombay High Court demanding accountability. The Bhima Koregaon Commission of Inquiry launch in February 2018 to look into the turmoil against Dalits was suddenly discontinued in April 2020.

To date, no action has been taken against any of the impeached.

Since, the 6th June, 2018, Sixteen individuals across India have been charged under the Unlawful Activities Prevention Act (UAPA). They are human rights defenders struggling for the democratic rights of India’s poorest and most oppressed: Dalits, Adivasis, indigenous peoples, and women. All of them have been bold analysts of Hindutva.

What are the Charges and Procedural irregularities:

In a planned endeavor to establish fear, unrest, and misinformation, eye witness testimonies were ignored, and a case against 16 individuals was built over three years by conflating incidents and falsifying evidence.

These sixteen political prisoners have been accused of acting on behalf of illegal Naxalite and Maoist organizations, Planning to massacre the Prime Minister, and Making provocative speeches at the conference in Bhima Koregaon. It is crucial to note that none of the accused was physically present at the 2018 incident.

As the accused rot in jail, the case against them is fraught with irregularities:

1.Baseless testimonies
2.Unjustified pre-trial confinement
3.Denial of bail
4.Falsified evidence
5.Gross delinquency by the Police and the National Investigation Agency
6.Charges without witnesses, seizure of reports without due process
7.Police leaking inaccurate documents to the press
8.Prejudicial public testimonies by the Police
9.Statements by the Police challenging the Courts’ authority over these cases

10.Filing of penalties without evidence.

An outline of the case submitted by the investigation agency makes it abundantly apparent that the data submitted before the court has contended without evidence and altered evidence presented as a fact of conspiracy.

Both of these languish the basic test of evidence under the Indian criminal jurisprudence. Arsenal, an international team of forensic analysts, performed an independent examination of a clone of the computer, hard drive, and associated USB drive of Rona Wilson’s, one of the Bhima Koregaon (BK) 16 political prisoners.

The forensic report by Arsenal found that the computer was jeopardized for over twenty-two months and that the assault was planned for two reasons: surveillance and planting implicating documents using NetWire, a remote access malware infrastructure.

The top 10 documents utilized in the charge sheet against Rona Wilson and other BK16 political prisoners were all rooted by the attackers. For each of the ten documents, Arsenal was able to observe the time and date of creation and the specific session during which files were rooted.

In the report, Arsenal depicts this attack as “one of the most serious cases of evidence tampering” ever experienced by his team.

Since the report was publicized Rona Wilson has addressed the Bombay High Court with a plea to quash the FIR against him and the other Bhima Koregaon political prisoners.

The plea contends that “he and the co-accused are being charged with mala fide intentions, institutional assistance, with politically encouraged agenda, through which they have heightened the institutional bias against him and other co-accused. He is being targeted for his political views through falsified and untrue evidence.”

“Well, the burden of proof rest on who asserts, not on who denies”.

The examination raises some impossible questions about the nature of charges, the proof, and the procedural incorrectness that define the prosecution of the Bhima Koregaon political prisoners.

The first charge sheet was documented by the Pune Police in November 2018, which carried over 5,000 pages. It had named activists Sudhir Dhawale, Rona Wilson, Surendra Gadling, Shoma Sen, Mahesh Raut, alleged to have “active links” with the banned Communist Party of India (Maoist), and accused activists of planning to kill Prime Minister Narendra Modi.

A supplementary charge sheet was documented later in February 2019, against human rights activists Sudha Bharadwaj, Rao, Arun Ferreira, Vernon Gonsalves and forbade Communist Party of India (Maoist) leader Ganapathy. The impeached were arrested for “waging war against the nation” and dissipating the ideology of the CPI (Maoist), besides organizing caste disputes and hatred in the society.

Eight people who have been listed in the NIA charge sheet for the January 2018 violence are former IIT professor Anand Teltumbde, his brother Milind Teltumbde, activist-journalist Gautam Navlakha, Delhi University associate professor Hany Babu, three partners of the cultural group Kabir Kala Manch and Stan Swamy. Of them, Milind Teltumbde has been titled as an absconding accused and top investigator of CPI (Maoist) in the charge sheet.

Modi’s cornerstone UAPA: a law or a loose?

US national security under threat by Five Chinese companies-FCC