Addressing virtually on July 1, the Chief Justice of India (CJI) highlighted the issues faced by the health care workers and have asked the government to provide immediate attention to the industry. 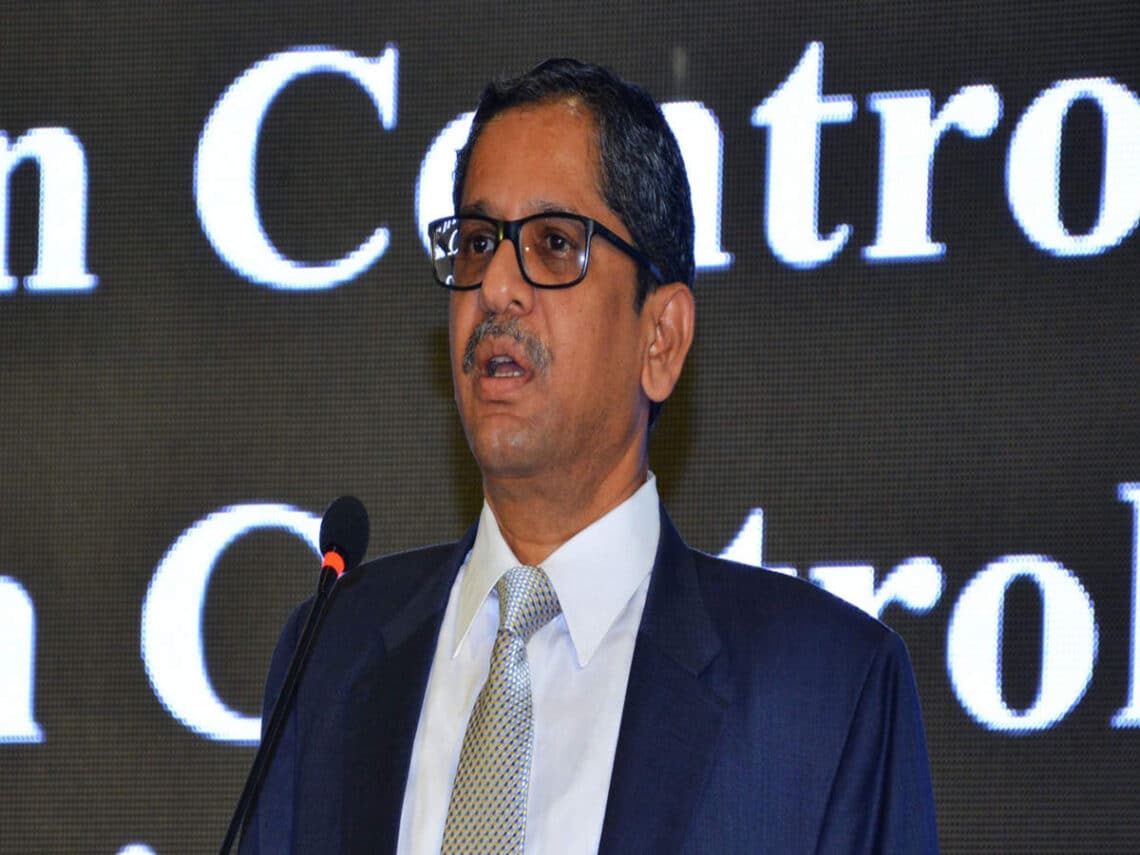 National Doctor’s day was celebrated on July 1. On this occasion, healthcare workers were lauded for their contribution to combatting the pandemic.

However, the Chief Justice of India (CJI) N V Ramana raised concerns about the government not providing priority to the medical sector.

He addressed the issues of violence against healthcare workers, especially during the Covid-19 pandemic.

The Chief Justice of India highlighted factors that cause concern in the medical field, including insufficient medical workers, outdated technologies, poor infrastructure, and government negligence towards the healthcare industry.

The Chief Justice of India launched a diabetes awareness campaign called ‘Defeat Diabetes’ by the Research Society for the Study of Diabetes in India on Doctors Day.

He further stated medical science negligence in the rural areas has led to the spread of myths regarding diabetes, including the preconceived notions that diabetes either leads to obesity, or it is contagious.

Justice Ramana expressed his concerns that doctors struggle to earn a decent salary after years of training. The Indian Medical Association (IMA) stated that 798 doctors lost their lives during the second wave of the Covid-19 pandemic. Justice Ramana expressed his condolences to the families of the healthcare workers who lost their lives during the pandemic.

He said that when hospitals were administering both physically and emotionally vulnerable patients during times of despair, doctors were in front, taking utmost care of the patients.

The doctors worked tirelessly for 24 hours in their PPE kits without proper food, ventilation, or restroom. It is saddening to see that the government is not paying attention to the needs of the medical industry, he said.

While delivering his speech, he asked why doctors are facing the fault of someone else’s mistake. The medical bodies and agencies in government should work alongside to address such concerns and work comprehensively towards the solution.

During the pandemic, the violence against healthcare workers has increased. A study conducted by the Indian Medical Association (IMA) revealed that 75% of doctors in India had faced physical and verbal abuse.

One such incident was noted in Assam, Dr. Seuj Kumar Senapati who was working at the Udali Covid Care Centre (CCC) was assaulted by more than 20 relatives of a Covid-19 patient who passed away due to complications.

The video showcasing the assault made rounds on social media, and the Assam police arrested the accused. The Hojai unit of the Indian Medical Association issued a letter to the deputy commissioner of the police urging them to provide all hospitals with security cover, CCTV cameras, and electricity.

Chief Justice Ramana said that even after eight to nine years of practicing and learning in medical universities. The doctors are unable to establish their careers in decent hospitals due to a lack of infrastructure and growing competition.

The doctors, who are good and qualified, struggle to earn a decent salary and later are blamed for profiteering by corporates and investors since the traditional family doctor system in India is vanishing.

He also stated there is a need to increase awareness about polio and tobacco by pitching campaigns through the efforts of medical agencies and governmental departments.

He said when the medical professionals are provided with adequate jobs, infrastructure, salary, and respect, only then can we wish them wholeheartedly on doctors’ day.

He signed off with a heartfelt quote, “Watching you suffering is destroying my heart, we healthcare workers are falling apart.”

Rojgar Bazaar by Delhi Government saw a surge in job-seekers, indicating an increase in unemployment