Drugs Over Food: The upsurging substance abuse amongst the homeless children in India

The charm and shine of the street dim the harsh life of the homeless children of India. But the question is, what really pushes them to cling onto drugs?

“Price of each drug varies from Rs 50 to Rs 160 which lasts for about one or two days.” Said Rehman (name changed), an 11-year-old homeless and addicted kid who lives in Aligarh, Uttar Pradesh.

The streets of India hides a dark reality behind all the shine and sparkle. If someone asks you to imagine your childhood days how would you picture it? Playing with toys or dancing in the rain? Or collecting money to go to the fare and riding back home with ice cream on one hand and a bag full of toys on the other, right? But this is not what a homeless child in India would answer. For them having a meal a day is a blessing. But sometimes running away from haunted life is not an option when meal-less days hits hard. To blur the gloomy life seems like an only option to them and what calls next? Drug.

A notable number of homeless children are falling for substance abuse which mainly includes inhaling so-called “solution”, a common substance used in tyre repairs because of its easy access and low cost of barely Rs 50 according to Rehman. The video of a 13 years old boy, Kamlesh, who ran away from Bhopal, a city in Madhya Pradesh, went viral but that was it, despite him mentioning the start of his addiction from “beedi” to cigarettes, from cigarettes to solution yet it was just another video to overlook and laugh.

Rehman,11 and Nisar (name changed), 13 are both homeless and addicted but lives together to fill the void of having a family. “Our parents kicked us out of the house because of our addiction so now we stay in groups under a bridge, there we beg for money and sometimes fake our wounds to earn some more money,” stated Rehman. but the idea of drugs and substance abuse is not caged amongst one gender. “even girls of my age are into drugs, age and gender varies but the only thing that is common among most of us is that we are homeless except for one or two, they live in a jhuggi.” added Nisar.

Children with disadvantage backgrounds start their mornings in the streets from begging to pickpocketing and to omit the darkness they cling onto drugs from solution to heroin that costs around 1,500 rupees per gram that gradually turns them into hard-core addicts. The cost of 1kg heroin in the international market is about 6 crores and cocaine, on the other hand, is much costlier. “The shop keeper who sells these drugs doesn’t care about the age of the customer. He only cares about the money and would willingly sell these drugs to a 5 years old child.” protested Nisar. 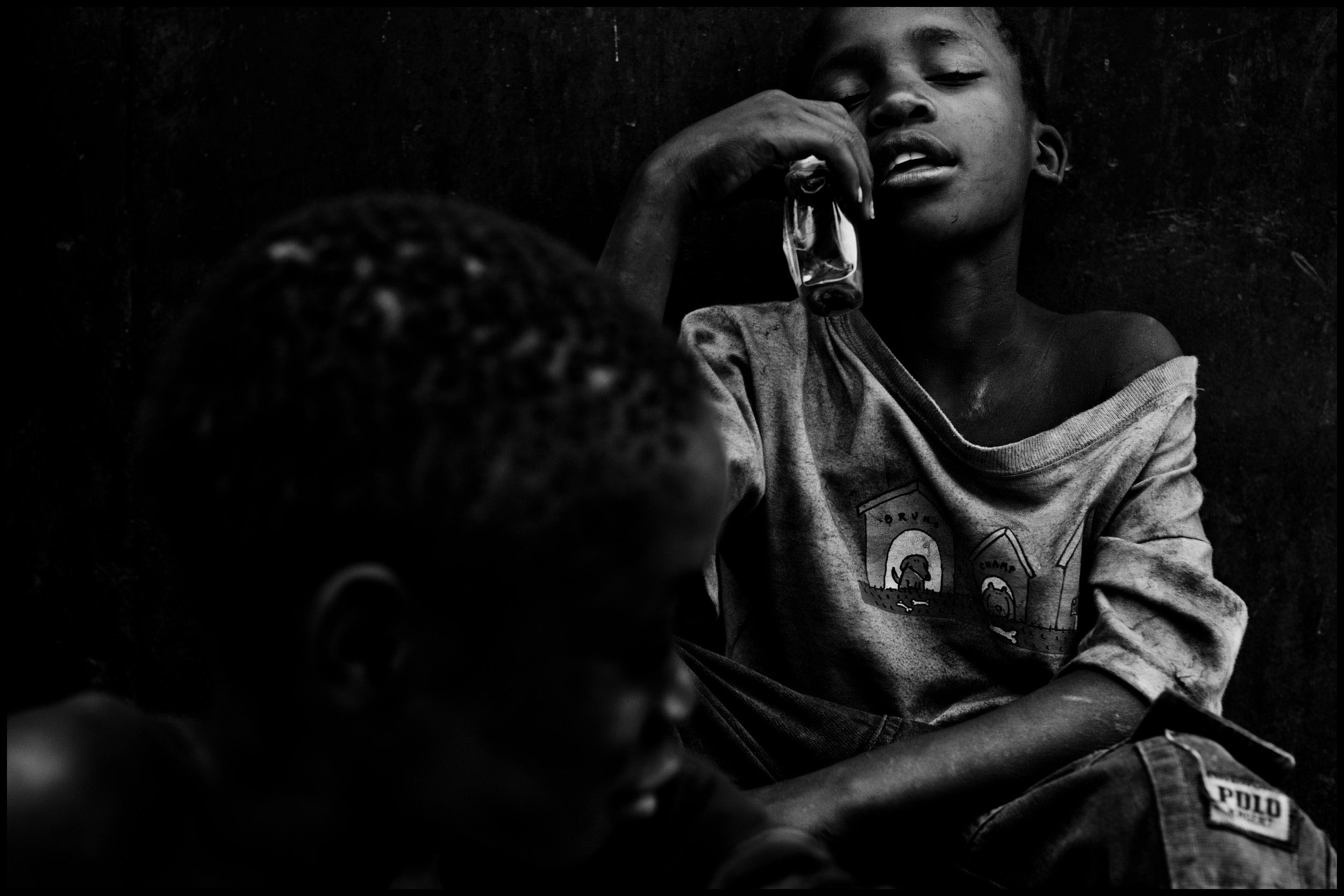 According to the Ministry of Social Justice, more than 90 per cent of street children in Delhi are addicted to drugs. In 2017, 46,000 cases of substance abuse by street children were reported in Delhi, of these, most of them were founds to be addicted to tobacco, followed by alcohol, inhalants and cannabis.

A report jointly published by the UN Office on Drugs and Crime and India’s Ministry of Social Justice put forward an embarrassing data. India whose population is just over a billion, 8.75 million use cannabis, 2 million use opiates and 0.6 million use sedatives or hypnotics. About 25% of users of opiates and cannabis are likely to seek treatments.

“The drug abuse is an exclusively urban phenomenon is a myth.” Said Gary Lewis, the South Asian regional representative of the UN Office on Drugs and Crime.

Addiction plagues almost every homeless child in the streets. Children are often privy to exploitation and physical and mental abuse due to familial stress, depression, and drug abuse this ties into a cycle perpetuating poverty and homelessness. According to UNICEF, nearly 12% of all of India’s children are labourers. Although non-governmental organisations are helping to relieve the homelessness crisis in India, these organisations are not enough because solving this problem won’t be easy, but the solution will come in the form of free de-addiction centers or rehabilitation centers for drug addicts and after proper counselling and therapy they must hope to live well and add discipline to their lives.

A Non-profit organization plays a crucial role in providing shelter and ensuring safety for homeless people, including women and children. One such organisation is Sofia’s NGO which provides 15 Shelters in Delhi to the needy and poor. 1 shelter is for females, 2 shelters are for families and 12 shelters are for males and it is common for everyone. “Mere building of treatment centres will not be enough, and millions of drug users in the community will have to be motivated, informed, and encouraged to come forward to seek treatment,” said Dr Rajat Ray, head of the Centre for Behavioural Sciences at the All India Institute of Medical Sciences, New Delhi. The real issue that needs to be addressed is the pain and suffering street children endure,  finding resources for them so that they don’t need to address their pain with the escape they get from inhalants. Three meals a day costs them more than inhalants. So why do they choose the latter? Drugs make them sleepy so they don’t pay heed to the rumbling stomach. It doesn’t make them feel hungry or cold.

“The kids told us how one trip on the train only earned Rs 10-20, which they use to buy biscuits and small slices of cakes. The small treats did nothing to fill their stomachs, just made them hungry again and forced them to sniff dendrite. Even a rice plate costs Rs 30.” said Kolkata-based Moitrayee Banerjee who has set out to help kids living near the Sheoraphuli railway junction four years ago when she joined the NGO Maha Jiban. These kids were addicted to smelling dendrite, a chemical substance that would kill their hunger and make them drowsy. She has transformed the lives of street children and is certainly not stopping anytime soon.

Sumayya Farid 13 posts 0 comments
Subscribe to our newsletter
Sign up here to get the latest news, updates and special offers delivered directly to your inbox.
You can unsubscribe at any time

Mass Gatherings During the Time of the Pandemic: From Tablighi Jamaat to Mahakumbh…

Denim stays denim: Jeans through the years, what denims have looked like over time,…

Where to Find the Best Organic CBD Products

Explaining Viruses : All you need to know about the pandemic…