by Huda
in News, Politics
Reading Time: 2 mins read
A A 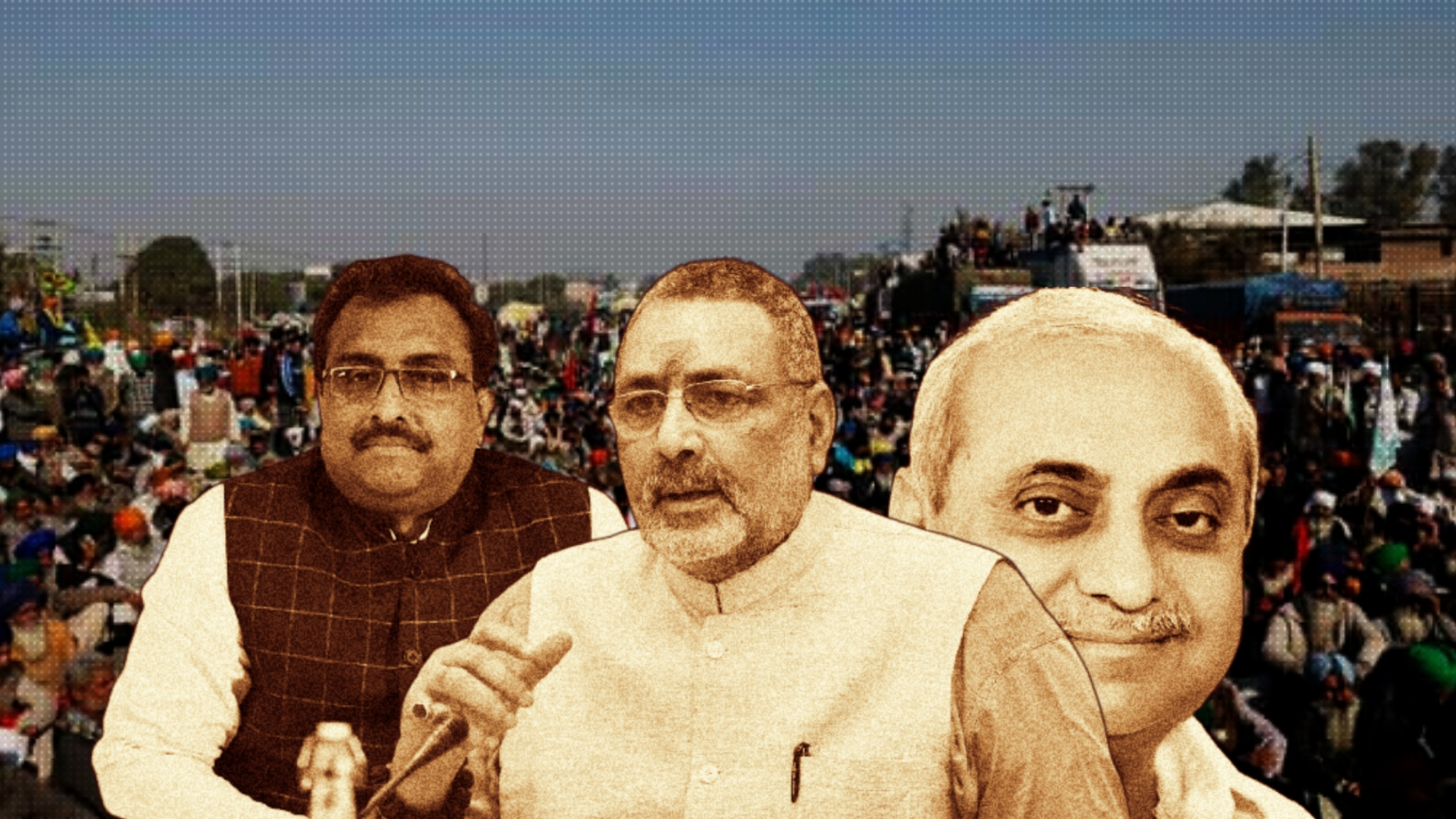 Farmers from Punjab have sent legal notices to three BJP leaders, Union Minister Giriraj Singh, Gujarat Deputy Chief Minister Nitin Patel, and member of Board of Governors Ram Madhav for making defamatory statements on the protests against the farm laws.

Farmers want an unconditional apology and withdrawal of the three BJP leaders’ statements on the ongoing farmers’ protest.

“Statements by several political leaders have not been issued in good faith or with responsibility, but mala fide intent and for oblique motives to further vested interests and defame the protesting farmers,” the statement quoted by ANI.

A Punjab based farmer, Jaskaran Singh Bandesha has sent notice which seeks an apology from the Union Minister Giriraj Singh. Jaskaran said that his remarks were disrespectful towards the farmers who have been giving their blood and sweat to India.

Ramneek Singh Randhwana, a farmer from Jalandhar sent a notice to Gujarat Deputy Chief Minister Nitin Patel for his statement, “In the name of farmers, anti-national elements, terrorists, Khalistanis, communists and pro-China people have sneaked into the agitation… We can see them having pizza, pakodi… All that is coming free of cost… Anti-national elements are giving them lakhs of rupees to stay put…”

Another farmer, Sukhwinder Singh Sidhu from Sangrur, has sent a notice to the member of Board of Governors Ram Madhav for his alleged remarks on farmers’ protest on his Twitter handle.

Aam Aadmi Party’s Punjab co in-charge Raghav Chadda said, his party has provided legal support to farmers. He will provide support to farmers who wish to take legal action against the BJP party leaders for their defamatory statement on farmers’ protest.

The Benefits Of Online Gaming