BJP got 52 wards and its ally got 6 wards, a total of 58 out of 60 in the recently held municipal election in Guwahati.

by Bhavika Samtani
in Politics
Reading Time: 3 mins read
A A 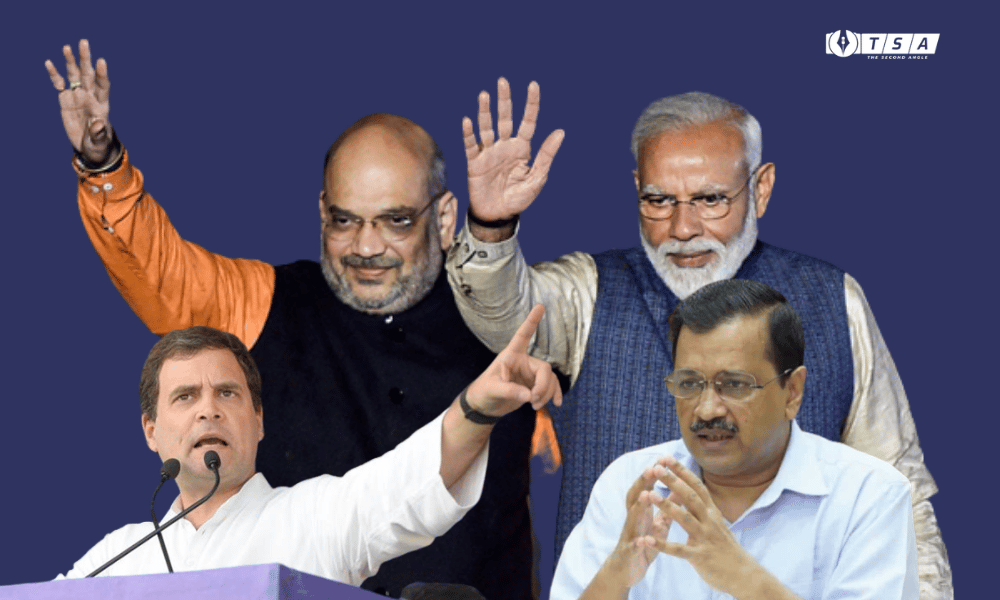 In municipal corporation elections, BJP along with its ally Asom Gana Parishad party received a total of 58 seats in the wards out of 60 seats. Arvind Kejriwal led Aam Aadmi Party (AAP) to get 1 that is 11% vote share and managed to open its polling account for the first time in Assam. And, on the other hand, the regional Assam Jatiya Parishad (AJP) also managed to register a win in 1 ward. However, the central opposition party, Congress, could not manage to win even a single ward with 14% of the vote share and was completely dispossessed in these local bodies’ polls.

Congress has lost the seats that it won previously. Just like in Punjab, AAP is giving a tough competition to Congress and made its registration by eliminating Congress from the ground. Last time Congress had a 22% vote share in the local body election, which has significantly declined.

Notably, election in this local body is held after a nine-year respite, with EVMs being used for the first time in all 60 wards under the Guwahati Municipal Corporation.

In total, 197 candidates were in the fray in 57 wards, whereas BJP candidates in three wards have already been elected uncontested. Interestingly, both the AAP and AJP’s winning candidates are Muslims. It is not clear why the AAP did better than the AJP, despite the latter being a party from Assam.

Peak to the scenario of Winning Party

Attaining fortune from Panchayat elections to Rajya Sabha elections, the BJP party now sweeps the Guwahati civic elections results that were out on 24th April 2022.

Since the BJP formed the government in 2014, it has appeared as a strong and potent electoral force. In this national politics, it has two real engines of governance that are pulling the party to the destiny of vote banks. Across the board, it is no secret that bureaucracy is the most empowered change that has been brought in the tenure of the BJP. First, “Empowerment” has been the pet theme of the party since the beginning, which has been securing the BPL and middle-class vote banks. And since 2019, the party has done its best to marginalize the emergence and association of regional parties in Kashmir.

Secondly, PM Modi’s conservation talks and actions for Temples. The inauguration of Kashi Temple has proved this recently. Queen Ahilyabai Holkar is known as an incredible leader for creating and securing a significant number of temples throughout the country in the 18th century, the BJP pursues to project PM Modi as the only Hindu leader in contemporary India who comes close to her in this effort.

In 2019, roughly half of Hindu voters (49%) supported the BJP, giving the party a majority in the Lok Sabha – India’s lower house of parliament – and allowing PM Narendra Modi a second time to govern the nation. This is providing vote banks to the BJP from all the important domains.

Both in local body elections and state legislature elections AAP is seen changing the politics. Earlier in Punjab elections, and now in Assam, AJP rivaled 24 seats about the AAP’s 43 and secured 3.9% votes. It had secured about 5 percent of voters in the 4 Kamrup metro seats in the 2021 Assembly polls. On the other hand, for four elections in a row – 2014, 2016, 2019, and 2021 – the Congress had flunked giving the BJP a decent fight in Guwahati polls. It has shares of less than 30% in previous local body polls.

Also, Checkout: Bulldozer Politics and its Aftermath: A look at the series of events