by Kazima Abbas
in News, Politics
Reading Time: 3 mins read
A A 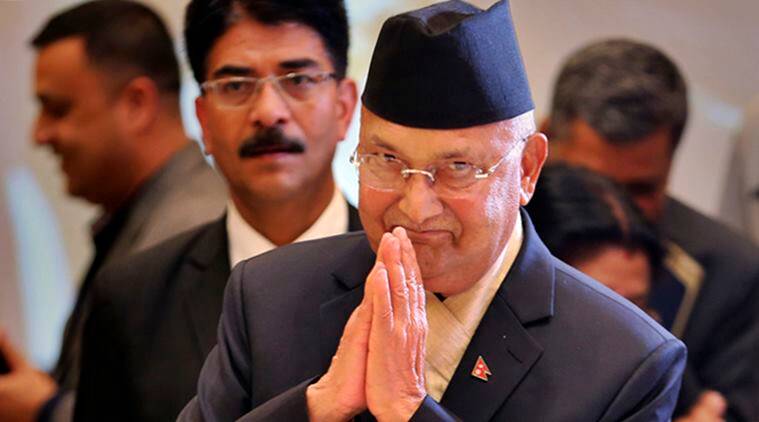 A high-level Chinese delegation led by the Vice Minister of the Chinese Communist Party arrives during the political and constitutional crisis in Nepal on December 27.
China had sent Guo Yezhou, Vice Minister of the International Department of the Chinese Communist Party as the head of a four-member team to prevent the subsequent split in the ruling NCP and to resolve the matter of the dissolution of the House of Representatives.

He held a meeting with the leaders of Opposition Party Pushpa Kamal Dahal and Madhav Kumar Nepal and discussed the possibility to reunite NCP.
Guo had once in February 2018, arrived in Kathmandu and was partly responsible for bringing together two opposition parties, the Oli-led communist party of Nepal (Unified Marxist-Leninist) (CPN-UML) and Prachanda-led NCP (Maoist Centre) (CPN-MC) to form the NCP.

Guo will again make efforts to reunite the divided NCP.
“Besides this, the Chinese side has not communicated to us anything about the visit,” the leader told the Post on condition of anonymity.
“China has carefully chosen and sent Gou at a time when unity inside our party is shaken,” a Standing Committee member of the NCP said.

The decision of Prime Minister Oli to dissolves the House of Representatives has been widely criticized in Nepal with many prominent leaders calling it an “irresponsible,” “unconstitutional,” and “undemocratic” act. People came out on the streets to agitate against this decision made by the P.M of Nepal, the protest was also joined by the large section of NCP led by Prachanda.
Officials from Nepal cannot welcome Chinese delegations. The Kathmandu Post quoted sources at the airport as saying.

“We could not even recognize them because they were wearing personal protective equipment,” the source told the paper.

The distressing political situation in Nepal.

Many leaders of a political party had termed the Chinese series of meeting with the ruling party leader as interference in their political internal matter.
P.M Oli stated he would rather wait and let the Supreme Court take the call on the presidential order. Supreme Court has filed the petition against President Bhandari’s decision dissolving the House of Representative.
India, as a neighbouring country of Nepal, showed concern over the distressing political situation in Nepal.

Moreover, India asserted that it is more on the agenda of China to interfere in the political matters of Nepal, intended to form a government in Kathmandu that is favorable to Beijing.

“We have noted the recent political developments in Nepal. These are internal matters for Nepal to decide as per its democratic processes,” External Affairs Ministry Spokesperson Anurag Srivastava said in New Delhi.
“As a neighbor and well-wisher, India will continue to support Nepal and its people in moving forward on the path of peace, prosperity, and development,” he said.
China’s billions of investment in Nepal has been on the rise in recent years. Under its multi-billion-dollar Belt and Road initiative. This made China one of Nepal’s number one investor.

Moreover, the NCP government became strongly pro-China which is evident as China is being allowed to resolve Nepal’s political internal matters.
Hou Yanqi, China’s ambassador over the years repeatedly mediated between to resolve the split of NCP to ensure the government’s survival.
Meanwhile, the Official says India has not intended to interfere and will allow the crisis to play itself out further, unlike in 2015 when the decision of the constitution led to the blockade at the border.

“If we speak, we are accused of interfering; and if we don’t act or make a statement we would be accused of being cut out of the picture in Nepal,” said an official, explaining New Delhi’s cautious stand.

10 Bollywood Stars and Their Other Citizenship