The CJI of Supreme Court raised questions on why a seventy-five-year-old law predated to the colonial era is still in use.

by Sharmeen Zariwala
in Politics
Reading Time: 5 mins read
A A 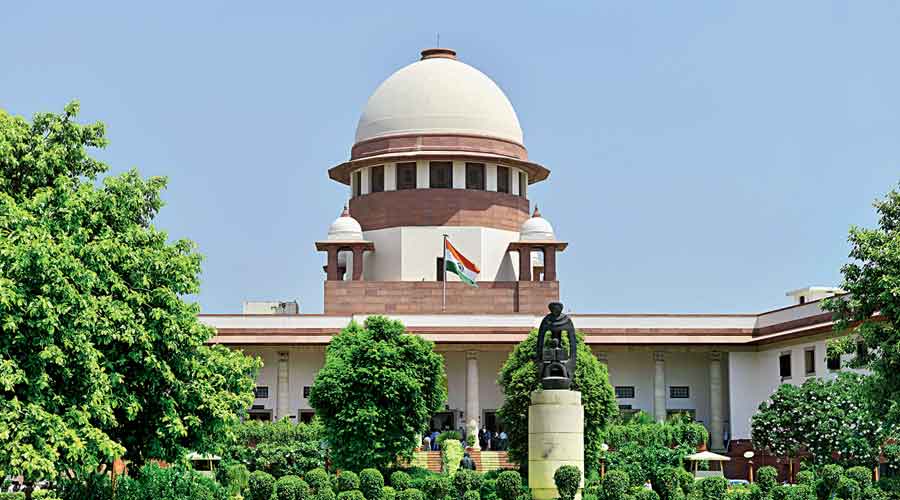 The Supreme Court had raised concerns over the misuse of Section 124A (sedition law) of the Indian Penal Code while hearing a petition on July 15. The Supreme Court said that India still uses a seventy-five-year-old colonial law to aim at charges of sedition, which reflects the lack of accountability of the executive branch.

Retired Major General SG Vombatkere had filed a petition challenging section 124A of the Indian Penal Code. Section 124A is based on dealing with offences such as sedition. The Chief Justice of India, N V Ramana, said to Attorney General K K Venugopal that the sedition charges have been in the IPC since the colonial era, the purpose of the charges was to suppress the national freedom movement.

The colonizers used the law as a way to silence freedom fighters like Mahatma Gandhi and Bal Gangadhar Tilak, said the Chief Justice of India while raising questions on why it is still practised in India.

The bench alongside Attorney K K Venugopal also included Justices Hrishikesh Roy and A S Bopanna. The bench provided suggestions to strike down the law and provide guidelines that can meet the legal purpose of the law. The Chief Justice of India provided the example of the Information Technology Act, which included Section 66A, the section continues to be used in certain cases after it was struck down in 2015 by the court.

The CJI stated his main concerns are the misuse of the sedition law and the negligence by the executive agencies. The bench also raised questions on why the sedition law was singled out when other pre-colonial era laws were struck down.

A bench headed by Justice U U Lalit had filed a similar petition, which has been pending before the court. The court asked the bench to file counter-affidavits. The court had issued a notice to the central government on April 30 after a petition was filed by two journalists – Kanhaiya Lal Shukla from Chhattisgarh and Kishorechandra Wangkhemcha from Manipur.

The Chief Justice said he will be reviewing the petition. A similar case was highlighted by Advocate P B Suresh stating on May 31, a bench headed by Justice D Y Chandrachud had restrained the police of Andhra Pradesh from taking coercive actions against two TV news organizations – TV5 and ABN, who were charged with sedition.

The bench had stated that there is a need for an interpretation of the sedition charges of the Indian Penal Code and its implication on the freedom of the press.

Advocate P B Suresh appeared for a petition filed by Vombatkere challenging the constitutional validity of the law on grounds of it having adverse effects on the fundamental right of speech and expression.

He stated a statute that criminalizes expression on unconstitutionally vague definitions may cause disaffection against the government in charge. And the law imposes unreasonable restrictions on the fundamentally guaranteed right to free expression under Article 19 (1) (a) and as a result, causes a chilling effect on the speech, said the advocate.

The CJI said the apex court is prima facie convinced that section 124A of the IPC has been used to impose authority to adversely affect the rights of free speech and expression of the citizens and the journalists, activists, and dissenters.

Senior Journalist Sashi Kumar had filed a petition before the court noting that there is a sudden surge in people charged with sedition since 2016.

Advocate Kaleeswaram Raj, representing the journalist, highlighted that ninety-three cases were filed under offences related to sedition in 2019, as compared to 35 cases filed under 2016 which accounts for a 165% increase in the sedition cases. From the 93 cases filed for sedition, charge sheets were filed under only 17% of the cases, while the conviction rate is as low as 3.3%.

A report filed by the National Crime Records Bureau has reported that twenty-one cases of sedition were removed in 2019 due to lack of evidence, while six cases were of civil dispute and two cases filed are false in change.

Justice D.Y. Chandrachud had stated that it is time to evaluate the limits of sedition. He made those comments over the surge of use of sedition law against citizens of the country who had shared grievances about the government’s handling of the Covid-19 pandemic, or citizens actively seeking assistance in arranging medical equipment, oxygen cylinders. The Editors Guild of India had also filed a case before the court for squashing the sedition law under the IPC.

Former Union Minister Arun Shourie had filed a separate plea before the Supreme Court urging them to declare section 124A of the Indian Penal Code (IPC) as unconstitutional.

He cited Navtej Singh Johar v. Union of India and Joseph Shine v Union of India cases in which the court held that the assumption of the degree of constitutionality does not apply to the law made before the inauguration of the Constitution, as they fall under the category of laws made by a foreign legislature.

Selling kidneys Became The Last Resort For People Of Assam's Dharamtul Village: A Tale Of Poverty And Debt