What Is The Ministry Of Cooperation Really About?

On July 7th, the country witnessed a cabinet reshuffle whereby the Government announced a separate Union ministry of Cooperation; which was looked after by the ministry of agriculture up until now.

by Muskaan Ayesha
in Politics
Reading Time: 3 mins read
A A 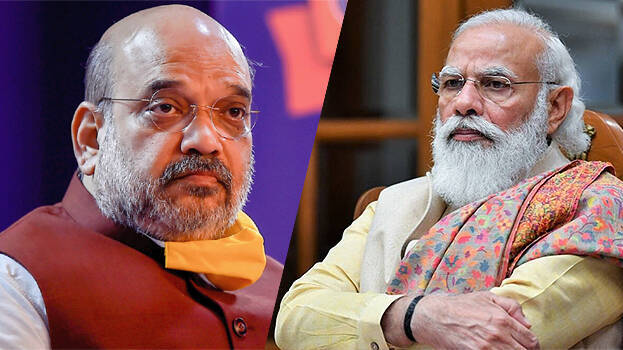 The recently founded ministry of cooperation is being headed by Amit Shah and thereby aims to make the country’s cooperative movements stronger. This article focuses on why the need for the cooperative came forth and how it will work.

To begin with, the public needs to be enlightened on what exactly the cooperative movement is. These are defined as organizations created at a basic level by people so that they can use collective bargaining as an advantage to achieve a shared goal.

Within the fields of agriculture, we know that sugar mills, cooperative dairy, spinning mills, and more are created with the farmers’ gathered resources that they can use to process their produce. A myriad of the country’s produce and products come from these places. For example, these sugar mills produce 35% of the country’s sugar.

Furthermore, the objectives of the new ministry, to better understand the reasoning behind its foundation, is summarised as follows: According to a media release from the Press Information Berea made mention that the Ministry of Cooperation will put forth a separate administrative, legal, and policy framework that’ll serve as a tool to strengthen the country’s cooperative movement.

It stated: “It will help deepen Co-operatives as a true people-based movement reaching up to the grassroots. In our country, a Co-operative based economic development model is very relevant where each member works with a spirit of responsibility.

The Ministry will work to streamline processes for ‘Ease of doing business’ for co-operatives and enable the development of Multi-State Co-operatives (MSCS),”

The finance minister, Nirmala Sitharaman had also mentioned the necessity to strengthen cooperatives in her budget speech.

The question still remains, however, why did we need the new Ministry? The former managing director of Maharashtra State Federation of Cooperative Sugar Mills, Sanjiv Babar emphasized that we needed to bring back the vitality of the cooperative structure within the country.

He also stated that: “Various studies conducted by institutions like Vaikunt Mehta Institute of Cooperative Management have shown the cooperative structure has managed to flourish and leave its mark only in a handful of states like Maharashtra, Gujarat, Karnataka, etc.

Under the new Ministry, the cooperative movement would get the required financial and legal power needed to penetrate into other states also.”

Cooperative institutes receive their capital as either working capital or equity from the Centre. The state governments guarantee this.

Unfortunately, through this formula, only some states like Karnataka, Maharashtra, and Gujarat had seen the majority of these funds while the rest of them remained behind.

As the years have gone on, the cooperative sector has seen a drop in funding. According to Sanjiv Babar, under the new Ministry, the cooperative industry will be able to get back to its regular and initial state of life.

Furthermore, the question in place is how much do these cooperative structures actually influence the government?

The answer is that whether a cooperative structure is village-based PACS or the Cooperative housing society, their leaders are elected in a democratic manner, this means that members vote for a board of directors.

Therefore, according to the Indian Express: “In states such as Maharashtra, cooperative institutions have served as schools for the development of leadership. In Gujarat, Amit Shah had headed the Ahmedabad District Central Cooperative Bank for a long time, Babar observed.”

Moreover, regardless of what party is in power even in a big state like Maharashtra, the leverage of the local economy will always be within the hands of the cooperative Institute.

Also Read: Mansukh L Mandaviya was instantly trolled for his English. Did You Check Out The New Union Health Minister’s Previous Achievements?