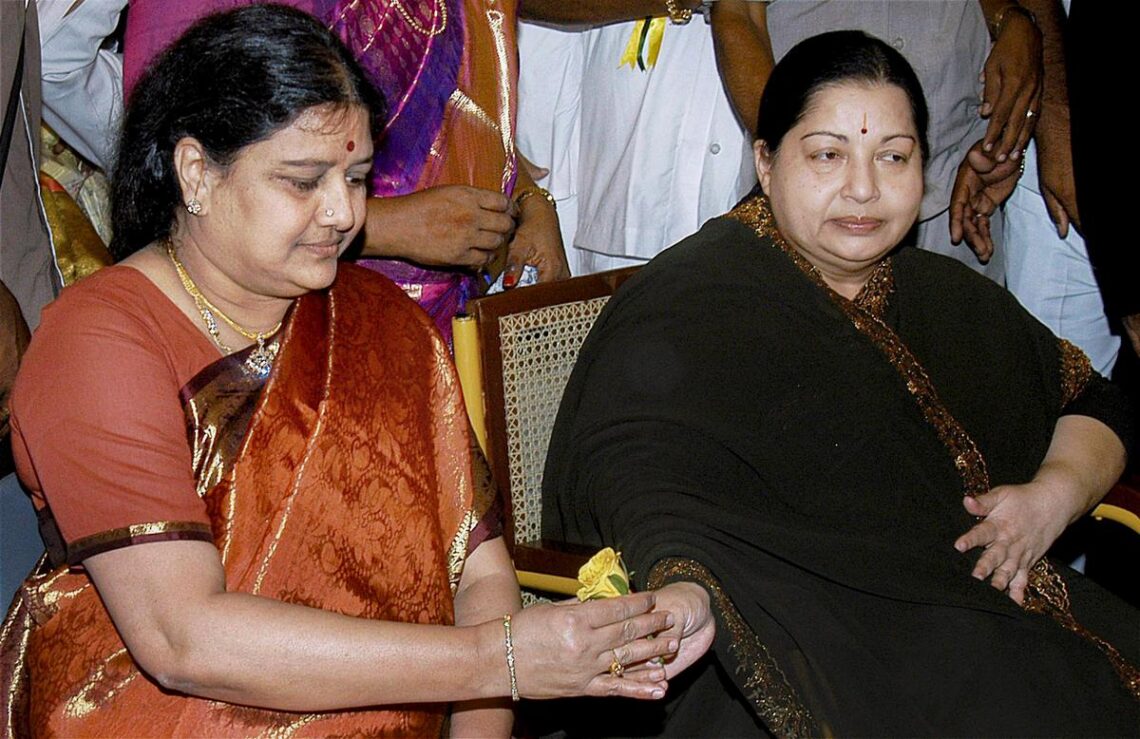 
The release of the much-awaited report of the Arumughaswamy Commission of Inquiry, which examined the circumstances leading to the hospitalisation and death of former Chief Minister Jayalalithaa, has aroused widespread interest in Tamil Nadu and elsewhere.

There was a great deal of public curiosity about Jayalalithaa’s health condition when she was hospitalised in late September 2016. Politics also constantly featured in discourses about her hospitalisation and death in December 2016. The political dimension acquired greater intensity when allegations were raised about her death. One of the principal players in this political drama was O. Panneerselvam, who succeeded Jayalalithaa as Chief Minister thrice — in 2001, 2014 and 2016.

Two months after Jayalalithaa’s death, the former Chief Minister’s close aide, V.K. Sasikala, was unanimously elected leader of the legislature party. Following this, Mr. Panneerselvam quit as Chief Minister and launched a political campaign, which he called dharmayudham (battle for justice), raising questions about Jayalithaa’s death. The AIADMK split into two camps: one led by Mr. Panneerselvam and the other by Ms. Sasikala. But with the Supreme Court setting aside Ms. Sasikala’s acquittal by the Karnataka High Court in a disproportionate assets case, she had to serve her four-year imprisonment. In her place, Edappadi K. Palaniswami was elected as leader of the legislature party and was later sworn in as Chief Minister. In September 2017, the Tamil Nadu government constituted the Arumughaswamy Commission as this was one of the preconditions for the reunion of the Panneerselvam camp with the Palaniswami camp.

The panel, whose report was placed on the floor of the Assembly on October 18, held that it did not find anything “abnormal or unnatural” in the conduct of persons who got Jayalalithaa admitted to Apollo Hospital in Chennai. But it found Ms. Sasikala, Jayalalithaa’s doctor K.S. Sivakumar, the then Health Minister C. Vijayabaskar, and the then Health Secretary J. Radhakrishnan “at fault”. Apart from recommending further investigation against the four, the panel suggested a probe against the then Chief Secretary, P. Rama Mohana Rao, and two doctors of the hospital who were treating Jayalalithaa. The panel indicated that it was for the government to decide and investigate the matter against Pratap C. Reddy, Chairman of Apollo Hospitals, who, in his interaction with the press, “issued a false statement that the late CM can be discharged at any time”.

On October 17, the government, now headed by M.K. Stalin of the DMK, had issued an order stating that it would obtain the “considered opinion” of “legal experts” before initiating “appropriate action” against the individuals concerned. It is no wonder that Ms. Sasikala, who identifies herself as general secretary of the AIADMK and appears to be seen as a serious political player in the run-up to the 2024 general election, has sought to project herself as a victim of manipulation. In her three-page statement issued on October 18 night, she blamed the DMK directly for seeking to “damage the name and fame” of the former Chief Minister. In the rest of the statement, even though she came down heavily on Jayalalithaa’s detractors without mentioning anyone in particular, Ms. Sasikala conveyed in a subtle manner the target of her attack.

Though it is premature to say what the DMK will do, the Commission’s findings may pose an obstacle to Ms. Sasikala in her pursuit to present herself as the rallying point of anti-DMK forces. After all, she has been watching closely the power tussle between Mr. Palaniswami and Mr. Panneerselvam, who was expelled from the AIADMK at the general council meeting in July.

The Arumughaswamy panel’s work is of no political significance to Mr. Palaniswami because he became Chief Minister only in mid-February 2017 and was nowhere in the controversy surrounding Jayalalithaa’s death. Also, not much attention has been given to the report of the Justice Aruna Jagadeesan Commission, which probed the Thoothukudi police firing that claimed 13 lives in May 2018, despite its conclusion that Mr. Palaniswami, as the then Chief Minister, was being regularly updated on the developments. All this has placed Mr. Palaniswami at an advantageous position vis-a-vis his present adversaries — Ms. Sasikala and Mr. Panneerselvam.