Anyone casting evil eye on India is given befitting reply: Rajnath Singh 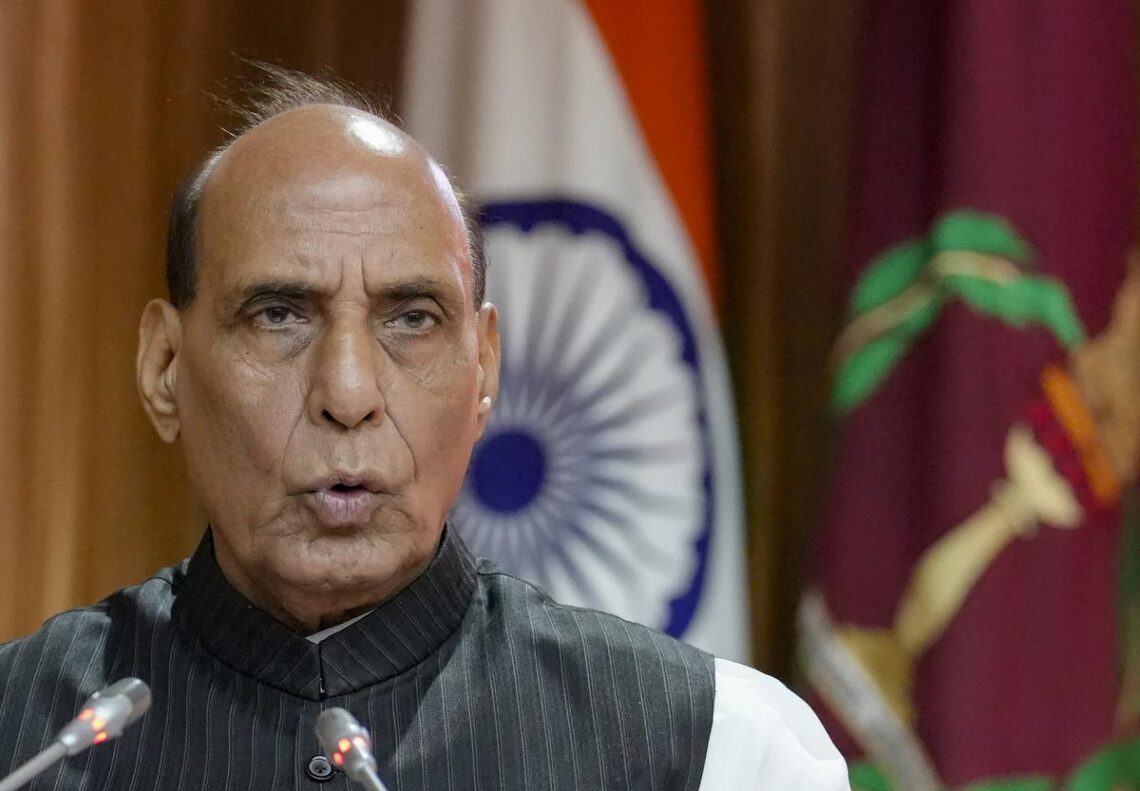 Our soldiers have proved this time and again, Mr. Singh said referring to the 2016 surgical strikes and 2019 Balakot airstrikes

Our soldiers have proved this time and again, Mr. Singh said referring to the 2016 surgical strikes and 2019 Balakot airstrikes

Defence Minister Rajnath Singh on Sunday asserted that safeguarding national interests is the main focus of the BJP-led government and anyone casting an evil eye on India is now given a befitting reply.

“India is no longer weak. We believe in peace,” Mr. Singh said, adding that a befitting reply is now given if anyone tries to harm us.

Our soldiers have proved this time and again, Mr. Singh said referring to the 2016 surgical strikes and 2019 Balakot airstrikes.

He also mentioned about the bravery shown by soldiers during the Galwan Valley standoff in eastern Ladakh.

Mr. Singh was addressing a gathering after unveiling the statue of legendary warrior Prithviraj Chauhan in Haryana’s Jhajjar.

He also said to get rid of the colonial mindset, the Narendra Modi government has taken a number of initiatives, including a new Indian Navy ensign inspired from Maratha warrior Chhatrapati Shivaji, abolition of around 1,500 obsolete British-era laws, renaming of Rajpath as Kartavya Path and installation of a grand statue of Netaji Subhas Chandra Bose at India Gate.

More than 1,500 archaic laws dating back to the British rule, whose relevance was completely over, have been abolished. There are many such laws for which we are preparing a scheme, he said.

We will scrap these too, the minister said.

Without naming the Congress, Mr. Singh also attacked the grand old party for creating a needless controversy over the presence of a lotus image on the G20 logo, unveiled by Prime Minister Narendra Modi.

Notably, the Congress has accused the BJP of promoting its poll symbol while the ruling party claimed its rival was denigrating India’s national flower.

Terming Haryana and the Jhajjar region as the land of the brave, he said many have laid down their lives for safeguarding the country’s borders.

In the Galwan valley, when there was standoff, our forces showed their valour and courage, he said.

Referring to Pakistan, he said, “..And you have seen since India gained independence, Pakistan has been pushing terrorists into Jammu and Kashmir to foment trouble and create de-stability.” He mentioned about the air strikes and surgical strikes post Uri and Pulwama terror attacks, saying a befitting reply was given.