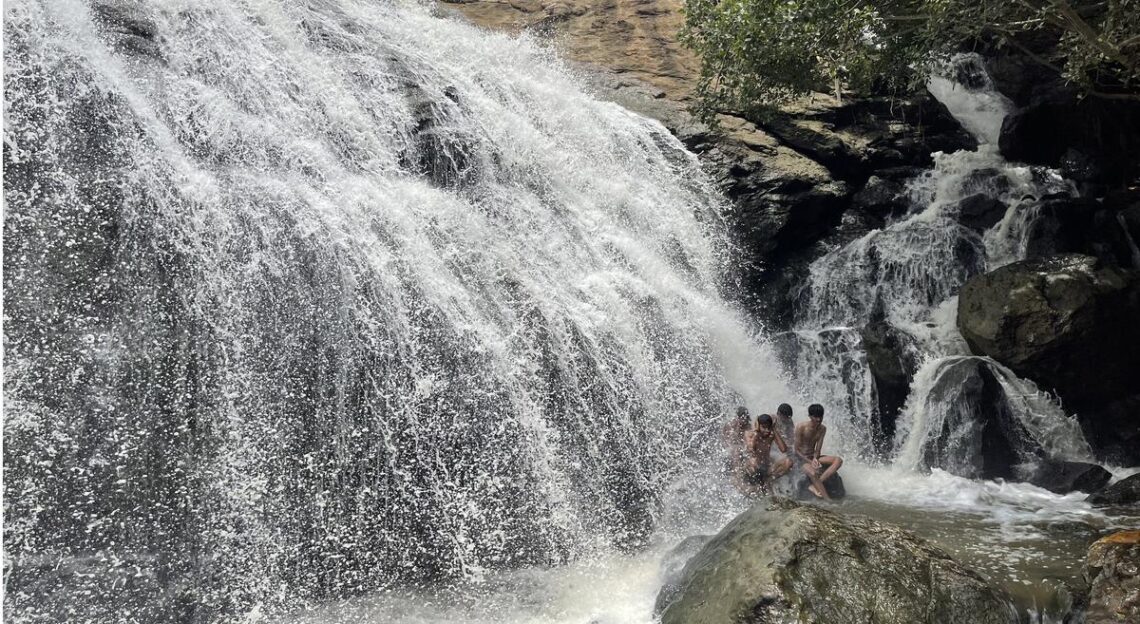 
As a group of students from a madrasa were taking selfies close to Kitwad Falls near Belagavi taluk, five girls lost their balance and fell into the water. Only one could be rescued. Image for representational purposes.
| Photo Credit: MURALI KUMAR K

Four girl students from Belagavi slipped and drowned while allegedly taking a selfie at a waterfall in Maharashtra on Saturday.

The tragic incident happened at Kitwad Falls, located close to the border of Belagavi taluk on November 26 afternoon.

The deceased have been identified as Asiya Muzawar (17) of Ujwal Nagar in Belagavi, Kudshia Hassan Patel (20) of Angol, Rukhsar Bhisti (20) and Tasmia of Zatpat Colony in Belagavi, all students of a madrasa at Kamat Galli in Belagavi.

In all, 40 students of the madrasa had gone on a trip to Kitwad Falls on Saturday morning. The tragedy reportedly occurred when they were taking selfies in a group standing close to the waterfall. Five students lost their balance and fell into the water. As none, including those standing by the waterside, knew swimming, the girl could not be rescued, sources said.

While one girl was somehow rescued and rushed to the hospital, her condition is said to be serious, doctors at the district hospital have said.

On hearing about the tragedy, a large number of people gathered at the district hospital forcing the police to deploy additional forces around the premises as a precautionary measure.

Deputy Commissioner of Police Ravindra Gadadi and surgeon of BIMS Hospital Annasaheb Patil rushed to the hospital to monitor the situation.

Mamallapuram sculptures rank among the best due to their very humane quality, says art historian