In recent years, cryptocurrency has grown in popularity as investors have become increasingly interested in the possible gains that can be realised by trading digital assets. List of best trust wallet alternatives are given below.

by TSA Desk
in Technology
Reading Time: 7 mins read
A A Investing in cryptocurrencies, on the other hand, might be a dangerous decision because the value of these assets can change drastically. This is why it is critical to keep your bitcoin in a secure wallet. Here in this post we are going have a look at some of the best trust wallet alternatives fro you to try out.

Trust Wallet is one of the most widely used bitcoin wallets. It is a fantastic Ethereum and ERC-20 token mobile wallet that is well-known for its security and ease of use. However, Trust Wallet has several drawbacks. For example, it is a hot wallet, which means it is connected to the internet and hence vulnerable to hacker assaults.

Furthermore, Trust Wallet does not have a desktop version, and while having a mobile app is more convenient, not having a desktop variation might be a burden for certain customers, particularly those who work from a desk.

List of 10 best Trust Wallet Alternatives are given below:

MetaMask is a digital asset wallet that is intended to provide bitcoin investors with security and simplicity. It’s a hot wallet like Trust Wallet, but it also has a desktop application for managing your MetaMask account and transactions. MetaMask, in addition to Ethereum, supports ERC-20 tokens and has a number of features that make it a popular choice for many cryptocurrency investors.

Some of MetaMask’s primary features are as follows:

Security: MetaMask protects your digital assets with a range of security features, including two-factor authentication and a built-in password manager.

Convenience: Because MetaMask is available as a browser plugin, it is simple to use and install. It also connects with a number of common online browsers, including Google Chrome, Mozilla Firefox, and Brave are examples of popular web browsers.

Coinbase Wallet is a mobile wallet created by Coinbase, one of the largest cryptocurrency exchanges in the world.

Coinbase Wallet, one of the most popular digital wallets, was created in 2012. You may use Coinbase to purchase, sell, and manage your bitcoins. The wallet accepts Ethereum, Bitcoin, Litecoin, Dogecoin, and other cryptocurrencies. Coinbase also has an exchange where you can simply convert your bitcoins.

Luno is a Bitcoin and Ethereum-compatible smartphone wallet. It has a number of features, including currency compatibility, security protections, and an easy-to-use interface.

Luno, developed by a former Google employee, has risen to become one of Europe’s most popular Bitcoin wallets. Luno Wallet is available in 40 languages, making it one of the most accessible wallets for individuals all over the world, but users may also deposit and withdraw cash using their local bank account.

This makes it especially simple for people who are already accustomed to traditional banking to transition to Luno as fast as possible. In addition, unlike Trust Wallet, which is heavily focused on smartphones, Luno provides a desktop version that you may utilise.

JP Richardson and Daniel Castagnoli established Exodus in 2015 to provide a more secure method to store and handle cryptocurrencies. It includes an exchange that allows users to trade between cryptocurrencies without leaving their wallets.

It also supports more than 100 cryptocurrencies, including Ethereum and other ERC-20 tokens. Unlike Trust Wallet and others, the firm has abandoned its claim to be “the most secure wallet” in favour of a focus on use. By providing an easy-to-use user interface, it has simplified the process of creating and managing a bitcoin wallet.

In addition, unlike Trust Wallet, the Exodus Wallet is available for both desktop and mobile platforms. Despite the fact that it is still relatively new, it has earned a lot of popularity owing to its designs and extensive functions.

Electrum was one of the first Bitcoin wallets to be released in 2011. It is a lightweight wallet that does not require the complete blockchain to be downloaded. It’s also one of the most widely used Ethereum wallets. It accepts a variety of cryptocurrencies, including Bitcoin, Litecoin, Dash, Ethereum, and Dogecoin.

Unlike Trust Wallet, Electrum also supports cold storage, which means your private keys are never accessible to the internet. As a result, it is far more secure than hot wallets.

Electrum makes better use of storage space and bandwidth than other wallets.

Edge Wallet is a Bitcoin, Ethereum, and Litecoin-compatible smartphone wallet. It has a number of features, including support for various currencies, PIN protection, and Segregated Witness (SegWit).

Edge Wallet is also one of the few wallets that can hold ERC-20 tokens. It also encrypts your data and keeps it on your smartphone, so you won’t lose your data if you misplace your phone. The programme is free to download on your smartphone, and there are no transaction fees when you receive cryptocurrency into your wallet.

When you transmit money from your wallet, however, you will be charged a token. Edge features a simple UI that makes it easy to use even for inexperienced users.

Robinhood is an excellent Trust Wallet alternative that provides a commission-free trading experience. You may use this mobile wallet to buy and trade cryptocurrencies, as well as equities, ETFs, and options. You may also monitor real-time market data for each asset.

What began as a basic way to trade stocks swiftly evolved into one of the most popular trading applications. And for good reason: Robinhood is simple to use and offers an excellent user experience.

Furthermore, there is no need to be concerned about security because Robinhood employs numerous levels of protection, including biometric authentication and bank-level encryption. Everything is done through the Robinhood app, which differs from Trust Wallet. It does, however, accomplish the same aim of allowing you to buy, sell, and manage your investments.

Unlike Trust Wallet, Robinhood is available on both desktop and mobile platforms. Cryptos are subject to the same rules as regular securities on Robinhood, thus they are taxed under the same conditions.

Mycelium has been active since 2013 and is one of the most widely used Bitcoin wallets. It has several features, such as built-in ShapeShift compatibility, HD security, and an easy-to-use UI. It, like Trust Wallet, is a mobile-only wallet, so you’ll need to use another wallet for now if you wish to save your Bitcoin on a desktop or laptop.

Mycelium may not support as many cryptocurrencies as Trust Wallet (just Bitcoin, Ethereum, and a few others), but it is still an excellent choice for people seeking a feature-rich mobile wallet. Furthermore, it works nicely with some hardware wallets, such as the Trezor and the Ledger Nano S, allowing you to utilise those devices to keep your Bitcoin offline in “cold storage.”

Blockchain Wallet is without a doubt one of the market’s oldest and most popular wallets. It also provides one of the simplest methods for purchasing, storing, and using Bitcoin and Ethereum. The corporation has long had a solid reputation for security, and it employs cutting-edge security features such as two-factor authentication and a slew of other safeguards.

Even so, it updated to a multi-signature security feature in 2016 to ensure that user money is even more safe. The wallet also has a highly active development team that is constantly searching for ways to enhance and make the wallet more user-friendly. Because it is a non-custodial wallet, you have complete control over your funds.

Binance Wallet is a mobile wallet that allows you to store and manage your Ethereum, ERC-20, and BEP2 tokens.

The wallet makes it simple to transfer and receive cryptocurrency. It communicates with the Binance DEX exchange via the Binance Chain Browser plugin. You may even trade cryptocurrencies straight from the wallet using this addon. You can also authenticate and sign transactions without revealing your private keys. Binance Wallet also gives you access to a crypto exchange that is available 24 hours a day, seven days a week, and allows you to swap and trade your digital token in real time.

It offers advanced security features such as multi-factor authentication.

Trust Wallet, in a nutshell, is a great mobile wallet for storing and managing your tokens. However, if you desire more features or perks, there are several alternative excellent mobile wallets available that provide a wide range of functions and benefits. Because of its simplicity of use, security features, and compatibility for a broad number of cryptocurrencies, MetaMask is our top selection for the best Trust Wallet alternatives.

Also Checkout: How To Block And Unblock Someone On Telegram Most objects have a temperature range within which they operate efficiently. When internal temperatures rise, your computer is just as... 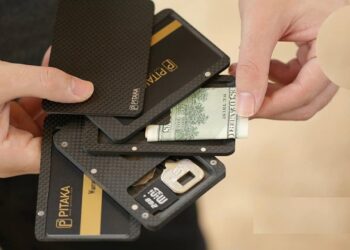 Some of the best technologies of all time were developed in the year 2021. If you are looking for some... Google has provided us with an early peek at the Pixel 7. Lets take a quick review of Google Pixel... 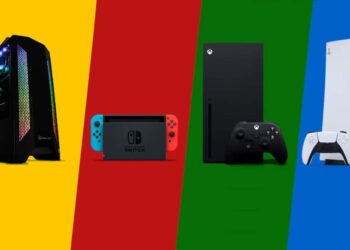 Next Generation Console Vs Gaming PCs: Which Is Better For Gaming ? 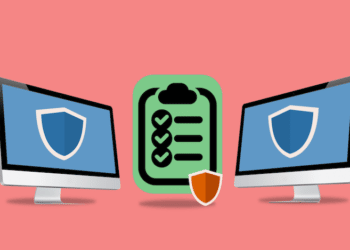 9 Tips for Surfing the Internet Safely

The Internet has become a valuable tool that lets us stay in touch with friends and family, keep up with...