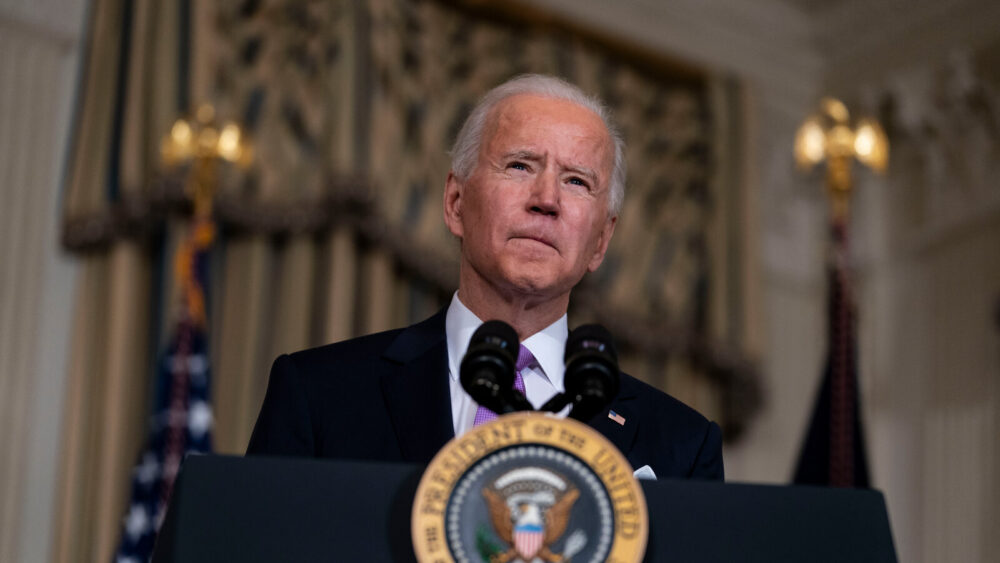 President Biden signed on Wednesday a series of executive orders aimed at “confronting the imminent dangers of climate change” across the government while stressing job creation and tackling racial inequity.

“In my view, we’ve already waited too long to deal with this climate crisis. We can’t wait any longer,” said President Biden, speaking at the White House. “We see it with our own eyes. We feel it. We know it in our bones. And it’s time to act.”

The President described many of the executive orders as the potential for job growth, including a promise to use the federal government’s buying authority to purchase a huge fleet of zero-emission vehicles. “This will mean one million new jobs in the American automobile industry,” he said.

President Biden’s global climate representative, John Kerry, said earlier today that the United States will hold a global climate change conference on Earth Day on April 22. “The convening of this summit is essential to ensure that 2021 is the year that really does make up for the lost time of the last four years,” said Mr. Kerry.

Gina McCarthy, Senior Advisor on National Climate Change Policy, said she plans to step forward aggressively to introduce new strategies to minimize greenhouse gas emissions. “We’ve got to do our part here at home,” she said.

Federal departments will now be ordered to remove “fossil fuel subsidies” to find potential ways to promote progress.” Separately, Joe Biden called for a drive to revise tax incentives for energy firms – worth billions of dollars for the oil, coal and gas sectors – to help pay for his $2 trillion climate change proposal, but the plan is likely to meet intense resistance in Congress.

5# Books for Self-Help and motivation