2020 has been a rather grim roller coaster ride and with little time left, here’s a list of movies and shows that you can binge for a relief.

by Mahvish Fatima
in Entertainment, Infotainment, Listicles
Reading Time: 6 mins read
A A 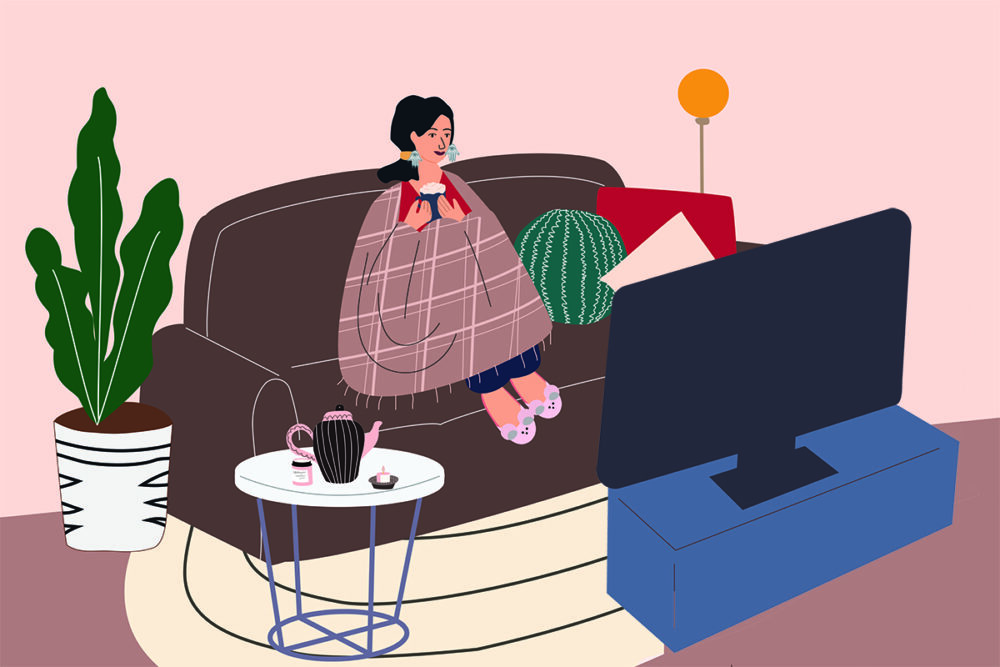 We are officially in the 11th month of the year 2020. This year was nothing short of a roller coaster ride with us mostly heading down. As much as it brought the uncertainty of life into so much perspective, we have all had enough of it. The news was going haywire with the gloom pouring in from all four sides.

From forest fires to floods, earthquakes, volcanic activity, political unrest, innumerable cases of violence, surging crime rates, crashing economy and a global pandemic that hasn’t ceased yet. The entire world was under a lockdown and we pretty much spent the entire year at home. Some of us did get the much needed ‘me time’ but the self love phase soon wore off as the boredom took over us.

We have all been knocked over by a gush of emotions in the last 11 months or so. Loss, despair, sadness, monotony, demotivation and a lot of mental health issues have been our constant friends. And if the stats were believed to be true, anxiety and depression are at an all time high.

So, a gazillion meme templates and a billion joke premises later, 2020 nears its end. As to what lies ahead we know nothing of. Whether 2021 will give us the opportunities we longed for or would be just another piece of the same cloth, time would tell.

So in this wreck of a year where work from home became the new reality, OTT platforms provided us a little relief from the ‘news’. Netflix, Amazon Prime, TVF play, YouTube, Hotstar, Sony Liv, Zee5 have all given us a little patch of sunny meadows. Winter is around the corner and the quilts are out of storage boxes and there is no better time to binge on some happy stuff.

Here is a list of 10 movies and shows/series to end it all on a lighter note.

Need a relief from stressful life? Friends is just what you need. This American television sitcom has always made it to the binge list. With 2020 making us realise how important it is to have real friends around, this show is just what we all need. Created by David Crane and Marta Kauffman the show aired on NBS from September 22, 1994 to May 6, 2004.

Rachel, Joey, Monica, Ross, Phoebe and Chandler are six friends living in New York trying to navigate through life and all that it throws towards them. Being there for each other helping to get through the obstacles of life they can be seen together lounging on the orange couch at Central Perk.

Binge watch it on Netflix.

Ever thought about taking a road trip with your siblings? Well if you have then you know what to expect, if you haven’t this show will give you an insight. Starring Sumeet Vyas, Maanvi Gagroo and Amol Parashar as Chandan, Chanchal and Chitvan respectively, this TVF show is sure to crack you up.

These three are not the most conventional set of siblings we usually come across. They haven’t talked to each other in years but accidentally take up a road trip that leads to them exploring themselves and their relationship with each other. Their antiques and spontaneously hilarious dialogues are sure to crack you up. The two seasons of the show are available on TVF Play.

This American comedy-drama TV series premiered on Netflix in 2020 and has found its spot in a lot of binge lists. With Lilly Collins playing Emily, the series spans across 10 episodes.

This is a story of an American girl who moves to Paris to provide an American point of view in a marketing firm there. She struggles to succeed at the workplace all the while exploring love and getting rather lost due to the culture clash. With her mundane, workaholic upbringing, she finds it hard to fit into the city of love.

Happiness is very contagious. And if you are looking for something that makes you instantly happy, this show is a right choice. In this show the renovation experts and hosts John Weisbarth and Zack Griffin travel across America to show their ingenious craftsmanship and help new families design and construct their own mini dream house in a space no larger than 500 square feet. The show is filled with creativity and emotions. And is bound to make you smile as the family fits into a tiny space enjoying their Home Sweet Home.

This is an American period comedy-drama TV series created by the Gilmore Girls fame Amy Sherman Palladio. The Amazon Prime original show stars Rachel Brosnahan as Mrs. Midge Maisel. The series is set in 1958 New York where this housewife whose life is on track with husband, kids and a home, takes on a journey to be a stand up comic. Her choice is wild but she is marvellous nonetheless. This show is a must watch if you are looking for a hearty laugh.

This 2020 movie is a remake of 2012 French romcom movie “Plan de Table”. Written and directed by Dean Craig the movie stars Sam Claflin, Olivia Munn and Eleanor Tomlinson. At his sister Hayley’s wedding, Jack finds himself trying to handle an angry ex-girlfriend, an uninvited guest and a sleep sedative. Struggling to make his sister’s big day smooth, Jack is pulling all the strings but things are going haywire. Eight people on a table, how many variations can you work out in the seating plan? This a romantic comedy you are looking for in 2020.

This Netflix original movie released on November 5, 2020 is the latest movie on this list. And is here for a reason. When various “news” in 2020 is making your belief firmer that humanity is in a crisis, the movie comes across as a silver lining.

Loosely based on a real life U.S. Air Force humanitarian mission, the story begins with a Congressional aide Erica who travels to a military base in. at her boss’s orders. While Capt. Andrew Jantz knows her assignment is to find reasons to cut on their funds, he is determined to show her the real joy of Christmas and what it means to be someone’s Santa. This movie is sure to leave you with a belief that maybe somewhere, humanity is still alive.

This 2018 American romcom movie is based on the 2013 novel of the same title by Kevin Kwan. Staring Constance Wu and Henry Golding, this Asian movie is sure to steal your heart. It follows the story of a Chinese American economics professor Rachel Chu and her boyfriend Nick Young who takes her to his home in Singapore to attend his best friend Collin’s wedding.

What she is unaware of is that Nick Young is Asia’s Prince William or rather Prince Harry as he likes to call himself. The story moves ahead as she struggles to find her place in a rich Asian family who hold immense pride in their tradition. The most eligible bachelor of Singapore and just a third culture girl are not the most easy people to be in a relationship. Watch out for this crazy ride.

Ever thought of a crossover between James Bond and Mr. Bean? Well you don’t need to run your imagination wild. Johnny English is your answer. This is a series of spy-action comedy films parodying James Bond the secret agent. It stars Rowan Atkinson as the title character. Infused with Mr. Bean’s comedy and James Bond spying, these movies are hilarious. The most unintelligent spy Johnny English is sure to leave you laughing clutching your stomach. The series include:

If you are all sad and down, what better to fix your mood than a tub of ice-cream and a classic romantic movie. Starring Julia Roberts and Hugh Grant this 1999 movie by Roger Michell is a must watch. This is a love story between a London bookseller and a famous American actress who happens to walk into his shop.

The ever famous dialogue “I am just a girl, standing in front of a boy, asking him to love her” is one of the many breath-taking moments from this movie. With “When You Say Nothing At All” by “Boyzone” playing in the background this movie does not miss out on anything that wouldn’t remind you of the good old days. Nothing better than this to end your year with.

10 fictional characters we hated initially but they make sense now