The second season of the famous period drama Bridgerton is currently streaming on Netflix. After the enormous success of Bridgeton Season 1, everyone was anticipating a great journey ahead. Here is a brief review of the series and whether it was able to meet people's high expectations. 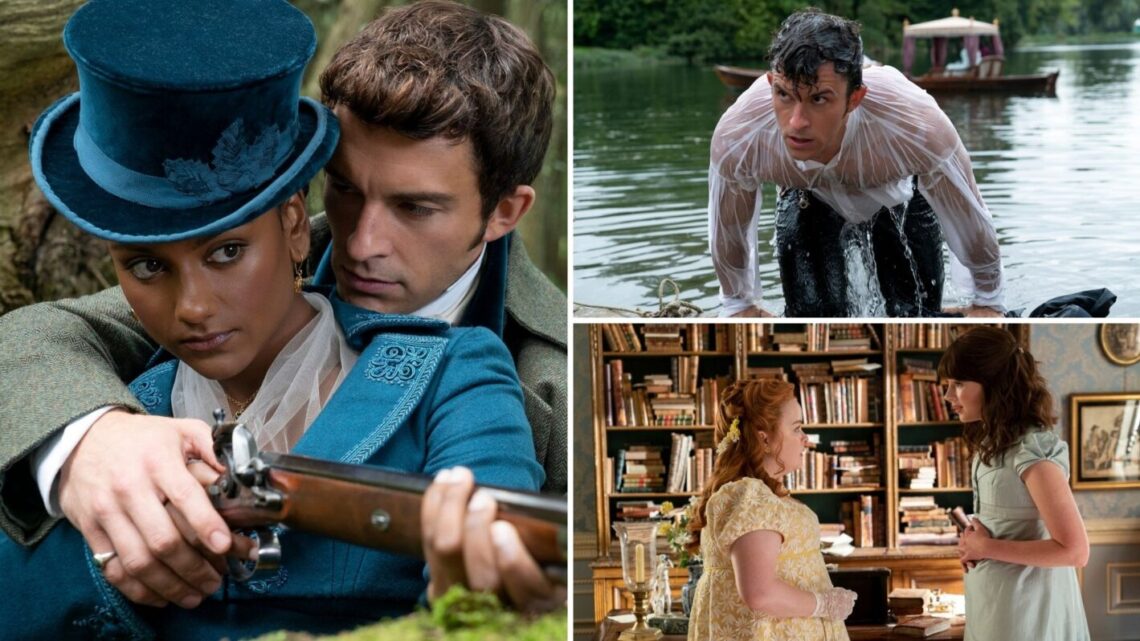 Among the prominent names of Netflix Originals like Money Heist, Stranger Things, and Dark, You is a period drama set in the Regency Era around the beautiful debutantes anxious about their appearances and lustful men who can’t wait to share a bed but simultaneously keeping their sisters safe from the taint of other men.

Bridgerton debuted on Netflix on 25th December 2020 and instantly became people’s favorite amidst the lockdown worldwide.

With a viewership reaching 82 million on Netflix, it became the most-watched series until recently, when the South Korean thriller Squid Game broke all records gathering more than 140 million views.

Anyway, after a promising plot crammed with elegant balls and royal dresses, people had high expectations for the second season. If the Duke of Hastings were the prominent aspect of the first season, the second season is all about the Sharma sisters.

Traveling from Bombay to London with a few words like Appa and Didi to connect them with their background, the sisters are no less than the ladies of London or Daphne Bridgerton. The role of the Sharma sisters is also played by Indian origin actors.

The second season is based on The Viscount Who Loved Me, the second of Julia Quinn’s Bridgerton books from which the series is originally adapted.

Next in line with finding a perfect bride is Anthony Bridgerton, who is forced to abandon his debonair and disreputable ways to find a Viscountess which is hard for him after the heartbreak he encountered at the end of the last season.

He declares that he shall marry the debutante who is titled as the Most Eligible by the Queen herself.

The Queen, provoked by the influential Lady Danbury, picks Edwina Sharma, one of the sisters, who is accompanied by her mother, and her sister Kate Sharma who is 26 and yet to get married.

The competitive spirit of the debutantes as shown in the initial season is carried forward and Edwina is displayed as one of the many maidens prepared to find the most lucrative match in the high-class society.

She knows several languages and can play instruments although she is seen only speaking English in the entire series.

However, anyone yearning to marry Edwina must first pass Kate’s test to seek approval. The intense romance and chemistry between Daphne and the Duke of Hastings, which garnered attention in the first season, is slow as the two are occupied with duties and sacrifices to make things work.

Eloise Bridgerton is the rebellious sibling and also the most interesting character in the show with her spirit to seek a partner only through intelligence rather than superficial characteristics. She hates dressing up as an object to seek man’s approval and provides the contrarian perspective.

The other Bridgerton siblings also get their share of screen time, fair or unfair is for the audience to decide.

The identity of Lady Whistledown, the author of a mysterious pamphlet that has the potential to shape people’s thinking and break or make reputations in society, is still being searched for. As her influence in society increases, she becomes even more enthusiastic and reckless.

However, without the charm of Simon Bassett, it is very hard to accept Anthony as the major character in the series, especially after the recklessness he expressed in Season One. Apparently, no one heralded him as a top character in the first season.

This season tries to put him as the Mr. Darcy of Bridgerton with Anthony and Kate fighting on the very first meeting.

Anthony’s views of women are not very pleasing and Kate, an old maid, is the polar opposite of his stereotypical opinions.

With a slow pace, the series survives with Eloise’s search for the scandalous author, Bridgerton would be a disappointment for you if you are expecting a light series with intense romance.

Also Read: Songs That Can Give Us A Good Cry Before We Sleep