Congress first list for Gujarat election is a balancing act 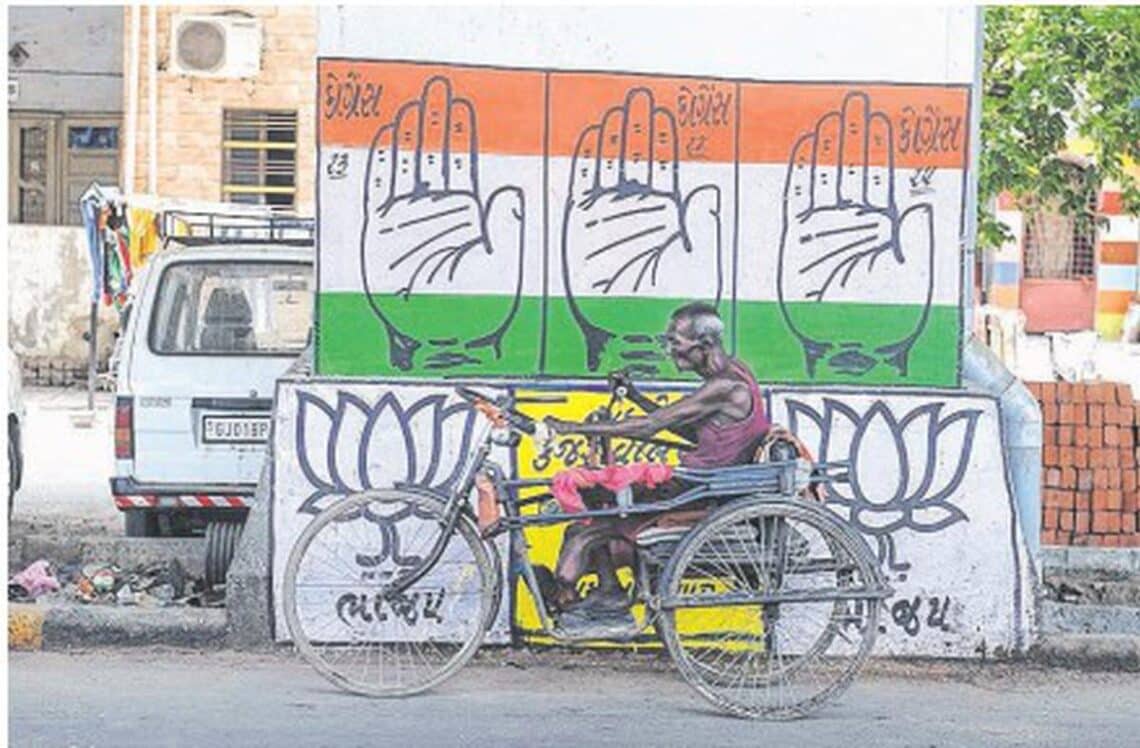 The candidates fielded by the party include those from the OBC and Patidar community, along with newcomers in the ruling BJP’s urban strongholds of Ahmedabad, Surat and Vadodara

The candidates fielded by the party include those from the OBC and Patidar community, along with newcomers in the ruling BJP’s urban strongholds of Ahmedabad, Surat and Vadodara

In its first list of 43 candidates announced at midnight on Friday, the Opposition party in Gujarat has attempted a social balancing act to offer representation to the Other Backward Classes and Patidars while choosing new faces for urban seats that the Congress party has not won in the last 15 years.

The party’s list included 10 candidates from Scheduled Tribes and five from Scheduled Castes for the reserved seats. This first list also includes seats in the urban areas of Ahmedabad, Surat and Vadodara which are regarded as the bastions of the ruling BJP.

For example, the party has fielded its Rajya Sabha member Amee Yagnik from Ghatlodia in Ahmedabad to take on the State’s Chief Minister Bhupendra Patel. Ghatlodia is part of Western Ahmedabad, containing posh localities like Bodakdev, Memnagar, Thaltej as well as sprawling middle class areas like Shilaj and Bopal. The fight appears to be symbolic here as the seat is a stronghold of the BJP.

In another part of Ahmedabad city, the party senses a chance in the Amraiwadi seat containing middle class and lower middle class areas and slums inhabited by a migrant population. Here it has fielded a Patidar leader Dharmendra Patel, who had lost by a narrow margin in the bye-election in 2019.

From Dascroi, another Ahmedabad city seat with an electorate of more than four lakh which is also considered a BJP stronghold, the Congress has fielded a first time candidate and OBC leader Umedi Zala.

In Surat, the party has fielded Praful Togadia from Varachha Road and Nilesh Kumbhani from Kamrej, both Patidar leaders in seats which are dominated by Patidars who have settled in Surat after migrating from Saurashtra. Here also, the Opposition party’s candidates are first timers.

In Olpad seat in Surat, the party has fielded Darshan Nayak, a local Brahmin face in a seat with a mixed electorate of Kolis, Patels and other communities.

In North Gujarat; the party has fielded two Rabari community candidates: Sanjay Rabari from Deesa and Banaskantha and Mukesh Desai from Kheralu in Mehsana. Rabaris are OBCs spread across North Gujarat who are engaged in dairy farming and cattle rearing businesses.

Mr. Rabari’s father Givabhai is a Banaskantha veteran who won three times and lost as many times from the Deesa seat while Mr. Desai contested as an independent last time in 2017 from Kheralu and came in second against the BJP’s winning candidate.

Another prominent OBC face the party has fielded is Kanu Kalsaria from Mahuva in Saurashtra. He is a former BJP MLA who has spearheaded a local movement against the Nirma company’s cement plant in Mahuva. In 2017 also, he contested as an independent and had come second.

Also read | Congress calls AAP ‘BJP’s B-team’, says contest in Gujarat is between BJP and itself

According to party insiders, the party will try to do a balancing act in the remaining seats as well while selecting candidates.

Missing Arunachal mountaineers may be in China, fear families