Congress protests against BJP in Sangareddy 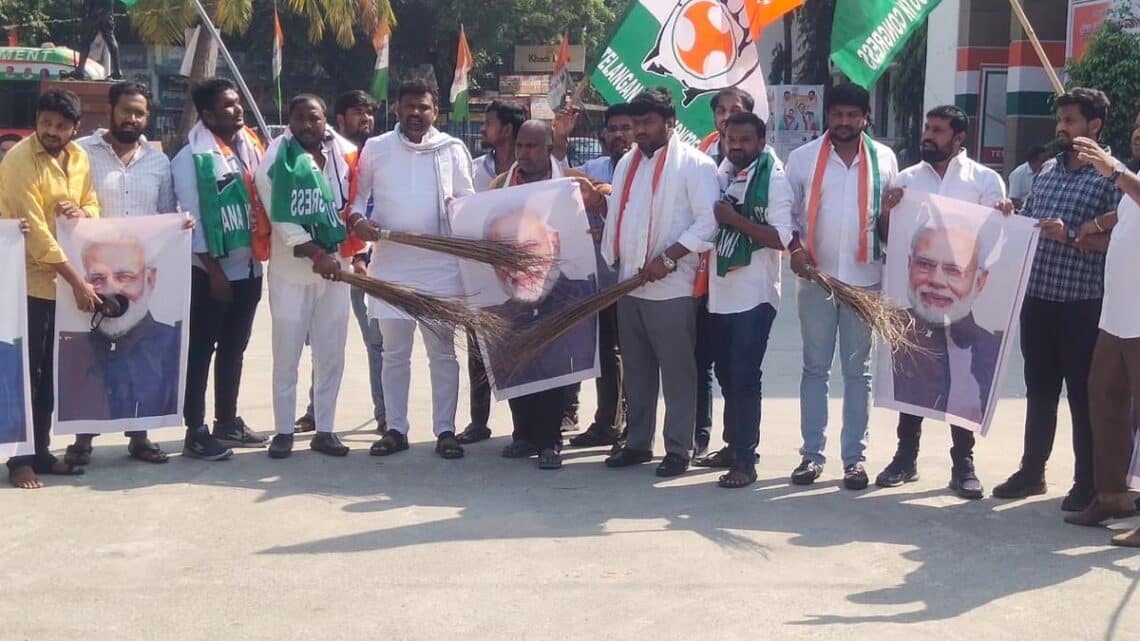 Police posted at Gandhi Bhavan did not allow the protest on the main road, forcing the legislator and other workers to protest at the party office. They raised slogans against the BJP and Mr. Modi stating that any insult to Mr. Gandhi would not be tolerated. Youth Congress president Shivsena Reddy and others participated.

Mr. Reddy said there was nothing wrong in Mr. Gandhi’s remarks on Veer Savarkar that he wrote mercy petitions to the British. “Everyone is aware of RSS and its ideologues’ role in the freedom struggle and Mr. Gandhi just reiterated the history. Why is the BJP afraid of it?” he asked.

“This is recorded in history and books authored by prominent writers also has references to it.” He also took objection to the BJP leaders’ reported warning that they would kill Mr. Gandhi. “We know how to save him,” he said.

Mr. Gandhi had said, during his Bharat Jodo Yatra in Maharashtra, that the Congress would consider tribal leader Birsa Munda as its idol for refusing to take the land offered by the British and choosing death, and not Savarkar who had written mercy petitions to the British and accepted pension.

Congress activists opposed Labour Minister Malla Reddy’s visit to Jawaharnagar on Sunday demanding him to explain why he failed on the promises made to people of Jawaharnagar during the elections. They said the 50-bed hospital promised by him four years ago is yet to take shape. There was a commotion as the TRS and Congress activists clashed before the police intervened.