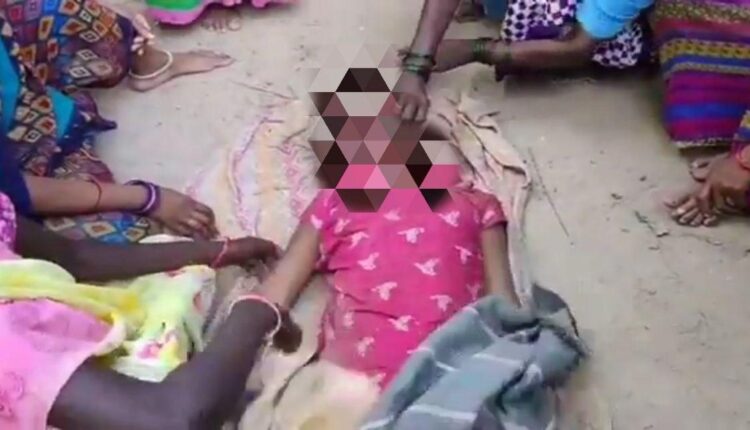 A 14-year-old girl, beloging to the Scheduled Castes, was found murdered in Bhadohi in eastern Uttar Pradesh. The police said she was attacked with stones and her head was bashed in.

A 14-year-old Dalit girl in UP’s Bhadohi district was found dead on Thursday, her head bashed in with stones, leaving her face disfigured.

According to inputs, the girl – a resident of Chakrajaram Tiwaripur village of Gopiganj police station area – had gone to a nearby field to defecate when unknown persons attacked her.

Hathras Case: What’s Going on in AMU?? Outrage in…

The family has expressed suspicion that she was killed after sexual assault. However, rape can only be confirmed after the post-mortem report.

Before the nation could come to terms with the brutal assault of the Hathras case victim, another minor girl in Uttar Pradesh has been brutally murdered. A 14-year-old Dalit girl in UP's Bhadohi district was found dead on Thursday, her head bashed in with stones, leaving her face disfigured. #Bhadohi #Uttarpradesh #Dalit

The police are investigating the case. A team of forensic experts and crime branch officials has also reached the village to collect evidence and probe the matter.

Speaking to media, Superintendent of Police Ram Badan Singh said that the investigation is underway on rape as well as murder angle. “Whether or not a rape has occurred with the minor will be known only after the post-mortem report,” Ram Badan Singh, SP Bhadohi said.

Power theft in UP; around 1 crore citizens has never paid bills