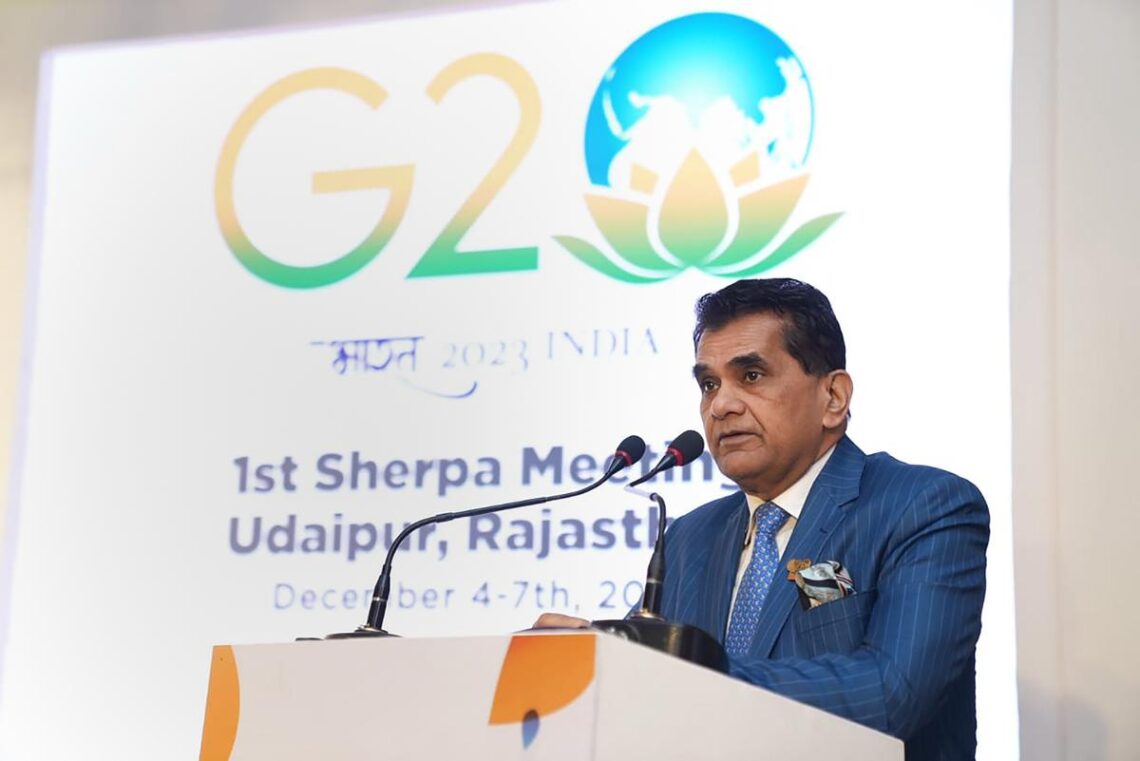 India’s G20 Sherpa Amitabh Kant on Monday made a strong pitch for working together through hope, harmony and healing to deal with the global challenges, with a focus on developing countries and the Global South whose voice is often unheard.

Mr. Kant said the issue notes on 13 working groups have already been circulated among the participants.

“We will be in the listening mode as you guide us and as we get your perspective,” Mr. Kant said.

Mr. Kant stressed that Prime Minister Narendra Modi has said that India’s Presidency would like to be inclusive, ambitious, action-oriented and decisive.

“We will be, but that is not feasible nor possible without all of you. Therefore, we would like the support, positive and forward-looking support from all of you to make the G20 a very vibrant, very dynamic and a very positive group to drive global growth and global sustainability and digital transformation,” Mr. Kant said.

“The challenges that we face today can be solved only by working together through hope, harmony and healing and our first concern should be towards those whose need is greatest,” he said at the opening session of the deliberations focussing on technological transformation in the digital economy.

Mr. Kant said India’s G20 Presidency will seek to advocate the priorities of the developing countries and the Global South in addition to that of the G20 partners.

Highlighting India’s initiatives on digital transformation, Mr. Kant said: “In the digital economy, we are focussing on digital public infrastructure, quite a bit on our experience of creating digital identities for everyone, creating bank accounts for everyone which has enabled us to lift vast section of the population above the poverty line through direct benefit transfer, and fast payments, we do a vast number of fast payments, we have created a vast number of public goods.”

The first session of discussions on Monday will focus on technological transformation in the digital economy, health and education, while the second will be on green development and India’s Lifestyle for Environment (LiFE) initiative.

There will be three more sessions on Tuesday that will focus on accelerated, inclusive and resilient growth, multilateralism and food, fuel and fertilisers, women-led development, tourism and culture.

India was handed over the presidency of the influential bloc at the end of the two-day G-20 summit in Bali, hosted by Indonesia last month. The next G20 Leaders’ Summit at the Heads of State/Government level is scheduled to be held on September 9 and 10 in New Delhi.

The G20 or Group of 20 is an intergovernmental forum of the world’s major developed and developing economies.

It comprises Argentina, Australia, Brazil, Canada, China, France, Germany, India, Indonesia, Italy, Japan, the Republic of Korea, Mexico, Russia, Saudi Arabia, South Africa, Turkey, the UK, the US and the European Union (EU). Together, they account for over 80% of the global Gross Domestic Product, 75% of international trade and two-thirds of the world population.