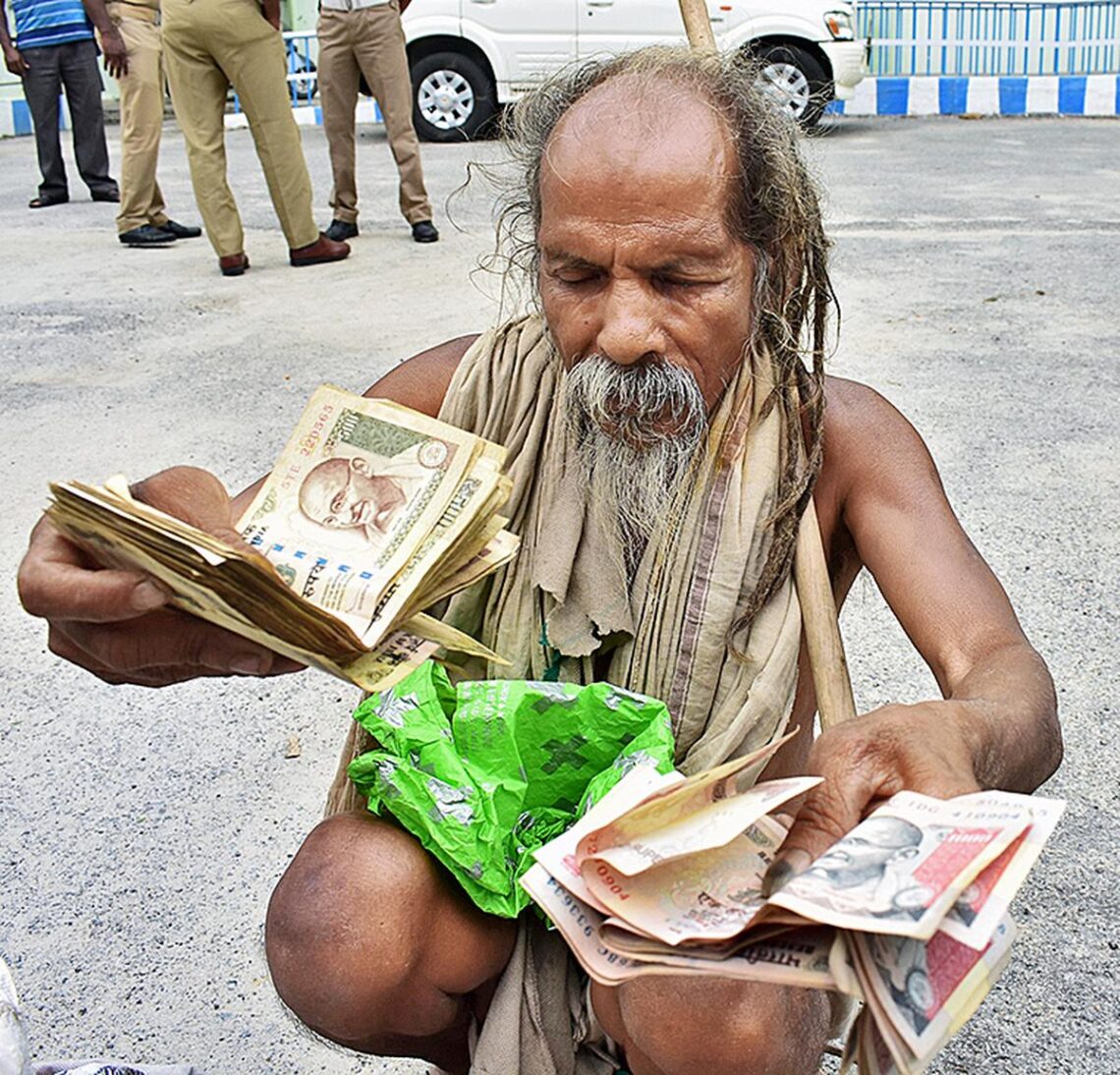 
Chinnakannu, a blind, destitute man in his 70s, holds demonetised notes at the Collectorate in Tamil Nadu’s Krishnagiri on October 18, 2021. Mr. Chinnakannu had never heard of demonetisation until the previous day.
| Photo Credit: The Hindu

The Union Finance Ministry told the Supreme Court on Wednesday that demonetisation in November 2016 was one in a series of “transformational economic policy steps” which led to a phenomenal growth in digital transactions, shrunk fake currency and saw more income tax payers.

The government claimed that the withdrawal of ₹500 and ₹1000 banknotes, which had at the time formed more than 80% of the currency in circulation, was a “critical” part of a policy push to “expand formal economy” and thin the ranks of the informal cash-based sector.

The government, in its affidavit before a Constitution Bench, claimed the “overall impact of the withdrawal of legal tender of the specified banknotes on economic growth was just “transient”. On the other hand, “real growth rate” was 8.2% in the financial year 2016-2017 and 6.8% in financial year 2017-2018, “both being more than the decadal growth rate of 6.6% in the pre-pandemic years”.

Besides, income tax authorities, who kept a keen eye on bank account deposits made between November 9 and December 30, 2016, could detect a ‘significant amount of unaccounted income”. Demonetisation, in short, nudged the public to be tax-compliant. The number of Permanent Account Numbers (PAN) increased. Income tax payers multiplied while fake currency faded out, the government underscored.

Demonetisation of 2016, the government defended, was “one of the significant steps in the enhanced formalisation of the economy with the aim of expanding opportunities for millions living on the periphery of the economy”.

Also Read | The debacle of demonetisation

Explaining the run-up to the demonetisation in 2016, the Ministry said the preceding five years had seen a “massive increase” in the circulation of ₹500 and ₹1,000 notes — a “steep rise of 76.4% for ₹500 and 109% for ₹1,000 from 2010-2011 to 2015-16”. The government had decided to pull out these currency notes to simultaneously replace them with a “new series of notes which can tackle black money, counterfeiting and illegal financing”. But changes in design and specifications had to be done secretly. “Preparations included finalisation of new designs, development of security inks and printing plates, changes in specifications of printing machines and provision of stock with RBI branches,” the Ministry explained.

It said these constraints had led to the “reasonable restrictions” on cash withdrawals from bank accounts during the post-demonetisation days. These restrictions had however only been for cash withdrawals and not for transactions through cheques, cards, mobile banking, etc, the government said.

The Ministry said it was both “factually and conceptually flawed” to compare the 2016 demonetisation with the earlier two occasions in 1946 and 1978. The 2016 withdrawal of legal tender should be seen in the context of the prevailing economic challenges.