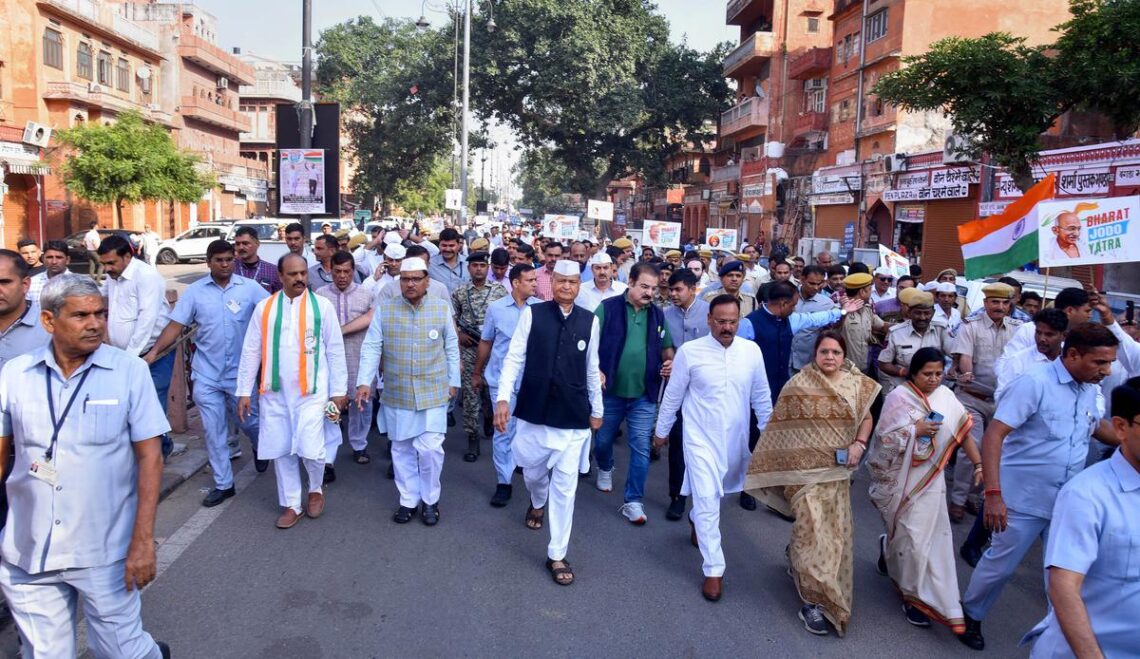 Opposition against the Ashok Gehlot government and clamour for a “final settlement” on the leadership issue in the Rajasthan Congress is growing with the Bharat Jodo Yatra led by party leader Rahul Gandhi set to enter the State from Madhya Pradesh in the first week of December.

The yatra’s route will cover Jhalawar, Kota, Bundi, Sawai Madhopur, Dausa and Alwar districts during its 18 days in Rajasthan.

Local party leaders in the State are in favour of replacing Mr. Gehlot with Tonk MLA Sachin Pilot. With Mr. Pilot’s supporters becoming active ahead of the yatra, the Gehlot faction in the Congress may try to get Jaipur included in the itinerary on the pretext of inviting Mr. Gandhi to the celebrations marking the fourth anniversary of the Congress government.

‘In need of revamp’

Party office-bearers in the Hadoti region, comprising Kota, Jhalawar, Bundi and Baran districts, have called for changes in the party organisation and a decision on the Chief Minister who will lead the party ahead of the 2023 Assembly poll.

They also complained that development work was not being completed on time and the political crisis would damage the party’s election prospects.

Meanwhile, leaders from the Gujjar community have threatened to disrupt the yatra if benefits of reservation are not given to the Most Backward Class (MBC). Gujjar voters have a significant presence in 75 Assembly constituencies.

Gujjar Aarakshan Sangharsh Samiti president Vijay Bainsla said agreements had been signed with the State government on providing 5% reservation for MBCs in jobs. However, the government did not fill vacant posts despite making such a promise in the 2018 manifesto, he said.

Gujjars have also been demanding the withdrawal of cases registered against the community members during the reservation protests and the release of over 13,000 scholarships to students under the Devnarayan Yojana. Mr. Bainsla said the party’s neglect of these issues would have an adverse impact on the yatra.

Kota Rural District Congress Committee chief Saroj Meena said the party high command should decide on the leadership issue before the yatra enters Rajasthan to send the message of unity in the party.