Dynasty rules on both sides of Gujarat politics 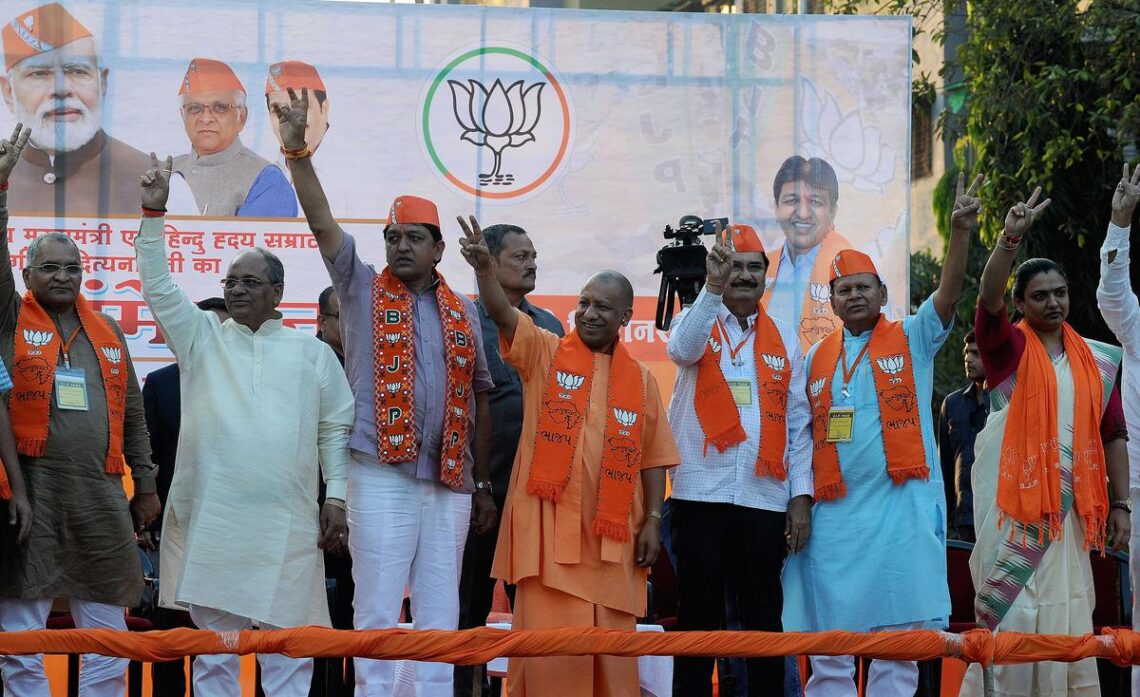 Nepotism and dynasty are thriving in the Prime Minister’s native State, with both the ruling BJP and the opposition Congress party liberally fielding candidates related to political functionaries and leaders in the upcoming Gujarat Assembly polls. In over 50 out of 182 seats, candidates who have political leaders in their immediate family are on the ballot.

This comes just months after PM Narendra Modi slammed the prevalence of dynasties and nepotism in politics in his Independence Day speech from the ramparts of Red Fort. Warning that it shackled not only politics but also other institutions and spheres, he exhorted people to defeat the menace of nepotism that also breeds corruption.

In the Gujarat polls, however, there are several cases where the ruling BJP has even imported dynasts from the opposition party to take on the Congress in certain strong pockets held by the Congress.

For example, the ruling BJP has fielded Yogendrasinh Parmar, son of former Congress MLA Ramsinh Parmar from Thasra in central Gujarat. A veteran leader in the cooperative sector, the senior Mr. Parmar was a multiple term Congress MLA who had defected to the BJP in 2017 and lost on that party’s ticket. This time around, his son has been fielded by the BJP.

Similarly, in the Chhota Udepur seat reserved for Scheduled Tribe communities, the BJP has fielded Rajendrasinh Rathwa, whose father Mohansinh Rathwa, Gujarat’s senior-most legislator, recently defected to the ruling party after being miffed with Congress for not agreeing to field his son.

Interestingly, the Congress candidate from the seat is Sangramsinh Rathwa, whose father is sitting Rajya Sabha member and former Union Minister Naran Rathwa.

In Saurashtra, the BJP has recently inducted sitting Congress MLA Bhaga Barad and fielded him from his Talala seat. Mr. Barad comes from a political family and his late brother was a Congress veteran who was a Minister as well as MP from the Junagadh seat.

Talala’s neighbouring seat is Veraval, from where the party has fielded Mansinh Parmar, nephew of Govind Parmar, former MLA and a senior player in the cooperative sector in the State.

Another seat in the same region is Manavadar where the BJP candidate is Jawahar Chavda, another Congress veteran who had jumped to the ruling party in 2019. His father Pethalji Chavda was a known political figure apart from being a mining baron in the region.

The Deesa Assembly seat in Banaskantha is also witnessing a contest between two dynasts. Congress candidate Sanjay Desai or Rabari is the son of former three-time MLA Govabhai Desai. The BJP candidate is Pravin Mali, whose father was also a legislator and Minister in the BJP government in Gujarat.

Another interesting feature about the flourishing nepotism is that spouses are also making way for each other. In the Gondal seat, sitting legislator Gitaba Jadeja is the wife of former legislator Jayrajsinh Jadeja. He was implicated in a murder case so the party fielded his wife in 2017 and has repeated her this time as well. In the Bhavnagar East seat, the BJP has fielded Sejalben Pandya, whose husband Rajiv Pandya is the Bhavnagar city BJP president.

Leaders of both parties contend that the candidate selection is based on several factors with winnability being the main factor. “It is easy to criticise any XYZ candidate as a dynast but we all have to remember that they are also elected by the people in a highly competitive race,” a BJP leader said. A former Congress legislator echoed his views, saying that a number of factors played a role in selection of the candidates.

Earlier, the Congress party in Gujarat was accused of promoting dynasty as its top leaders such as Bharatsinh Solanki, Sidhdharth Patel, Shaktisinh Gohil or Tushar Chaudhary all hailed from political families. But now, having been in power in the State for over two decades, the BJP also has its fair share of dynasts and candidates belonging to political families fighting the electoral race.