Edaikkal’s mini-forest: a case study in greening and the workings of the government 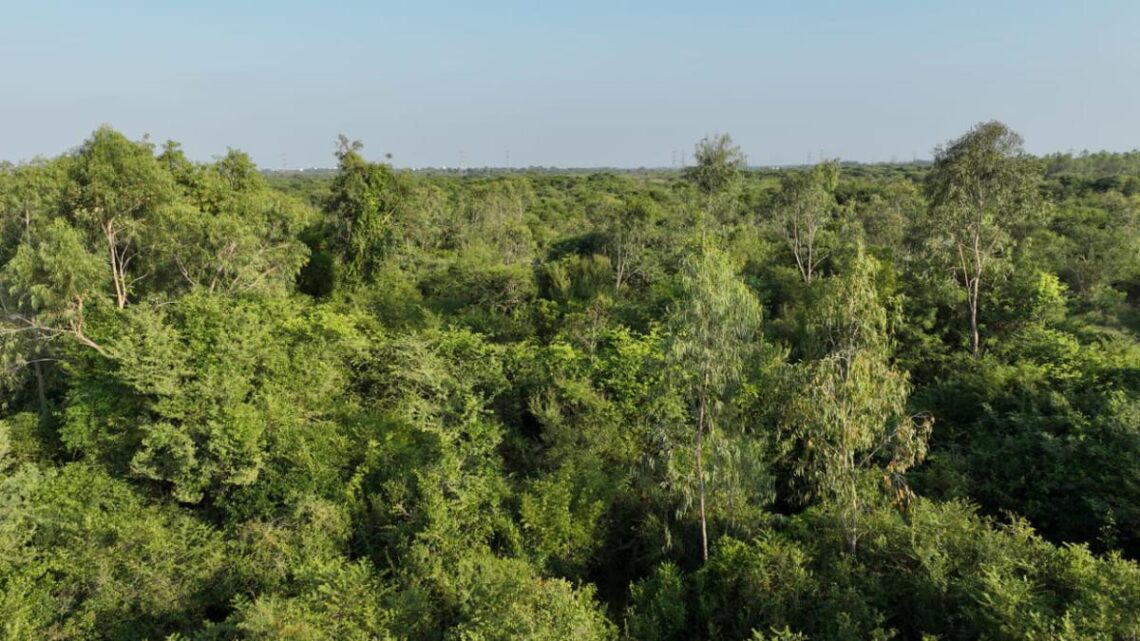 Originally envisioned as a scaled down recreation of London’s Kew Gardens by former IAS officer K. Ashok Vardhan Shetty in 1994, the project was neglected due to bureaucratic factors in 1996. But after 28 years, it has become a thick, wooded area and is now home to fauna like deer, mongoose and snakes

Originally envisioned as a scaled down recreation of London’s Kew Gardens by former IAS officer K. Ashok Vardhan Shetty in 1994, the project was neglected due to bureaucratic factors in 1996. But after 28 years, it has become a thick, wooded area and is now home to fauna like deer, mongoose and snakes

The transformation of the area under the Edaikkal Project in Villupuram district, implemented in 1994 with funds from the Social Forestry Scheme, is a classic example of what commitment to greening can do. In 28 years, the area has become a dense mini-forest and is now home to fauna like deer, mongoose and snakes. In another sense, it could also be a case study of the workings of the government.

“I had mixed feelings of joy and sorrow when I saw the photographs sent to me by Supriya Sahu, Secretary, Environment and Forests,” said former IAS officer K. Ashok Vardhan Shetty, who set up the garden in 1994 when he was the Collector of Villupuram.

The inspiration, he said, came from the lesson on the Kew Gardens of London at school. “The Kew Gardens is supposed to have a sample of every type of tree, plant and shrub found anywhere in the world. Special agro-climatic conditions have been created artificially for exotic species to enable them to grow in London,” he explained.

Mr. Shetty sought to create a mini-Kew Gardens on a large extent of more than 500 acres of barren government land in Edaikkal village, near Ulundurpet. “Till 1996, the Indian government used to give a lot of funds for Social Forestry – about 80% to the Rural Development Department and 20% to the Forest Department. I used the funds and entrusted the work to the Forest Department and personally supervised the project,” he recalled.

Around 250 varieties of flora were planted, allotting one acre for each species of tree, plant and shrubs native to Tamil Nadu. The administration decided to create herbariums and special agro-climatic conditions for rarer/exotic varieties in due course.

“Then, two things happened. I was transferred in the late 1994, and my successor did not evince the same interest in the project. The Indian government also stopped the funding for the Social Forestry Scheme in 1996. So, the garden was neglected,” he said.

Mr Shetty, who later visited the site in 1997-98 when he was the Director of the Rural Development Development, witnessed that the garden he visualised had become a dense mini-forest. “Strangely, it had become the home for fauna like deer, mongoose, snakes, etc. I do not know where they came from,” he said.

He explained that the Edaikkal Project illustrated the problem in implementing anything new or substantial in a government setting.

“First, the Collector or another officer is seldom given a reasonably long tenure to implement his innovative idea successfully. Second, due to the predecessor-successor syndrome, you can be reasonably certain that your successor will not carry your initiative forward unless it has government backing. Third, government policies are continually in a state of flux. Finally, even in government programmes, operation and maintenance (O&M) are often the weak links,” he said.