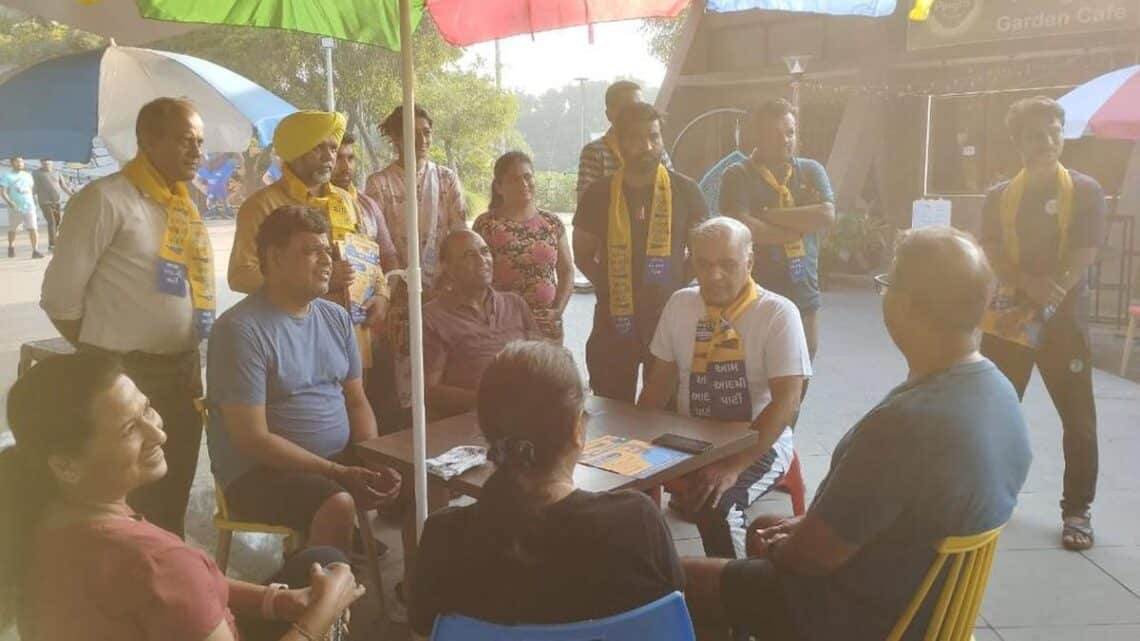 After a bitter experience in the ruling Bharatiya Janata Party, P.V.S. Sarma (57), a former Assistant Commissioner with the Income Tax department, switched loyalty to Aam Aadmi Party and will contest against Gujarat Home Minister Harsh Sanghvi from Surat’s Majura constituency in the next month’s Assembly elections.

A native of Deverakonda in Nalgonda district of Telangana, Mr. Sarma, got transferred to Surat as an inspector in 1992, and 15 years later, in 2007, he opted for voluntary retirement to join the saffron party on the advice of then Chief Minister of Gujarat and now Prime Minister Narendra Modi.

However, a one-and-half decade later, after holding various positions, including Corporator of Dumbhal, chairman of Surat Municipal Corporation, and vice president of BJP Surat Mahanagar, he left the saffron party alleging ‘ill-treatment and vindictive attitude by the State leadership towards him’ and joined the new entrant on November 9.

“Leaving the organisation where one has spent a long time as a disciplined soldier was a very difficult decision to make, and contesting against the incumbent MLA and Home Minister Mr. Sanghvi is equally challenging. It is going to be a tough fight, and we are ready for it. It is my Karam Bhoomi,” Mr. Sarma said.

The Majura Assembly segment which has electorates of almost 2.8 lakh, a majority of whom are from Uttar Pradesh, Odisha and Bihar, was represented by Mr. Sanghvi since 2012. “If there is a change in the air and no one can stop it. People are talking about the party’s promises of 300 units of free power, affordable healthcare and free education. They are scared to express their opinion openly, which itself is a very strong indicator in favour of our party,” the 57-year-old, a prominent Telugu face in Gujarat said.

Mr. Sarma believes that there is a resonance of support for the AAP from the lower-middle class and migrants due to rising prices of essential commodities, fuel and unemployment.

There are over 50,000 migrant voters in the constituency who hasthe power to tilt the scale against the ruling party, he said.

Taking a dig at Mr Modi’s remarks on “revdi culture” — or the culture of freebies, Mr. Sarma, who claims close proximity with several senior BJP leaders, including Union Ministers Amit Shah, Nirmala Sitharaman, G Kishan Reddy, apart from Prime Minister himself, “when they are giving ‘freebies’ to several industries in the form of free land and free electricity, they can’t deny the same to poor and middle-class for their welfare.”