2020 has been a stressful year, but you can surely count on Hollywood to bring in some holiday cheer.

by Ayushi Kharayat
in Entertainment, Lifestyle, Listicles
Reading Time: 4 mins read
A A 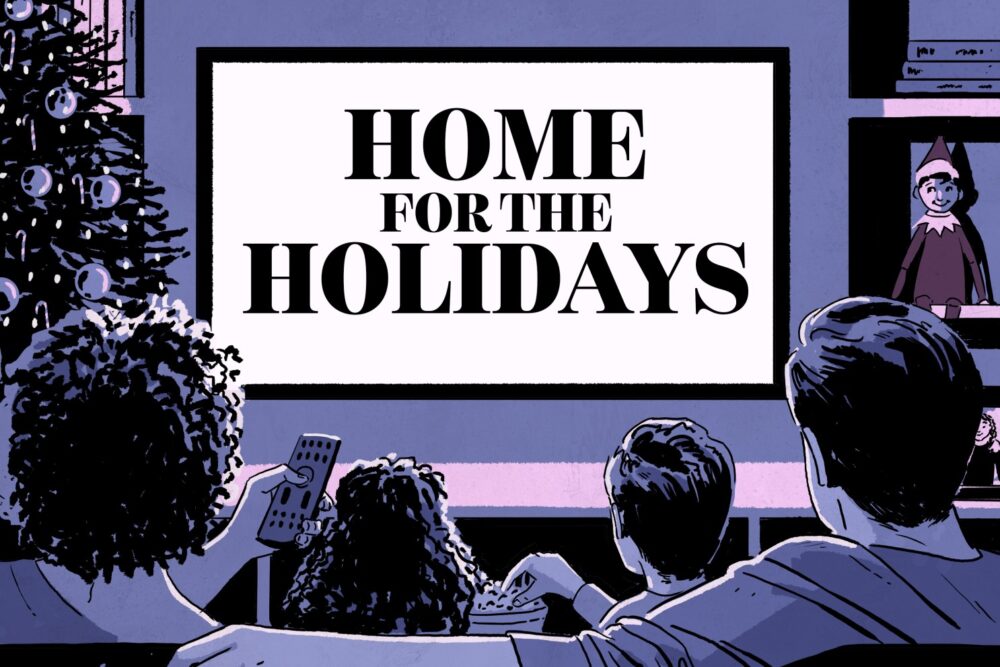 The holiday season is in full swing and of course, it’s time to jam up to Mariah Carey’s “All I Want for Christmas Is You” on repeat, deck out your house in tinsel, and to calm your itching down to have a classic holiday movie night.
It isn’t the holiday season without holiday movies, right?
With holidays being drastically different this year and family gatherings curtailed, if you are staying at home like the rest of the world and planning to solace in the holiday movies to fuel up the fresh holiday cheer, then we have you sorted.
We have compiled the list of some best classic holiday movies for you to watch with your fuzzy blanket and a mug of hot chocolate.

Kevin McCallister wakes up to an empty house after his family decides to jet off for a trip to Paris but forget to take him along. His homestay, however, gets quite adventurous and endlessly entertaining after he has to deal with two burglars who try to break into his home.

Raised by Santa and his elves themselves in the North Pole, an orphan goes to New York City in search of his biological father. But things don’t go well for him as everything is foreign to him and he is in a whole new world.

Kate Winslet and Cameron Diaz play the role of two women from London and LA respectively who switch their apartments after heartbreaks and romantic displeasure. But things turn out to be amazing for them after they meet their special ones in different countries.

The movie is all about that one killjoy who absolutely isn’t a fan of the festive season. So, he along with his dog decides to ruin the festive spirit of the village of Whoville

5. A Very Harold and Kumar Christmas

After the Christmas tree gets destroyed by Kumar, both Harold and Kumar go out for an all-night holiday adventure to make sure the festive spirit isn’t spoilt.

Starring John Cusack and Kate Beckinsale as protagonists, Serendipity is a rom-com in which they confess their feelings and express their love during the Christmas time.

Kate and Teddy Pierce are two siblings who plan to catch Santa Claus on camera on Christmas Eve. Nonetheless, the adventures they have in the events that follow will take you for a ride.

Kevin is alone again with adventures awaiting him but this time not in his home. He gets lost in the big city of New York on Christmas eve. But things don’t go any smoother for him as he finds that he is being chased by the same burglars who he escaped from in the first movie.

The movie starring Joseph Gordon-Levitt, Seth Rogen and Anthony Mackie is on three lifelong friends who celebrate their tradition of raunchy partying for one last time.

10. The Knight Before Christmas

A knight who time travels reaches the future during the festive season by accident. But things completely change after he falls for a modern-day woman from the future.

An aspiring journalist Amber goes undercover as a tutor during Christmas to find out the truth about the Prince who is going to become the king. But while doing all of this, she falls in love with the Prince.

When Clay, the branch manager at an office throws a party to win over a client and retain back his branch and employees that his sister took away from him, he hardly has the idea how the office Christmas celebration gets out of control afterwards.

Chris, once laughed at by everyone for being overweight has gone into total transition and is now a handsome and successful man and returns back to his hometown to find the love of his life.

Can’t call this Tim Burton to work your average holiday movie with a bunch of visual tricks and treats in a creepy way.

Ebenezer Scrooge and the three Ghosts of Christmas bring back the Charles Dickens classic that came to life in an animated version.

Vanessa Hudgens plays a double role in the movie in which a Duchess switches places with her look-alike baker right before Christmas so that the Duchess can live a normal life.