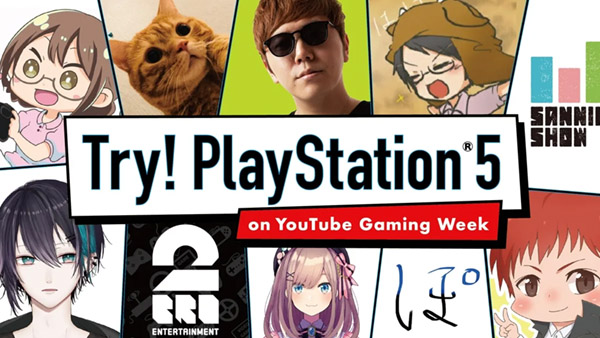 PS5 Hands-On Event: How it feels to use the PS5 and How is it different from PS4

Yesterday, SIE hosted "Try! PlayStation 5 on YouTube Gaming Week" where YouTubers got hands-on with the PS5. With this, we have got new info as to how Sony is making the PS5 better other than just increasing graphical fidelity.

Yesterday, as a part of YouTube Gaming Week Japan, SIE Japan Asia, hosted an event, “Try! PlayStation 5 on YouTube Gaming Week”. In this event, various Japanese YouTubers were given an opportunity to try the PS5. This is the second time third-parties will try PS5, the first one being done by Geoff Keighley.

This console generation is very interesting as PS5 and Xbox both are taking different approaches. PS5’s main focus this gen is very clear, Immersion. This word plays a huge role in PS5 design. You see the evolution of graphics is natural but a lot of people have been dissatisfied with the PS5 graphics leap. The leap of graphics from PS2 to PS3 was a massive transitioning from 2D to 3D, PS3 to PS4 was alright but PS4 to PS5 is not that big. An explanation of this will require a separate article. That’s why Sony has made strides to improve audio, responsiveness, and haptic feedback, all of these combine to improve the feel of the game.

One of the major features that YouTubers noticed was the ultra-fast loading speed of PS5. The transition from SSD to HDD is truly massive this time around. Sony has also done special work to remove the bottleneck between SSD and GPU data transfer by making a custom I/O that offloads tasks from the CPU. In short, the PS5 SSD is extremely fast and their ‘no-loading screen’ promise could very well be true.

SLED Vs QLED Vs OLED: Which TV is the best buy in this…

When you walk a character, the player can immediately see what kind of place it is. The coarse feel when you are walking on sand, the smooth feel of walking on ice, is better encapsulated by PS5 this year. The DualSense controllers are using LRA (Linear Resonant Actuators), these new motors are more energy-efficient and can provide much finer and better haptics than DualShock 4 controller. I would have loved to see real force feedback, but fingers crossed that they include that in PS6.

The YouTubers were also surprised to see Adaptive Triggers, the L2/R2 buttons now offer resistance when you push them. What’s interesting about this is that mechanism is achieved by a combination of cogs and gears. This is in contrast to what I previously thought, I thought that they were Magnetic Induction. However, with gears, you have an advantage that you can implement a fail-safe mechanism in case the player pushes too hard. You can also stop the L2/R2 buttons completely, this is a game-changer. Imagine playing an FPS and suddenly the bullet jams, you won’t be able to push R2 to shoot, you will have to press another button to unjam the bullet and the R2 button will start working again.

DualSense also has a microphone for voice chat, but you can use it in your game. In the game, Astro’s Playroom which comes bundled with the PS5. There is an instance in the game where the player has to blow on the controller to propel the vehicle forward.

PlayStation 5 will launch on November 12 in the United States, Japan, Canada, Mexico, Australia, New Zealand, and South Korea, and November 19 in the rest of the world including Europe, the Middle East, South America, Asia, and South Africa. PS5 will be priced at $499 and $399(Digital Edition). The Indian pricing and launch date haven’t been announced yet.
2
Share

The aftermath of The History series: Resurrection Ertugul