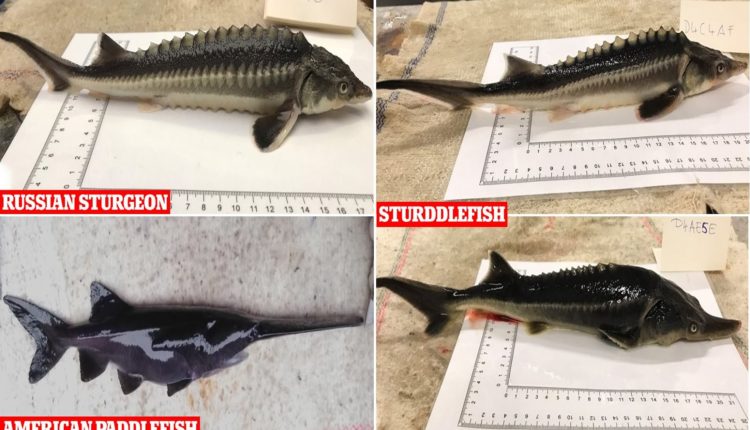 The team of scientists have accidentally created a bizarre new species of fish after breeding endangered American Paddlefish and Russian Sturgeon in a lab. This happens when they use the sperm of Paddlefish to try to coax eggs from the endangered Sturgeon and reproduce it asexually by the process of gynogenesis.

The scientist Attila Mozsar told the New York Times that, “We never wanted to play around with hybridisation, it was absolutely unintentional”.

It is published in the scientific journal ‘Genes’ that scientist Attila Mozsar from Research Institute for Fisheries and Aquaculture in Hungary with the team of other scientists are responsible for the birth of a new hybrid fish.

The new species of fish called Struddlefish are separated into two groups by the researchers, in the first group the hybrid fish have twice maternal DNA look more than the DNA of Paddlefish and in the second group, the fish had the equal amount of maternal and paternal DNA. After the unexpected hybridisation, about hundreds of hybrid fish emerges from the eggs in which only two-thirds are survived and all of them are carnivores like Russian Sturgeon.

According to researchers, the Struddlefish is infertile like other hybrid species that’s why they have no plans to produce anymore.

Hybridisation is done between the two species to form the best of organism by eliminating the unwanted qualities of both parents but sometimes it occurs unintentionally like in the case of Struddlefish.

IndiGo to lay off 10% of their total workforce, says CEO Ronojoy Dutta