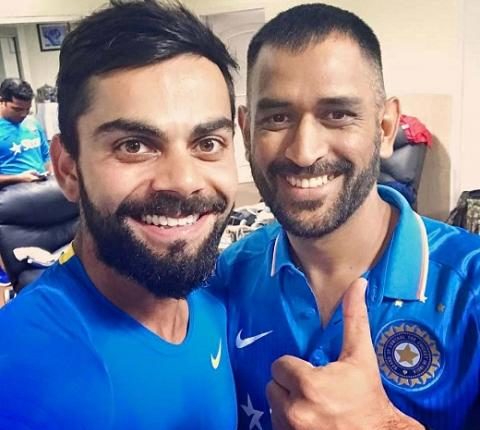 I WAS ALWAYS IN MSD’s EAR: KOHLI

Indian cricket team captain Virat Kohli never hesitates in crediting his achievements to the former team India captain, MS Dhoni. He reveals that everything challenging that came his way was eased by Dhoni with his simple tips and tricks.

Before taking over the reign Virat keenly observed his mentor and learnt how to tackle every un-easy situation with utmost calm and composure.

He said, “I was always in MS’s ears. He would deny a lot of things but discussed a lot also. I think he got a lot of confidence in me and a large part of me becoming captain has to do with him observing me over a long period of time.”

“It can’t be that he goes to the selectors and just says, ‘Make this guy captain.’ He has to take responsibility to identify the person and then slowly see how the guy develops. I think he played a big role in that and that trust you have to build over the course of eight or nine years.” He added

In an Instagram live chat with India off-spinner R Ashwin on Saturday, Kohli revealed about MS Dhoni’s role in getting him India’s captaincy.