In Karnataka, a tit-for-tat corruption battle 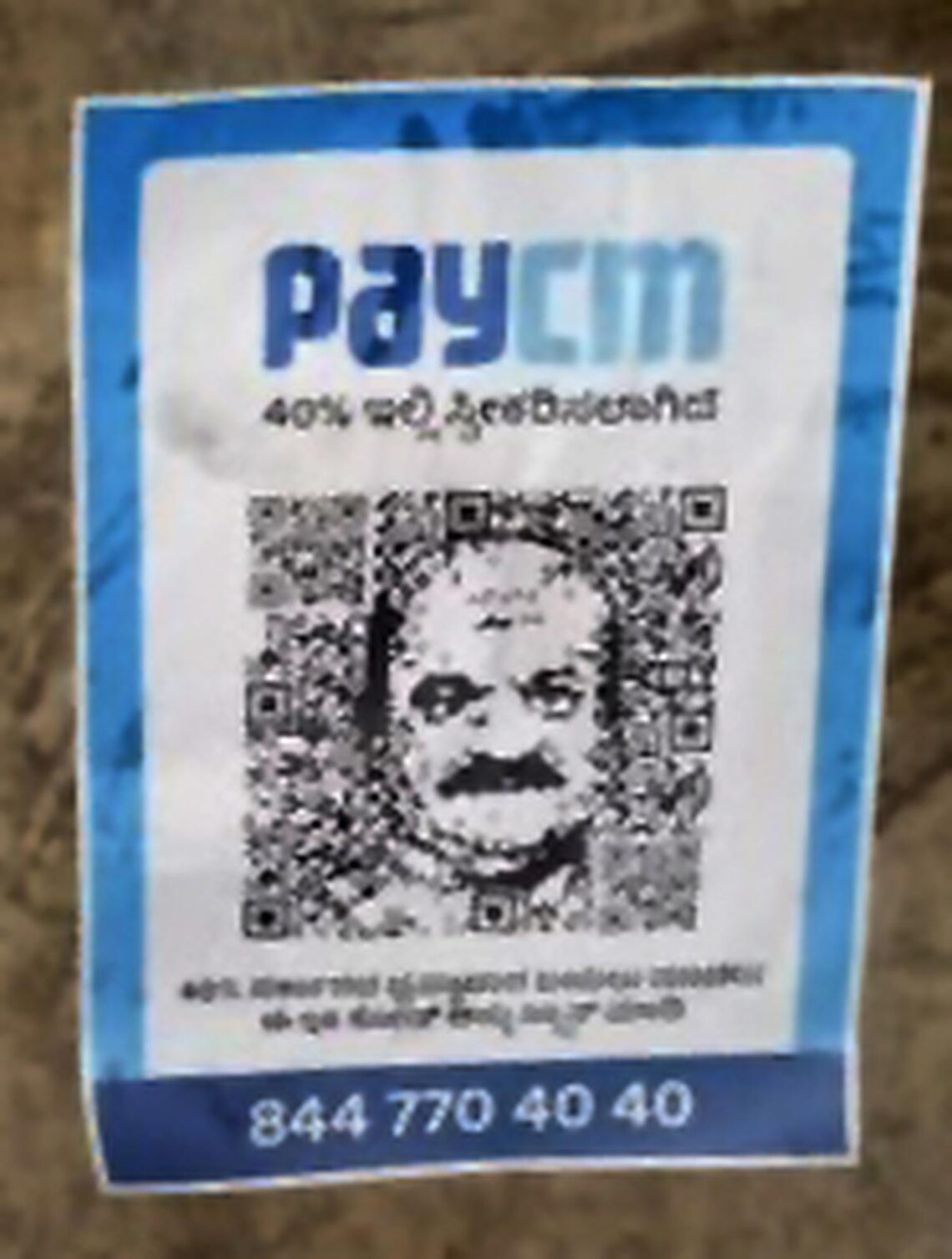 Congress’s ‘PayCM’ campaign was a big talking point in Karnataka last month, with posters of Chief Minister Basavaraj Bommai’s image superimposed on what resembled a QR code of PayTM pasted on city walls. As the campaign, aimed at highlighting corruption allegations against the BJP government, gained traction online too, the Karnataka unit of the BJP released a counter-poster and a 28-page booklet targeting the Leader of the Opposition, Siddaramaiah. The poster had a caricature of the former Chief Minister with 16 arms, each depicting an alleged scam during Congress rule (2013-2018). In parallel, Karnataka’s legislature session ended amid vociferous protests by the Congress on being denied time to debate the “40% commission” allegation that was first raised by the Karnataka Contractors’ Association with the Prime Minister’s Office, accusing bureaucrats and people’s representatives of fixing “exorbitant rates” for award of tenders and clearing of bills.

The State BJP’s response to the PayCM campaign pretty much sums up the tenor of the present government’s response to all allegations of corruption and maladministration levelled against it. Far louder than the denial of charges has been the counter-charges by the ruling regime, which has gone to great lengths to show that the Opposition party was no better or worse when in power.

The government put on public display this strategy first during Jana Spandana, an event held to mark the BJP government’s third anniversary in office on September 10. At the function, Mr. Bommai announced that his government would expose every scandal of the Siddaramaiah-led Congress regime. Even though this was ostensibly an event to display the BJP government’s “achievements”, the dominant narrative was one of pulling skeletons out of the Congress’s cupboard.

Mr. Bommai has stuck to his word on this count. For instance, when the Opposition raised the issue of an alleged scam in the recruitment of police sub-inspectors and demanded a judicial probe, the BJP resurrected an alleged scam in teachers’ recruitment that dates back to Mr. Siddaramaiah’s time and ordered a CID probe. Similarly, when heavy rains and flooding of Bengaluru’s IT corridor drew widespread attention, the government was at pains to state that encroachments were aplenty during the previous regimes. In the Assembly, Revenue Minister R. Ashok stated that 42 lakes had disappeared in Bengaluru since 1963, dwelling at length on encroachments during previous regimes, even as the Opposition cried foul over this “diversionary” tactic to “hide present failures”. The BJP clearly hopes to dent the Congress’s attack on the corruption front by matching every allegation with a counter-allegation dating back to Congress rule from 2013 to 2018.

On his Bharat Jodo Yatra, currently passing through Karnataka, Congress leader Rahul Gandhi has been highlighting corruption as one of the issues with the present regime. Back in 2018, during election rallies, Prime Minister Narendra Modi had described the Congress government as “10% sarkar”, referring to the “system” of commissions and cuts, and promising cleaner governance.

Much water has flown under the bridge in Karnataka since then. A Congress-JD(S) coalition stitched together post-polls fell after the infamous ‘Operation Kamala’ resulted in 17 defections to the BJP, amid allegations of MLAs being “bought over” by the saffron party. A year ago, the BJP changed its Chief Minister B.S. Yediyurappa amid another string of corruption allegations and installed Mr. Bommai, but this has not resulted in the image makeover that it had hoped for.

With another election slated in mid-2023 and the poll fever already high, the moot question is whether the BJP can achieve its ambitious target of winning 150 seats by exposing corruption of the previous regime alone or whether it will have to have something to show as its own achievement. BJP leaders, led by Mr. Bommai and Mr. Yediyurappa, embarked on a three-month State tour from October 11 as part of poll preparations. It remains to be seen if the same strategy will continue.

Behind all this hides a more important and sinister question: If corruption is an equaliser, what makes the BJP a “party with a difference”? In a State that has seen a sharp rise in communal divisions and violence over the last year, it is not a hard answer to seek.