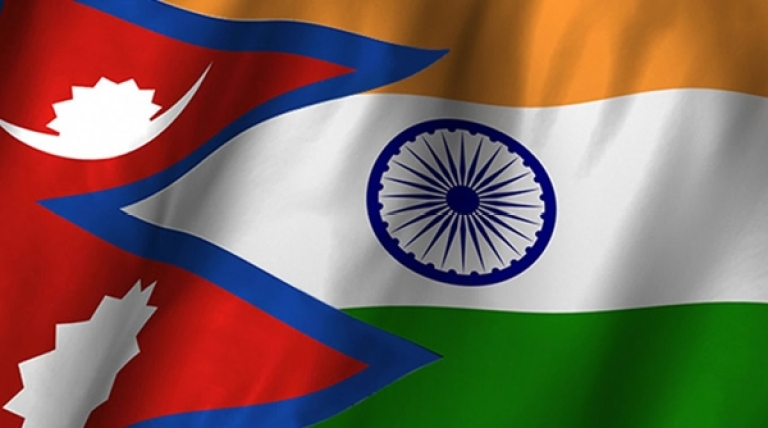 The two neighbouring countries, India and Nepal have a prolonged history, the latter shares border with five states of India and both countries have a strategic interest in the other. Maintaining close, comprehensive and multidimensional relations for peaceful coexistence, economic cooperation, respect for the other’s sovereignty and understanding cultures and heritage that are being followed. Until 2006 Nepal has been the only Hindu country in the world being significant for a country like India where people of the same religion constitute a majority.

The open borders between the two nations symbolise mutual security concerns and also close socio-economic ties. To give this ‘mutual understanding’ a formal shape diplomatic relations were established in 1947. Further, in 1950 Indo- Nepal Treaty of Peace and Friendship came into existence accompanying secret letters that defined security relations between the two countries. The continuous migration of people from either side and around 6 lakhs of Indians are domiciled in Nepal while the workforce from the latter to the former stands for estimation of 1.5 million.

Apart from this, the two countries have been members of South Asian Association of Regional Cooperation( SAARC) since 1885 whose headquarters are in the capital of Kathmandu, Nepal working together to have economic integration and political union in world politics.

The treaty of 1816 signed in Sugauli, India established the boundary of Nepal following the Anglo-Nepalese war fought between The East India Company and Gajaraj Mishra with Chandra Shekhar Upadhyay of Nepal, the causes were the expansion of power, a route to trade with Tibet and border tensions. The treaty contains the cession of Nepal’s western territories, the districts of Garhwal and Kumaon that are at present constitute parts of Uttrakhand and Himachal Pradesh. The boundaries of Nepal were demarcated through rivers, Michi river being in the east while Mahakali (Kali river) in the west.

Government of India has constructed a pass called as lipulekh between Uttrakhand and Tibet, China which will provide an easy route to the devotees and pilgrims to Kailas and Mansarovar.

The southern side of the pass lies in the Kalapani region in the state of Uttrakhand which Nepal claims to be it’s territory according to the Sugauli Treaty of 1816. Since the courses of rivers change overtimes followed by a number of streams, the origin of the river Kali is what forms the basis of the dispute. Nepal claims that the Kalapani region lies on the east of the Kali river which according to the terms of the treaty belongs to her. However, the administrative control on that region is that of India presently.

The Nepal government under Prime minister KP Sharma Oli brought an amendment to the constitution in order to update the country’s new political map showing a slice of land including Limpiyadhura, Lipulkeh and Kalapani areas in the northwest as a part of its territory which has tensed the situation further. India rejected the map saying it’s not based on proper historical evidences.

Nevertheless, India continues to have strategic control over the disputed regions. Such consequences can be solved through negotiations and deliberations as India and Nepal share a close relationship apart from just being bilateral partners and issues like poverty, environment, economic development and regional peace couldn’t be left uncared for if both the nations collaborate in harmony.

As mentioned by the defence minister of India, Rajnath Singh that Nepal profoundly shares a relation of Bread and Bride with our country considering strong neighbour ties and open borders. But a parliamentary proposal to amend the Citizenship Act which will require a foreign women married to a Nepali nationalist a long wait of seven years for obtaining the naturalised citizenship which depleted the bond of roti-beti further leaving it as mere rhetoric of past. The decision came down after the revised map was brought.

The opposition including Nepali Congress (NC) and Janta Samajbadi Party (JSP) have shown disapproval over such a decision as it would affect the Madheshi living in the Terai region which have marriage ties across the border. The alteration also list the rights which a foreign woman can exercise until she is eligible for the Citizenship. They won’t be barred from running any business and involvement in the transaction of ant kind of property however not having citizenship depletes one’s dignity of residing in a territory. The relationship which have been alive for ages is clearly on the verge of decay.

Hyundai Verna 2020 review: fun to drive with a plethora of features