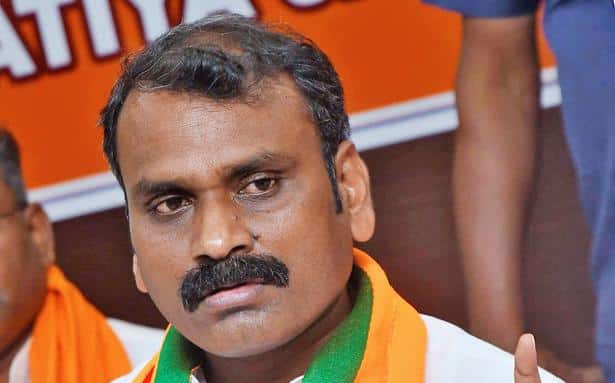 
Union Minister of State for Information and Broadcasting L. Murugan said on Saturday that it was unbecoming for the DMK to cast aspersions on the raids conducted by the National Investigation Agency (NIA) on the premises of some Muslim outfits in Tamil Nadu.

Taking exception to senior DMK leader T.K.S. Elangovan’s reported remarks that the NIA had been misused for the raids, he said the DMK could not politicise national security. It was after collecting specific intelligence inputs that the NIA conducted the searches across the country and made several arrests. It seized incriminating documents and evidence from the arrested persons.

The DMK should not indulge in vote bank politics and it should accord paramount importance to national security, he said. Mr. Murugan said the houses of leaders of BJP and Hindu organisations in Coimbatore and in other parts of the State had been attacked. The police must have solid information on those who were behind the attacks. It was their duty of the police to take action against them.

On the criticism over the delay in the construction of AIIMS in Madurai, the Minister said some politicians had been spreading misinformation about the project for publicity. The Centre had already given mandatory approvals. Besides allocating funds, it had completed the process of availing financial assistance from a Japanese agency. The project was on track as the deadline for completion is October 2026, he said.