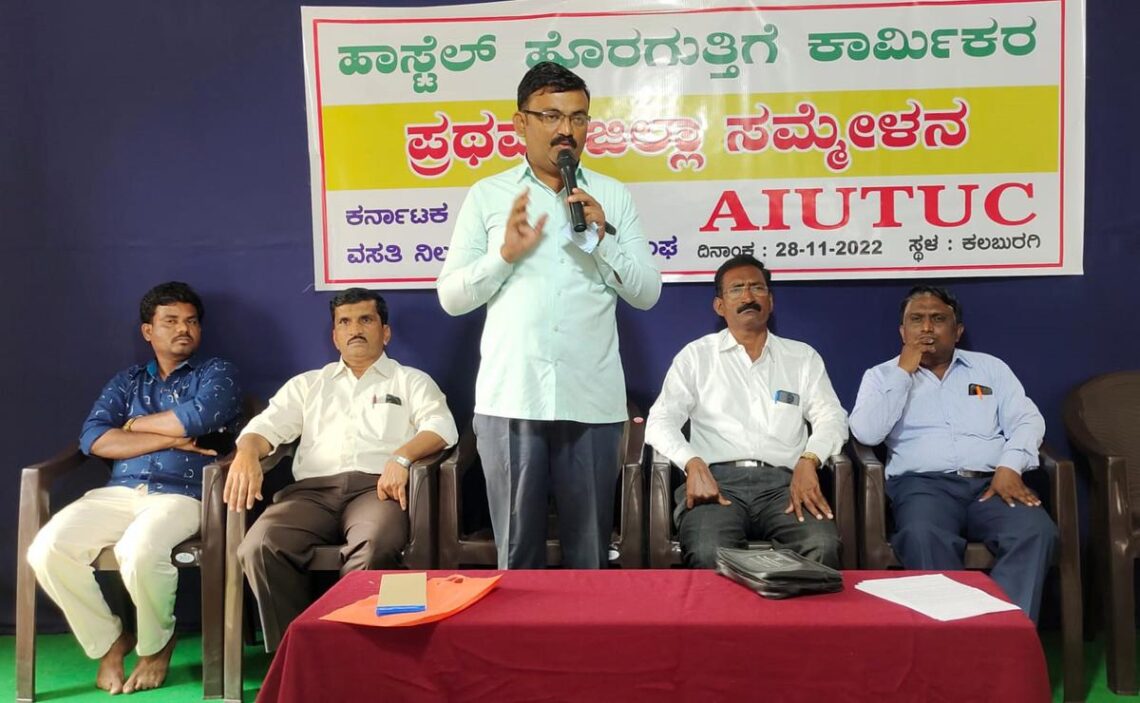 Pointing to the blatant violations of labour laws by the government itself in the State, several labour leaders have called upon workers to get united and fight for the rights that have been guaranteed in the Constitution and the various laws enacted by Parliament.

Speaking at the first district conference of the Karnataka State Composite Hostel Workers Union, affiliated to the All India United Trade Union Centre (AIUTUC), in Kalaburagi on Monday, State secretary of the union Mahesh Nadagouda said that the workers employed on contract basis have been deprived of all rights as provided for by various laws.

“The workers employed on contract basis in government-run hostels across the State are forced to work 10 hours and sometimes even 12 hours a day without any additional pay. Many of them don’t get leave as per the regulations in force. Most of the workers are not paid even minimum wages. And, wages are not paid to them every month. As all the representations to the government have been in vain, the workers need to get united and fight for their rights,” he said.

District secretary of AIUTUC V.G. Desai, pointing to the various problems that the nation as a whole is facing, said that the entire system has been spoiled by the successive ruling dispensations.

“The working communities in the country are reeling under a serious crisis. They are not getting just wages or income for their labour. On the other hand, the prices of essential commodities are skyrocketing. While the overwhelming majority of the population is impoverished, a few ultra-rich business houses are multiplying their wealth with the active backing of the ruling governments. Since the governments themselves have sided with the powerful, the powerless working population has no option but to fight for its just rights,” he said.