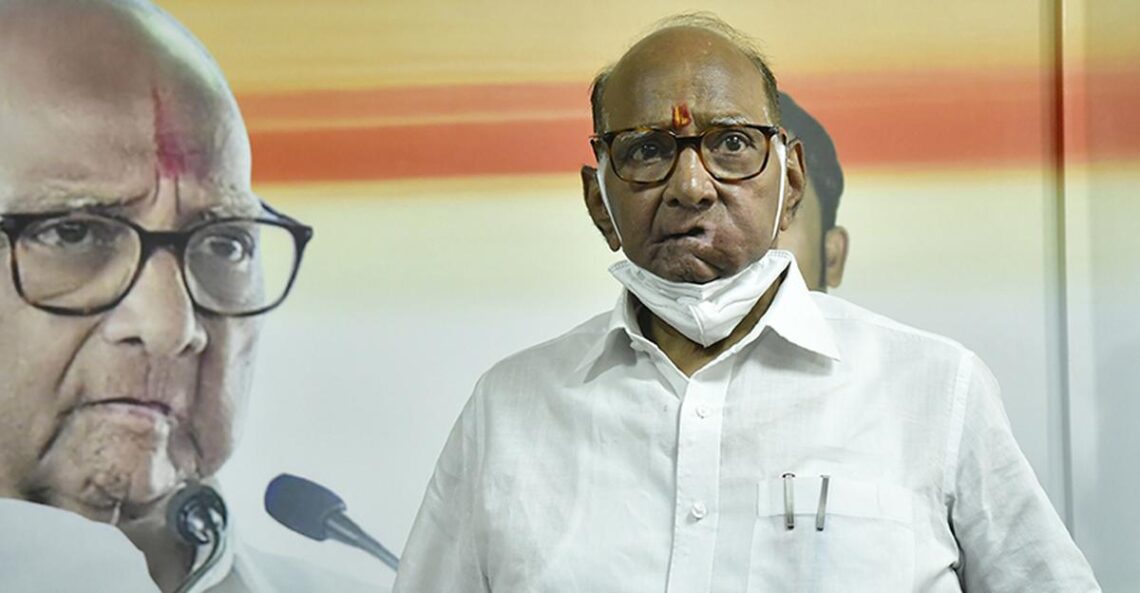 The NCP chief said if help needs to be given to farmers who are in crisis, the rules must be kept aside and people in power should prioritise cultivators

The NCP chief said if help needs to be given to farmers who are in crisis, the rules must be kept aside and people in power should prioritise cultivators

Nationalist Congress Party (NCP) president Sharad Pawar on Monday said the Eknath Shinde-Bharatiya Janata Party government in Maharashtra has failed to take concrete measures to help cultivators who have incurred heavy losses due to rains in parts of the State.

The former Union agriculture minister interacted with farmers in his home district of Pune to understand their grievances and losses faced by them due to heavy rainfall.

Talking to farmers in Purandar tehsil, Mr. Pawar rued the State Government was not ready to take concrete measures for cultivators who incurred heavy losses due to downpour.

Pune has received unusually high amount of rains in October.

During the interaction, the NCP leader empathized with farmers and told them he understood their pains and problems, and assured to make efforts to get relief.

“Farmers have incurred losses because of heavy rains. The government should take some concrete steps to steer them out of this situation. However, the present government is not ready to take these kinds of measures. The Centre has also been apprised of the situation on ground, but no concrete decision has been taken,” Mr. Pawar said.

He further said the State Government recently announced a complete waiver for farmers who have taken loans from Bhuvikas Bank, but sought to know how many agriculturists have availed of credit from the lender.

The State Government has announced a loan waiver of ₹964 crore from Bhuvikas Bank among other measures taken for development of the agriculture sector.

“Two to three days ago, the State Government announced a complete waiver for farmers who have taken loans from Bhuvikas Bank. Tell me in the last 10 years, has anyone here [referring to farmers present at interaction] taken a loan from Bhuvikas Bank? Do you even know whether Bhuvikas Bank exists?” Mr. Pawar said.

“The bank used to be there, but its loans had been defaulted for the last 25 to 30 years. Nobody goes for recovery of loans. So, after realising that loans cannot be recovered, they have waived them,” he said.

The NCP chief further said if help needs to be given to farmers who are in crisis, the rules must be kept aside and people in power should prioritise cultivators who have lost their crops due to heavy showers.

“While the groundwater levels have increased because of heavy rainfall and it will remain so for another two years, the State Government should pay for the current losses. We will take efforts for the same and if needed, we will agitate,” Mr. Pawar said.