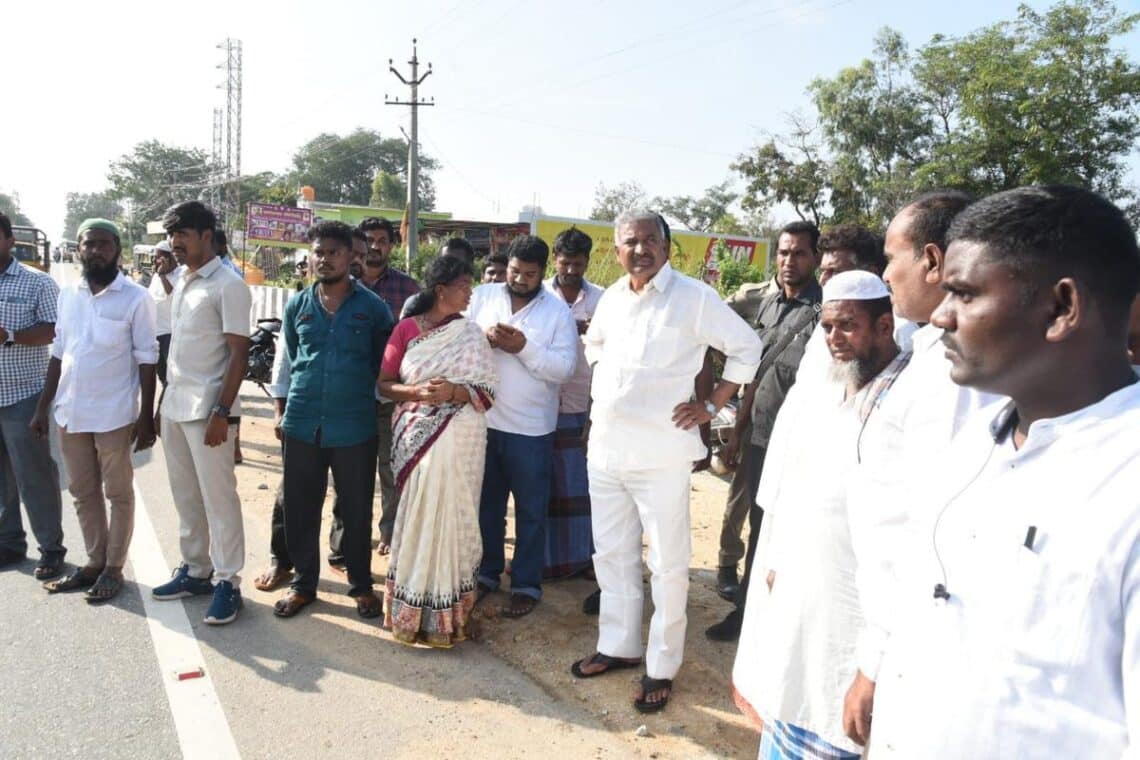 According to information, two daily wagers who were on their way to Punganur from Palamaner on a two-wheeler after attending to some repairs to agriculture pump sets met with an accident when their vehicle was mowed down by a van carrying a load of tomatoes. The van later hit a culvert wall and brushed with a police escort jeep before overturning.

One person, Subramanyam (30), of Brahmanapalle village was killed on the spot, while the pillion rider, Anand (45), of Mettapalle village received grievous injuries.

A couple of minutes later, the Minister’s convoy, while proceeding towards Punganur, halted at the accident site as there was a gathering of crowd. Mr. Ramachandra Reddy got down from the vehicle and directed the escort police to immediately shift the injured person to the government hospital at Palamaner in a vehicle from the convoy.

The villagers lauded the Minister’s prompt action. Mr. Ramachandra Reddy spoke to the family members of the deceased and the injured and assured them of all possible help from the government.

Deputy SP (Palamaner) C.M. Gangaiah said that the condition of the injured person was stable. A case was registered.