Need united efforts to be self sufficient in agriculture, PM Modi to farmers 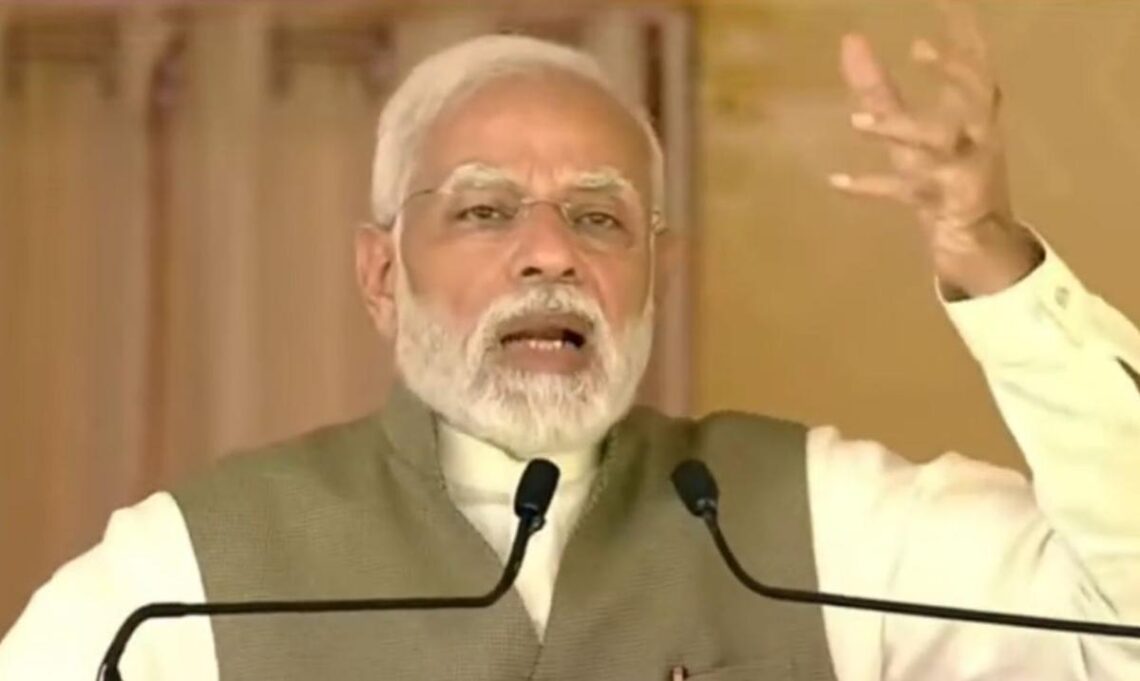 Prime Minister Narendra Modi has inaugurated 600 Kisan Samridhi Kendras and One Nation One Fertiliser Scheme New Delhi on October 17, 2022 at a conclave of farmers and about 1500 start-ups in the agriculture sector. Mr. Modi also released the 12th instalment of the PM Kisan Samman Nidhi. Under the scheme, ₹16,000 crore will be credited in the bank accounts of over 8.5 crore farmers. Mr. Modi said more than ₹2 lakh crore has been transferred to farmers’ accounts and it has helped them in managing the input cost.

Addressing the gathering, Mr. Modi said steps are being taken to modernise agriculture in the country. He said Kisan Samridhi Kendras will function as helping centres for farmers in this process.

The Prime Minister said the amount under the Kisan Samman Nidhi will be credited directly into the accounts of farmers. “There will be no mediators for this,” Mr. Modi added.

He said Urea factories in the country were closed down earlier to benefit the importers and added that after 2014, government took several steps and now the country is marching towards self sustenance in Urea production. “Nano Urea will help farmers to address the issue of scarcity in urea,” Mr. Modi said.

Historic day for farmer welfare. Launching initiatives for fulfilling the aspirations of our ‘Annadatas’. https://t.co/XSfZ1okHUW

The Prime Minister said the fertilisers will be rebranded as “Bharat” to help farmers and it will decrease the prices of major fertilisers as transportation cost will be regulated.

He urged the farmers to make use of technology in farming. “We have provided 22 crore soil cards to farmers so that they know the health of the soil,” he said and added that new varities of seeds are also being produced to meet the challenges of climate change.

The Prime Minister said as part of observing the Millets Year in 2023, the Centre will promote cultivation of millets.

He asked the farmers to be judicious in using water and the Centre is promoting “per drop more crop” schemes in promoting micro irrigation. 70 lakh hectares of the country has been brought into micro irrigation, he said.

Reiterating his support to natural farming, Mr. Modi said along with Himachal Pradesh, Gujarat and Andhra Pradesh, farmers of several States have joined the process of natural farming. He said produces of natural farming are getting new markets. He said fruit such as dragon fruits and millets from Uttarakhand have gained new markets abroad. “Agriculture markets are being modernised so that farmers can sell their produce sitting at their houses,” he said.

We are sending crores of rupees for petroleum products. Global problems are affecting the trade of these products. “Be it Urea or DAP, they are becoming costlier day by day and a country like India has to suffer. But this government is providing subsidy to essential fertilisers such as Urea,” he said and added the subsidy for Urea was about ₹ 2.5 lakh crore this year. “We need to work together to be self sufficient in agriculture,” he said. He congratulated farmers for increasing the production of pulses in the last few years.