Pooja Devi Breaks The Stereotype Being A Bus Driver

by Priyanka Sharma
in People, News, offbeat
Reading Time: 3 mins read
A A 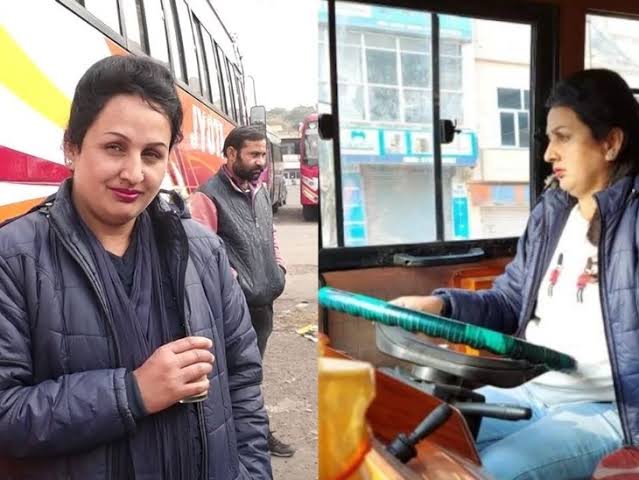 Who says women are behind men in professional life?

In every field you go, you will find a woman working and earning better than men!

Be it the field of acting or cooking or even corporate!

A woman is not only the backbone of a family but also the lifeline of it. Believe it or not, you name a profession and you’ll find a hard-working woman who will not only physically but also mentally support you!

Thus today, The Second Angle here brings you an inspirational story of a woman.

Pooja Devi drives a private bus carrying passengers from Kathua to Jammu, she is the first woman driver in Jammu and Kashmir.

Pooja is a mother of two children, she has driven cars since she was a teenager and claims that driving is her passion and love and always had a keen interest in driving heavy vehicles. Coming from a remote village, Sandhar-Basohli in Kathua district, this lady rose from all the downs in her life to not only prove herself but also all the women around the world, that there is no limit that women cannot reach!

#poojaMakeHistory
When Pooja Devi ferried passengers in a private bus from Kathua to Jammu on Thursday, this mother of two became Jammu and
Kashmir’s first woman bus driver. pic.twitter.com/k8E4BIfuN2

Pooja commented in her late thirties:

“My family did not support me initially. But, I am not educated enough to choose any other job, and this suits me. I used to drive a taxi to learn how to drive commercial vehicles. I also drove a truck in Jammu. My dream has finally come true.”

The only thing that bugged her and was stuck in her mind that why only men drive buses?
Why does she not see any women driving a bus?
And to shatter the stereotype of men driving heavy vehicles but not women,this became one of her many reasons to drive a passenger bus.
In her whole life she wanted to do something different, wanted to prove herself!

Even after achieving her goal, she did not stop. She wanted to be an inspiration to other women. In remote areas, women are not generally self-dependent and sometimes not even supported by their families! By keeping this picture in her mind, she wanted to inspire other women to follow their dreams, to believe in themselves and not give up. The main thing in life is to get up again if you fall and she wanted them to understand that.

Pooja feels very grateful and satisfied after being offered this job of a transporter in the Jammu-Kathua-Pathankot highway. The highway experiences heavy traffic footfall which makes it difficult for drivers to commute. But what is that a dreamer cannot achieve?

She did not mind it at all. Instead, she was happy to take up this task. The only thing left in the way for you to achieve your dream is your environment. The people you are surrounded with is one of the major things and definitely cannot be ignored.

Pooja claimed that her male colleagues have been more than welcoming! And if her environment is right then she can easily brush off the stares and comments of people and society.

The society requires more role models like Pooja to inspire us. They, by breaking stereotypes are drawing a fine line between men and women! 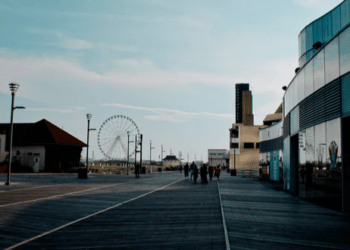 Atlantic City is filled with lots of fun things to see and do. Here are the top ten places to... 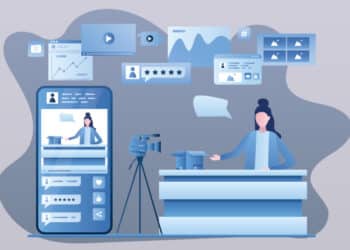 Exploring the Tech they say Every B2C Business Should Consider Integrating

It seems like every year there’s a new piece of technology that will change how everyone does business. From computing... 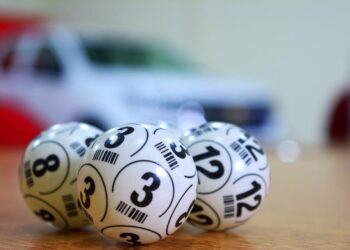 Matka is a game that originated in India and has since made its way into various lotteries around the world.... Grow Your Confidence with Comfortable and Stylish Leggings

The present-day time is an era of style and fashion. Everybody wants to look happening, elegant and appealing. Since it...

The Peril of the Eye, Urgent Action Needed