Recalling 5 Masterpieces Of Rajkumar Hirani On His 58th Birthday

The man behind the making of masterpieces ranging from the 'Munna Bhai' series to 'Sanju', Rajkumar Hirani is celebrating his 58th birthday today. To know about how his journey has been to date in becoming the most sought after filmmakers in Bollywood, read more. 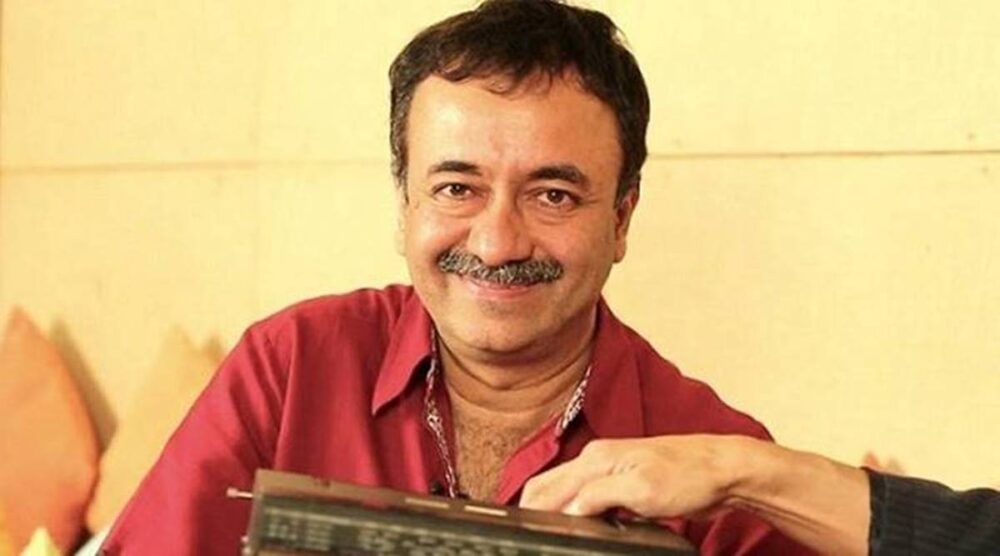 Rajkumar Hirani is one such big name in the Hindi film industry when it comes to filmmakers who have an aced art of portraying socially cooked-up stigmas with light-hearted comic films. It is his passion for making films on different subjects with a flavor of humor-filled in it that all of his films have earned him praises and accolades. His success in the directorial venture has brought him under the light of the best filmmakers existing in Bollywood.

Since the early days of childhood, Hirani was very much involved in theatre and later when he graduated, he wanted to pursue acting as a career option and went ahead applying to an acting course at FTII, Pune. Unfortunately, that course got closed and there were slight chances to get into a film direction course owing to a large number of applications for the same. So, he had to satisfy himself with the editing course there.

Even though he had a major done in editing but his heart lied in filmmaking but due to successive failures in making a cut in films, he ended up choosing a copywriting job in the advertisement industry. After having done well there, he started assisting director Vidhu Vinod Chopra in editing trailers of ‘1942: A Love Story.’ After years of working on editing short promos, he got his first major breakthrough as a full-time editor in Vidhu’s directorial film ‘Mission Kashmir.’

Soon, he bagged a project of Munna Bhai series under the banner of Vidhu Vinod Chopra films to direct the first one in the series i.e. ‘Munna Bhai MBBS’ and further ‘Lage Raho Munna Bhai’ after the huge success of the former.

Today on his 58th birthday, TSA brings you all those 5 films which proved his exceptional art of story-telling. Let’s take a look.

The 2003 film gave Bollywood a promising director in Raju Hirani, whose extraordinary style of putting out a social message in the film earned a lot of awards and also applauds from critics. The film once again revived the drowning career of Sanjay Dutt and also gave us catch-phrases like ‘Maamu’, ‘Circuit,’ ‘Munna Bhai’, ‘Jaadu ki Jhappi,’ which are still on run after these many years of release.

This film was the second installment in the ‘Munna Bhai series’ and came out in 2006 to spread the principles of Mahatma Gandhi. It had proved to be successful in commercial terms as well as inspiring the audience to adopt ‘Gandhigiri’ instead of ‘Bhaigiri.’ Seeing Munna Bhai giving up his short-tempered attitude and owning the ideals of non-violence truly encouraged the youth to take up the same for a noble cause.

This 2009 film was supposed to be the coming-of-age film that talked about the flaws in our current Indian education system and how engineering students are trying hard to cope up with the pressure of academics. Raju beautifully distinguished between what success is perceived by society and what success actually should be. The film left a deep satire on how students are made to run in a life-long race killing their own interests, passion, and dreams just for the sake of making family and others happy.

After having made 3 Idiots, Hirani took a 5-year break to come up with his next as ‘P.K’ which hit hard at the fraud being done with the people in the name of religion in India. Aamir in the role of an alien, who is in search of God to help him return to his planet, was phenomenal in pointing out the corruption which is rampant due to self-styled Godmen fleecing their devotees. The subject was so sensitive in the Indian context that soon after the release of the film, some section of people came out in protest against it and calling for a ban for having hurt their religious sentiments. However, the film went out to become the highest grosser of all time despite the protests.

The last film directed by Raju Hirani came out in 2018, which was based on the real-life story of his good friend, actor Sanjay Dutt. The film showed the life of the actor before becoming a drug addict, then moved to the phase where he became one and later how he struggles with his addiction. This was way different from what Hirani used to direct earlier as it was a Biopic on a living character whereas his previous films carried a social message or satirical message.

Now, the rumors are rife that Raju Hirani is in talks with actor Shahrukh Khan on making his next which is expected to be based on ordeals of immigrants in the USA.

Well! For now, we at TSA wish him a very Happy Birthday and a blessed year ahead that brings him his fortunes and to us, many good films to watch.

Also Read: 10 Most Expensive House Plants to Decorate Your Lifestyle