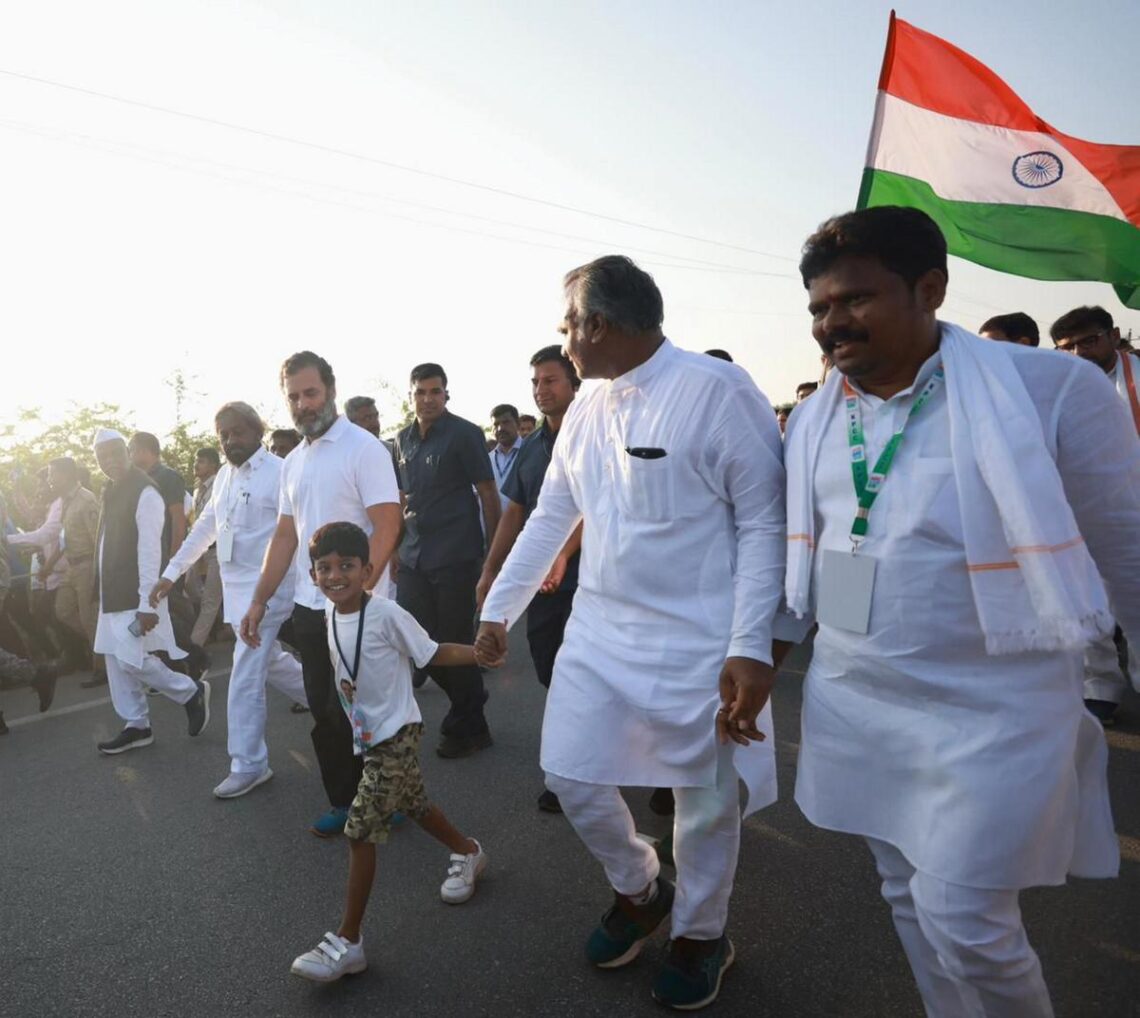 The swirling waters of Krishna river were in tune with the high spirits of the thousands of Congress workers gathered at the Krishna river bridge to welcome Rahul Gandhi for his Telangana leg of the Bharat Jodo Yatra on Sunday.

As the early morning mist faded away, Mr Gandhi walked into Telangana from Devasugur village in Raichur district as the crowds cheered him and slogans of Bharat Jodo renting the air. Young and old alike vied with each other to have a glimpse of him as he waved his hands to the waiting crowds.

Mr Gandhi walked into the birdge on Krishna river that connects Karnataka and Telangana along with the Telangana Congress Committee president A Revanth Reddy who held a huge Congress flag on his shoulder.

What followed them was a surge of Congress workers coming from Karnataka creating a sense of oneness as the followers from Telangana welcomed them with enthusiasm and slogans of Rahul Gandhi filling the air.

The One Km long bridge was filled to the brim to welcome the Yatra as Mr.Gandhi whose brisk pace of walk left all the senior leaders way behind.  Mr Revanth Reddy matched him to some extent in the pace.

Traditional welcome with folk dancers from Telangana highlighting the achievements of Congress governments over the years was given to Mr. Gandhi at Gudeballur, the first village on the Telangana side.

He suspended his Yatra at the village for a three-day break and flew by a chopper to Hyderabad from where he will take a flight to New Delhi. He will resume his Yatra from the same place on October 27.

Who's on the Chinese Communist Party's new Politburo Standing Committee?