Shahrukh And Salman to Share Screen Again In Pathan

There is more to cheer for Shahrukh fans as he is not only making his comeback after 2 years but also going to reunite with Salman Khan in the upcoming movie, Pathan.

by Sami Majid
in Entertainment
Reading Time: 2 mins read
A A 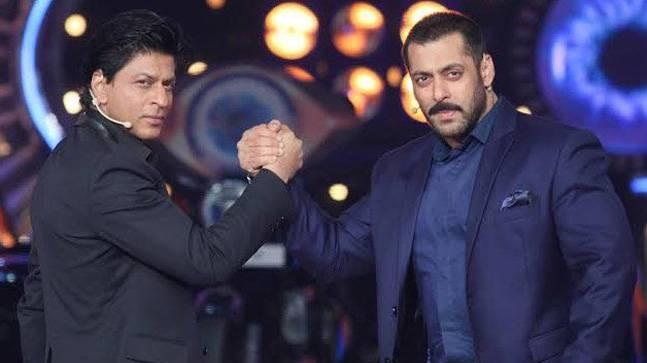 Shahrukh Khan fans have been waiting for so long for his next movie since SRK’s last release, Zero. After a long gap of 2 years, he has shared the news of his next work “Pathan”.

Along with this good news, other good news has come. According to Mumbai Mirror, Shahrukh Khan will be back on the silver screen, that too along with Salman Khan. It is believed that Salman Khan will be doing a short cameo in Shah Rukh Starrer ‘Pathan’, Salman also did a special appearance in Shahrukh’s last, ‘Zero’. ‘Pathan’ got delayed in its making because of the ongoing pandemic. The action thriller ‘Pathan’ will also have John Abraham and Deepika Padukone in lead roles.

This news is no less than a gift to both Shahrukh and Salman fans, who have already shown love to their cameos in Kuch Kuch Hota Hai, Om Shanti Om, Tubelight and Zero. Although the last releases of both the actors, Tubelight and Zero did not do well at the box-office, their appearances were praiseworthy.

It will be interesting to see how this duo is going to create magic again on the screen. As of now, the details of Salman’s cameo are not out yet.

As per the official reports, Shahrukh will start the shoot at the end of this month, and the movie is expected to hit the screens in Diwali 2021.