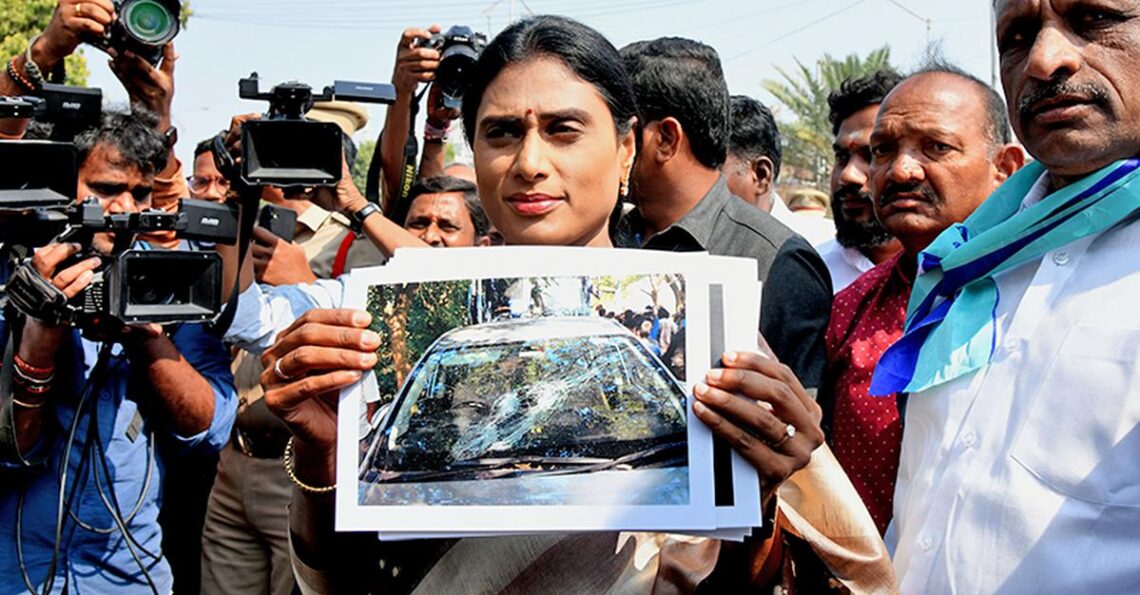 Working president of the Telangana Pradesh Congress Committee (TPCC) T. Jayaprakash Reddy has observed that Y.S. Sharmila, president of YSR Telangana Party, is creating an uncomfortable situation to Andhra-origin people settled in Telangana, particularly in and around Hyderabad with her uncalled for remarks and “loose talk”.

Talking to reporters here on Friday, he said it had now become clear that Ms. Sharmila was an arrow set-off by the Bharatiya Janata Party and it was unclear, as of now, as to whom it would hit and hurt. Although she was claiming herself the daughter-in-law of Telangana, she was a heir of Rayalaseema politics and had nothing to do with Telangana.

He alleged that she was giving a build up as it was only she who was raising the issues concerning people. She was trying to fan regional differences in Telangana even after bifurcation of combined Andhra Pradesh into A.P. and Telangana where people of Andhra-region were living comfortably. However, her comments were amounting to disturbing the people of Andhra region settled here.

Stating that he would leave Ms. Sharmila for making mindless personal comments on individual leaders and some issues, Mr. Jagga Reddy said he would speak about Brother Anil and Ms. Sharmila. He felt that even a “leader with vision” like N. Chandrababu Naidu had left Telangana for good and suggested that Ms. Sharmila’s theatrics too would not last for long.