How much can individuals go for power, Saif Ali Khan’s Tandav is coming to uncover

Tandav Trailer: Saif Ali Khan, Dimple Kapadia, Sunil Grover, Amaira Dastur, and Zeeshan Ayyub starrer 'Tandav' series has been released. This series has been made as a series of 9 episodes. This is the exciting debut in the digital streaming world of producer and director Ali Abbas Zafar. He has assured to give a great thrill to the audience.

by Faraz Ahmad Khan
in Entertainment, News
Reading Time: 2 mins read
A A 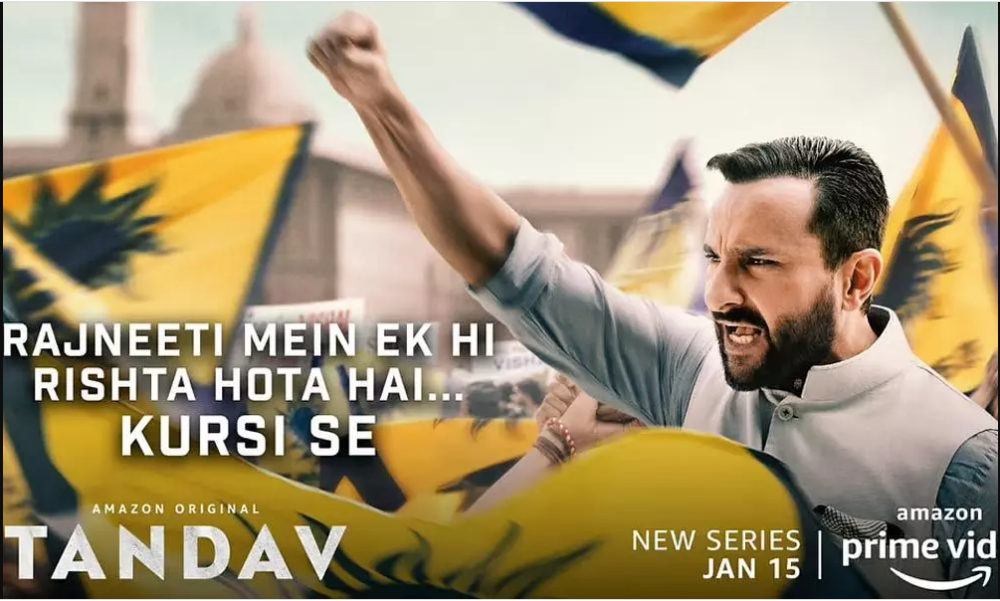 The trailer has been released. The trailer has rocked YouTube as soon as it arrives. Politics is seen taking many important turns in the trailer. The surprising thing is that for politics and the throne, people are also seen as enemies.

‘Tandav’ is a web series directed by Ali Abbas Zafar and produced by Himanshu Kishan Mehra.

The trailer of the ‘Tandav’ series takes the audience behind closed and frayed corridors of power and politics. Set in the capital of the world’s largest democracy, this series is an entertaining and fictional drama that shows the extent to which people can go in search of power.

Talking about his character Saif Ali Khan said, “The entertainment industry in India is going through a renaissance and stories like Tandav are at the forefront of this change. For me as an actor, a good part of dramatic writing and an engaging composition of gray characters is always exciting. As I read about the complexities of my character Summer and dive deep into the world of Tandav, I understood that I had to play this character. I am waiting for the show to be released on Amazon Prime Video. ”

‘Tandav’ is a thriller drama, in which Dimple Kapadia is seen playing the role of ‘Anuradha’. Talking about her character in the series, she said, “Anuradha is a character I have never played before and I am happy that I am making my digital debut in digital streaming with a show, which is equipped with a reliable artist and crew.

With so many layers and so many characters, I hope that this series will impress the audience and attract the audience. “Let me tell you that this series, composed and directed by Ali Abbas Zafar, will premiere on Amazon Prime Video from January 15, 2021.

Set in the capital city of the world’s largest democracy, the ‘Tandav’ will take viewers into closed chaotic corridors of power and reveal the secrets of those who seek power and power, along with manipulations and puzzles. Tandav can go to great lengths.

Keep checking this space for Tandav’s more updates and review.