Top 10 most expensive movies ever

10 of The Most Expensive movies To Have Ever Been Made To Date Have you ever wondered how much your favorite films cost to make? From the CGI to casting big names and shooting at the most exquisite locations, there is a lot that goes into making a film.

by TSA Desk
in Entertainment, Infotainment
Reading Time: 2 mins read
A A 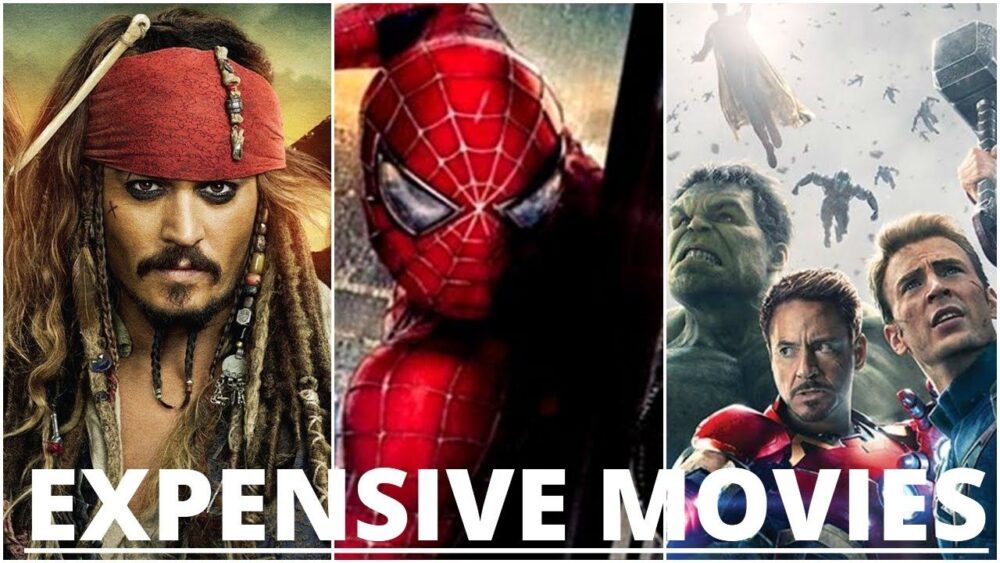 Here are the top 10 most expensive movies to have ever been made:

This Johnny Depp film is the most expensive movie to ever be made. It is estimated to have cost up to a whopping $410.6million in total, minus the additional marketing cost. Johnny Depp was actually paid $55.5 million for his role as Jack Sparrow.

This 2015 film of the superhero franchise is the second most expensive film in the world. What made the movie so expensive? Fans speculate that 80% of the budget was just the epic final battle.

This 2019 film had a huge budget but it seemed to be absolutely worth it because the movie made over $900 million in profit just a year after its release.

The actual budget of this film is still murky since some speculate that the movie actually cost up to $400 million. At the time of its release in 2018, the film was actually the second most expensive film to be made.

Starring Johnny Depp, Keira Knightley, and Orlando Bloom, this third installment of the Pirates of the Caribbean film series cost the makers $300 million. At the time of its production in 2007, it was the most expensive film ever made.

While the 2017 version of this film sits on the 6th spot, it is rumored that the Snyder Cut of Justice League will cost an additional $70 million – which will put the movie on the second spot of this list once it is released.

This high-budget film cost the makers at Disney a huge amount and also became the first star Wars film to be a complete flop at the box office.

This 2019 film with a budget of $275 million was said to bring home the lowest profit out of the Disney trilogy titles. Which includes Star Wars: The Force Awakens, Star Wars: The Last Jedi, and Star Wars: The Rise of Skywalker.

Though the production cost of this Disney film stood at $264 million, this 2012 film is rumored to have actually cost the makers $307 million – which would put it on the 4th spot of this list. Based on books by Edgar Rice Burroughs, the author of the Tarzan series, this film was a complete flop at the box office.

Starring Ben Affleck, Henry Cavill, and Gal Gadot in lead roles, this Zack Snyder film had mixed reviews at the box office.
So, what else do you think we should cover in our next video? Leave a comment below.
We hope you enjoyed the article.
See you next!