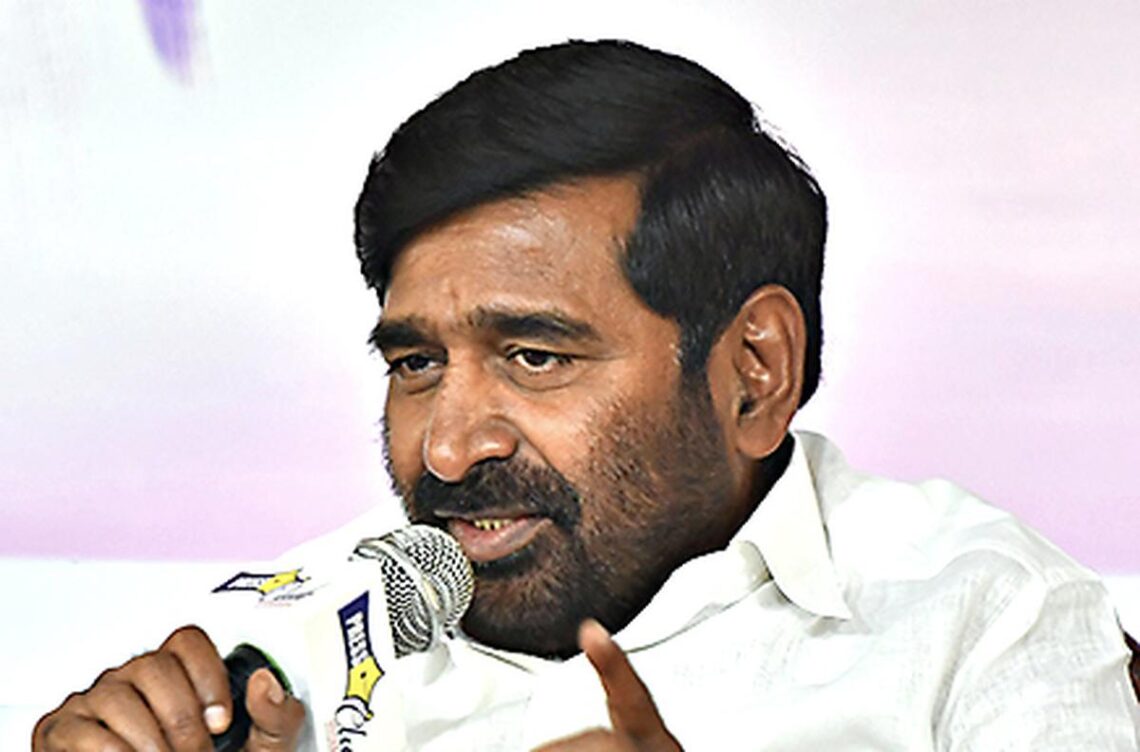 Tone and tenor of Guntakandla Jagadish Reddy‘a speech was in the nature of intimidation of voters, says EC

Tone and tenor of Guntakandla Jagadish Reddy‘a speech was in the nature of intimidation of voters, says EC

The Election Commission of India (ECI) on Saturday censured Telangana Energy Minister Guntakandla Jagadish Reddy for violating the Model Code of Conduct (MCC) ahead of the Munugode byelection, a day after issuing a notice to him and demanding an explanation for a speech in which he allegedly said the State-sponsored welfare schemes would be stopped if people did not vote for the TRS candidate in Munugode.

After examining his reply, which was furnished within the 3 p.m. deadline issued to him, the Commission said it was convinced that the “tone and tenor” of Mr. Reddy’s speech was in “the nature of intimidation of voters”, making it a violation of the provisions of the MCC.

Accordingly, it has prohibited Mr. Reddy for 48 hours starting 7 p.m. on October 29 from holding any public meetings, processions, rallies, road shows and interviews as well as public utterances in the media in connection with, or having an impact on, the ongoing byelection.

“The Commission observes that being a Minister in the State Government and Star Campaigner for the TRS party in the byelection…Sh. Guntakandia Jagadish Reddy, has an added responsibility to lead by example and uphold the provisions of Model Code of Conduct,” the ECI noted.

The ECI had, on Wednesday, received a complaint from the BJP’s Kapilavai Dileep Kumar, alleging that Mr. Reddy had in a speech a day earlier in the Constituency said voters “not interested in pension” can vote for the Bharatiya Janata Party and those who “want schemes” should vote for the BRS’ candidate.

The transcript of Mr. Reddy’s speech, which was sent to the EC from the Chief Electoral Officer (CEO), Telangana, had quoted the Minister as saying that the byelection was not between rival candidates but revolved around the continuation the State-sponsored pension of ₹2,000, the Rythu Bandhu scheme which is aimed at farmers’ welfare, free round-the-clock electricity and a pension of ₹3,000 for the differently-abled.

The MCC requires political parties and candidates to avoid activities that are “corrupt practices and offences under the election law” such as bribing, intimidation and impersonation of voters among others.

‘An attempt to explain’

On his part, Mr. Reddy, in his reply to the Commission, contended that he had never delivered any speech stating that all welfare schemes will be stopped if people do not vote for the contesting candidate. The said speech, he stated in his reply, was an attempt by him to “explain the welfare schemes” being provided by the State Government and did not fall under the definition of corrupt practices.

Such statements, the Minister had also contended in his reply, were “nothing new” and had been made by him and leaders of the TRS much prior to the issuance of the Notification by the Election Commission of India for the byelection.

“He also submitted that he had never used the words that we will stop the welfare schemes if people do not vote to the contesting candidate and the allegations of the complainant were vague, false, concocted, untrue and were made for the purpose of creating a complaint,” an EC source said.