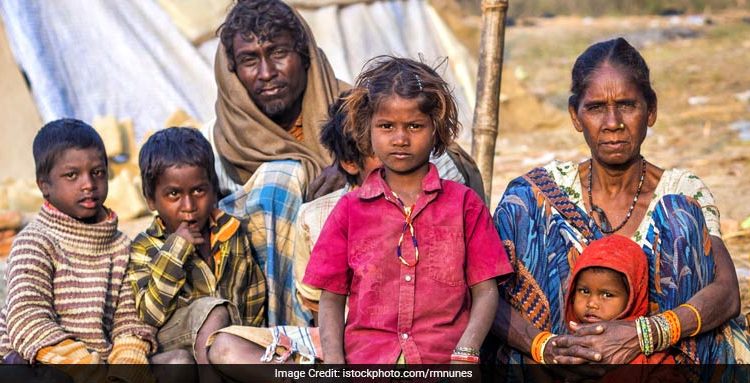 UNICEF report: Life of 600 million children are at Risk in South Asia

The report suggests In the worst-case scenario, nearly 8,81,000 children will die of age 5 or under and 36,000 mothers over the next twelve months.

In June, a  report was published by the UNICEF  — titled ‘Lives Upended: How COVID-19 threatens the futures of 600 million South Asian Children’. This report stressed on several aspects like education, Health care, Child Protection, Water and Sanitation, Nutrition, and Youth and Community Engagement.

The finding of this report is extremely dreadful for the future of 600 million children of eight South Asian countries, which points out in the worst-case scenario, nearly 8,81,000 children will die of age 5 or under and 36,000 mothers over the next twelve months as an indirect consequence of COVID-19  pandemic. The bulk of deaths will happen in India and Pakistan.

The report predicts a substantial spike in the number of children living in abject poverty due to the social and economic repercussions of COVID-19 and suggests that the pandemic could push an additional 120 million children below the poverty line within the next six months.

As of 2016, around 240 million children across eight South Asian Countries were living in multi-dimensional poverty. Of these, more than 155 million were found to reside in India alone. Cash transfers and other measures can prevent families from slipping into poverty.

“The journey for these children was arduous enough”, said UNICEF India representative Yasmin Haque. “And many of them have continued to suffer from abuse, uncertainty, stigma, and discrimination even after they reached home.”

The report also recorded a marked increase in the number of calls received by the state-run child protection helpline — CHILDLINE, launched by the Ministry of Women and Child Development. “CHILDLINE received 460,000 calls in 21 days from March 20 to April 10, a 50% increase from their regular call volumes. Nearly 10,000 of these were intervention cases that required CHILDLINE staff to reach the children in need of support. Of these 30% were related escalation in violence, child sexual abuse, child marriage, and child labour,” the report said.

The increase in economic distress threatens to cause a spike in child marriage, child labour and, institutionalization of children in childcare homes (due to rural and economic distress, domestic and gender-based violence, and impoverishment). Children on the move and/or on the streets, and increased risk of trafficking and sexual abuse and exploitation. Experience from previous health emergencies show that children are at heightened risk of exploitation, violence, and abuse, including risks online, when schools are closed, social services are interrupted, and movement is restricted.

Health and Nutrition are also among the critical elements pointed out in this report. Impact of the pandemic on healthcare With state health facilities focussed on mitigating the impact of the deadly virus, many children from poor and marginalized communities are no longer getting the treatment they need for other illnesses. The situation was further aggravated by the imposition of nationwide lockdowns and the subsequent suspension of public transport, the report said.

Johns Hopkins Bloomberg School of Public Health showed that the reassignment of health workers, equipment, and facilities as well as the disruption to the global pharmaceutical and medical supply chain caused by the pandemic, has shifted the focus from essential maternal, new-born and child health services.

The worsening threat of food insecurity due to the massive loss of jobs and dwindling incomes, poor families are finding it harder than ever to provide nutritious meals for their children, the UNICEF report says. With food prices rising and disruption to transport links and markets, marginalized and poor populations — particularly those in urban areas — are faced with the growing threat of food insecurity.

Prior to the onset of the COVID-19 pandemic, around 7.7 million children under the age of five were suffering from severe wasting and more than 56 million were stunted. As many as 40 million of these children were in India alone, the report stated.

More than 32,000 children living in remote pockets face an even greater risk. A large number of children, who previously relied on state-run lunch programmes — such as the mid-day meal scheme in India — are no longer benefiting from these government schemes. For many children in South Asia, these were the only meals they received in a day, the report pointed out.

The report also pointed out the repercussions of the COVID-19 pandemic over education. Education of over 247 million school children affected in India.

The report stated that the COVID-19 lockdown in India has adversely impacted the education of over 247 million school children enrolled in elementary and secondary schools, apart from the 28 million attending pre-school classes in the countries’ many Anganwadi centres. Even after the Lockdown ends, many of these children might not be able to attend the school due to economic and social instability that is incurred upon the families during this pandemic.

Moreover, in countries like India and Nepal several hundred schools were designated as quarantine accommodation for returning overseas workers and others. Once schools are reopened, communities will have to ensure that these spaces are adequately disinfected, the report read.

“The powerful knock-on economic and other effects of COVID-19 threaten to roll back the hard-won progress in advancing children’s rights that South Asia has made in recent decades. They will also undermine the region’s hopes of achieving its UN Sustainable Development Goal
targets” referring to, the report.

UNICEF has called on governments across South Asia to continue interventions to provide life-saving vaccinations in response to outbreaks of illnesses like measles, and cholera. It also urged states to protect children against violence by keeping phone helplines open and referral networks functioning.

Massive 300% Surge in cyber attacks from China on India since Galwan clash, the threat is real, report says