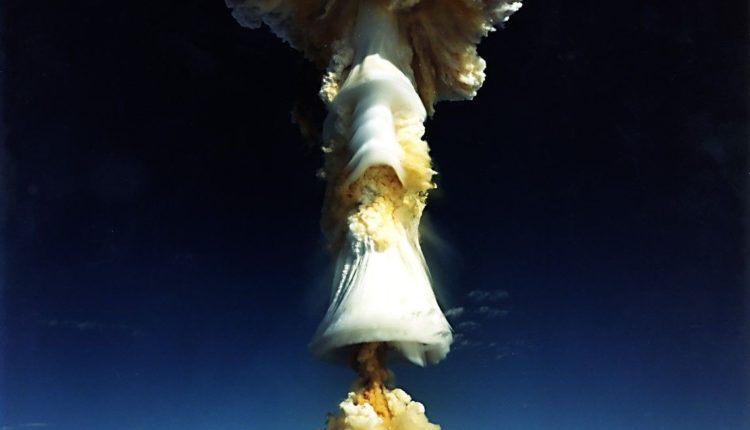 July 16, 1945 – The Trinity test, the first-ever detonation of an atomic bomb, took place in New Mexico as World War II raged across the globe. 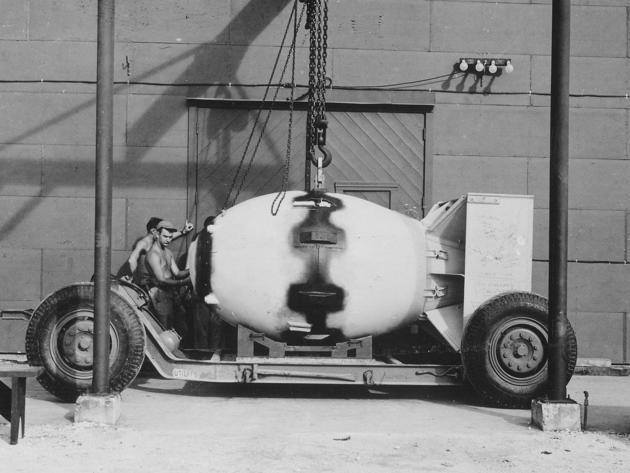 Fat Man – the bomb that was detonated over Nagasaki, Japan. Here it is seen on a transport carriage after assembly on Tinian Island, 1945.

When the project was completed, What Oppenheimer said: It worked. What he meant: We knew the world would not be the same. A few people laughed, a few people cried. Most people were silent. I remembered the line from the Hindu scripture, the Bhagavad Gita; Vishnu is trying to persuade the Prince that he should do his duty and, to impress him, takes on his multi-armed form and says, ‘Now I become Death, the destroyer of worlds.’ I suppose we all thought that, one way or another.

The Batman- Rebooted and better than ever

Aligarh: Land acquisition started for the establishment of…

I think one of the great misread “what if” in history was not how building the atomic bomb would have saved them hundreds of thousands of American and Soviet lives upon the shores of Japan, but what would have happened afterwards. I know a common high school essay question is “Would that bomb have won the war early enough to prevent a North and South Japan?” but if the bomb could have done that how else would it have changed history?

Think about it for a moment, a bomb supposedly so large and explosive that it could wipe out an entire city, or at least the core of one. Destroy a field of tanks as large as the ‘Drive to Munich’ or a fleet at sea. What would the threat of that do to the rest of the world? Would it scare the Soviets enough not to push into what was West Germany to “unite families?”

Could it have been a big enough deterrent to having helped the Free Chinese keep Taiwan back in the ’70s or stopped the three European shooting conflicts after the German Democratic Republic reunification? I don’t know if a weapon like that would have been a hidden curse for this world but I know having the bomb would supplement American manpower enough that we wouldn’t need our fourth draft in as many decades to attempt parity with the East and provide some means of dissuading conflict. Maybe someday we will get scientists on it again, maybe someday we will be at peace.

The World of Plastic Beauty

A call for Separatism; Assets and Liabilities.