The good news is that Netflix is currently streaming some of the best anime programs of all time. Here are the Best Animes on Netflix to watch right now. 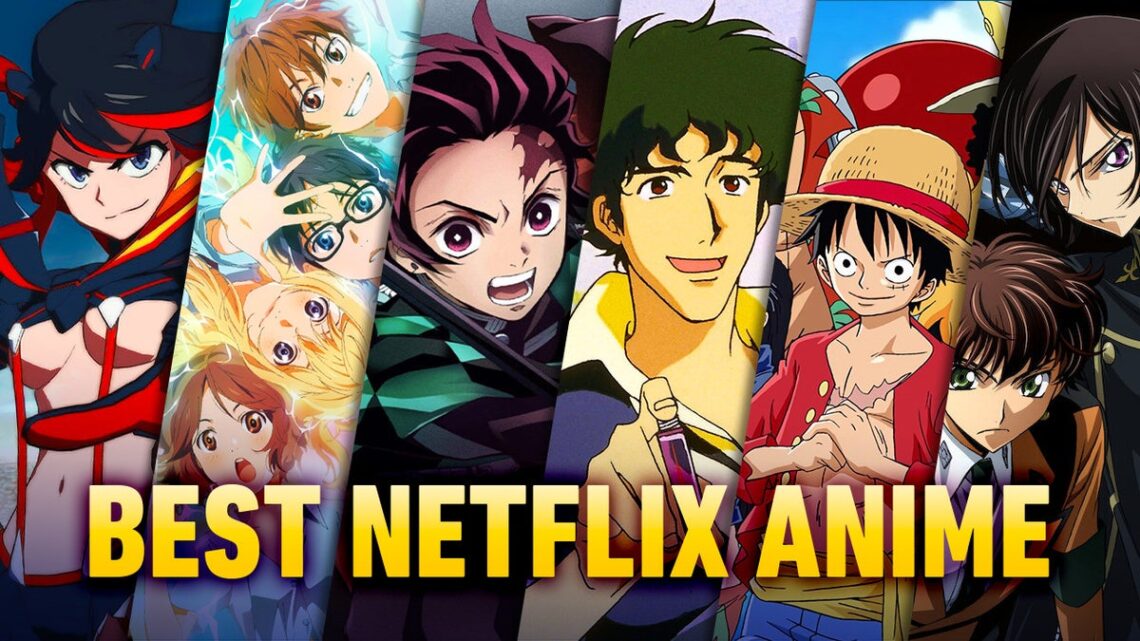 Western cartoons, current movies, and even fashion designers have all been influenced by Japanese animation. Despite its lowbrow and nerdy reputation, anime is nonetheless one of the most experimental genres in contemporary art. However, if you start with the wrong series, it can be difficult to get into it. The good news is that Netflix is currently streaming some of the best anime programs of all time. In this article, we are going to discuss the 10 best anime on Netflix to watch right now that you should definitely watch in the year 2022.

Netflix has added some amazing anime titles to its library in the last year. In addition to classic series, there are also plenty of originals that are holding their own against well-established franchises. The streaming service made a point of introducing a diverse range of genres, with lots of action, comedy, and romantic shows to select from.

The bad news is that there are a lot of pretty terrible TV shows to filter through on the streaming service.  Fortunately, we’ve already done the legwork for you by sifting through the platform and uncovering the hidden gems you’ll want to watch.

We’ve gathered the best anime on Netflix and prepared a list of the best, from treasured classics to next-wave Netflix anime brilliance. The list of the 10 best animes on Netflix to watch is given below. Take a look and choose your pick!

Check out our list of the 10 best Animes to watch on Netflix right now:

Hunter x Hunter follows Gon Freecss as he embarks on his quest to become a Hunter. He’s your usual shonen savior-figure hero, but thankfully he keeps the boring, repeating chants to himself. His dedication to others drives the plot, and his determination to see the best in others becomes a marvel of the series.

You must invest emotionally in this powerful friendship between these two lads. By presenting them against much older, more experienced adversaries, Togashi highlights their youth and inexperience and adds great mentors who help them grow.

The incredible feats of willpower you’ll see in this anime will transform your life. Hunter x Hunter is definitely one of the best anime on Netflix to watch.

Cowboy Bebop, Shinichiro Watanabe’s 1998 sci-fi western noir anime released by Sunrise, is widely regarded as one of the best anime series ever produced.

The series is set in the year 2071 and follows the adventures of four characters: Spike Spiegel, Jet Black, Faye Valentine, and “Radical” Edward as they travel across the solar system in search of criminals and bounty hunters.

Cowboy Bebop is an enduring classic of the medium for its rich storytelling, heady themes, and spectacular and eclectic score by composer Yoko Kanno.

A retro-futuristic pastiche that draws from several dozen influences in the creation of its own universe, Cowboy Bebop is an enduring classic of the medium for its rich storytelling, heady themes, and spectacular and eclectic score by composer Yoko Kanno.

Erased will overwhelm you and keep you watching as a psychological thriller anime. The story follows Satoru, a 29-year-old man with the uncontrollable ability to travel back in time whenever anything horrific occurs in his immediate area.

He’s used this talent to prevent a lot of bad things from happening in his life, but it’s never taken more than a few seconds or minutes.

However, after a run-in with a serial murderer triggers past memories and results in death, Satoru discovers that he must travel back 18 years to his fifth-grade body in order to stop the killer.

The Promised Neverland features a group of orphaned youngsters who learn that their adopted guardian is grooming them to be consumed by demons. While hatching an escape plan, the children must stay one step ahead of their would-be guardians while hunting for clues to the intriguing world beyond their isolated home’s walls.

The third part of the Castlevania video game trilogy, Castlevania: Dracula’s Curse, is the inspiration for this Netflix original animation. After two fantastic seasons, the third is finally here. Though many of the best anime shows are eventually dubbed into English, this show was created primarily for an American audience.

Castlevania is a must-watch if you’re wanting to fill that sci-fi gap in your heart that never goes away, with plenty of action, intrigue, vampires, and smart one-liners. It went on to become one of the best animes of all time.

The Netflix original animation Great Pretender is a rollicking comedy-drama with equal parts style, intellect, and explosive action, directed by Hiro Kaburagi and produced by WIT Studio and is one of the best anime on Netflix to watch right now.

The series follows Makoto Edamura, a small-time Japanese conman who is taken under the wing of the dashing heist maestro Laurent Theirry, as he and his intrepid band of thieves swagger from one beautiful locale to the next in their campaign to rob the world’s most notorious criminals of their ill-gotten gains.

The visual design of Great Pretender is truly amazing, with exotic cities and nations presented in beautiful layouts and backgrounds influenced by British designer Brian Cook.

Bleach is a terrific show if you appreciate big swords and spooky ghosts to afterlife themes. It’s been compared to the immortal magnificence — and episode count — of anime like Naruto and One Piece.

Ichigo is a Soul Reaper, which means he is in charge of safeguarding humanity from bad souls and assisting the recently deceased in their transition to the afterlife. It’s creepy, dramatic, and fantastic. This makes it a definite watch and it is among the best animes to watch on Netflix right now.

Go Nagai is a well-known personality. Apart from being one of the founders of the “Super Robo” type of mecha with his creation Mazinger Z, he is also noted for generating works that broke taboos and prompted the anime industry’s transition away from children’s programming and toward darker, more sexually charged material.

Akira’s best buddy informs him that ancient demons have returned to reclaim the planet from humans, and advises him to join forces with one. Akira succeeds in doing so, transforming into Devilman, a being with demon-like abilities but a human soul.

As a result, Akira embarks on a cruel and depraved struggle against evil. Humanity devolves into paranoia and violence as a result of the dread of demons, and Akira sets out to save other demon-human hybrids like himself.

This dark, exciting, and suspenseful Netflix original anime series is dark, exciting, and intriguing. If you enjoy good thriller anime and are searching for something fresh to see, this is a good choice. It’s set on a technologically advanced planet, and a legendary investigator for the Royal Police is on the hunt for a serial killer known as Killer B.

Naturally, the plot thickens from there, revealing a shadowy criminal organization and some horrifying human experimentation. It is also among the best animes to watch on Netflix of all time. If you like dark and thriller animes this is the perfect one to watch.

It was released in the year 2021. Eden is an aesthetically and descriptively gorgeous anime that can be easily binged in a day. It is seen as a more family-oriented anime series (in that there aren’t any very graphic scenes or excessive fanservice).

One of the remaining humans on future Earth was raised by robots, but that doesn’t stop her from uncovering convincing evidence of her rash forefathers. Eden is a unique anime and one of the best animes to watch on Netflix right now.

Netflix has added some amazing anime titles to its library in the last year. It is hard to choose from a wide variety of stuff to watch. We have mentioned some of the best animes to watch on Netflix that you won’t be disappointed with. We hope you like this article. Also, do tell us about your favorite animes in the comment section below.